Prosecutors dropped a misdemeanor battery charge and a warrant for his arrest today.

Tampa Bay Buccaneers
After today’s win against New York, Bruce Arians simply said that Brown is 'no longer a Buc.'
For the last month, former Bucs wide receiver-turned rapper Antonio Brown has been dodging the Tampa Police Department because of a November misdemeanor battery charge stemming from a verbal altercation with his ex-fiancé.

But on Wednesday,  prosecutors with the Hillsborough County State Attorney’s Office stated that no charges would be filed in the case, and the warrant for his arrest has been cancelled. 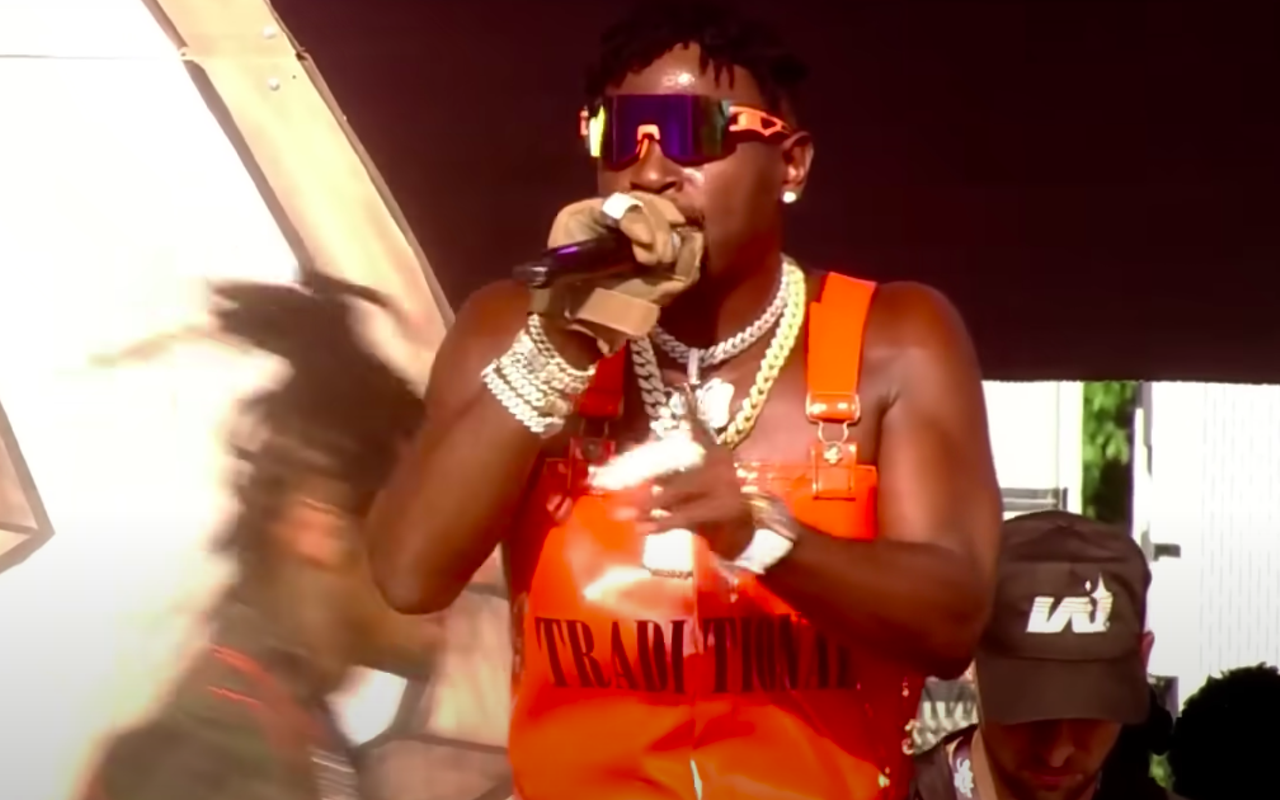 Antonio Brown is promoting his music while running from the Tampa Police Department: AB is apparently hunkered down, and posting to the timeline.

Brown was allegedly involved in a verbal altercation with his ex-fiancé at a home in South Tampa on Nov. 28. "The suspect exited the residence and threw a shoe at the victim striking her in the ponytail," said the initial police report. "The victim had no injuries but believed the shoe was meant for her head. The suspect would not open the door or come outside to speak with officers. The suspect also during this incident attempted to issue an informal eviction to the victim."

Brown refused to come outside of the home and TPD failed to serve the arrest warrant on multiple occasions.

While on the lam, Brown continued to post to his social media accounts, mostly plugging his newish rap single "Put That Shit On."

However, prosecutors now say that after a review of body cam footage from the incident they could not confirm that a battery had actually occured.

“The SAO analyzed this new information along with the body-worn camera video recorded at the scene, the Child Protective Services investigation, and the denial of a law enforcement’s Temporary Risk Protection Order and determined we could not prove beyond a reasonable doubt a battery took place.”

The Tampa Police Department also released a statement today.  “stands firmly in its decision to thoroughly investigate this case.”

Colin Wolf has been working with weekly newspapers since 2007 and has been the Digital Editor for Creative Loafing Tampa since 2019. He is also the Director of Digital Content Strategy for CL's parent company, Euclid Media Group.
Scroll to read more Sports & Recreation articles