Cho will take the stage as Mickey Rooney for five performances on Sept. 15-18. 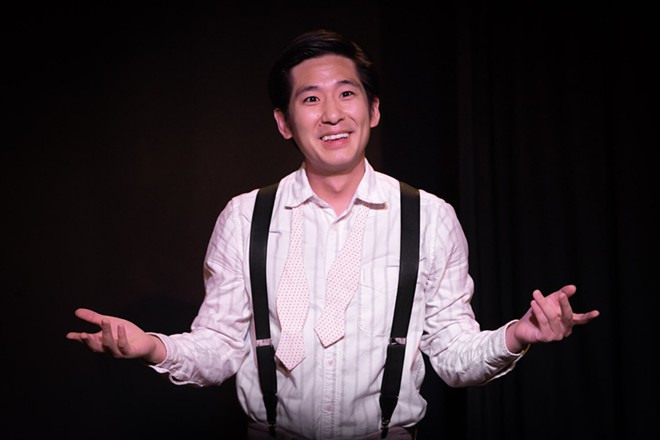 Tickets to any one of the five performances of “Mr. Yunioshi”at freeFall Theatre in St. Petersburg on Sept. 15-18 start at $20.

The play, which won best solo show at the Hollywood Fringe Festival, features Cho as Mickey Rooney, the white actor infamous for his racist character in “Breakfast at Tiffany’s.”
Cho explores Rooney’s character in the original film and begs the questions, “What compels an actor to play a character that they really shouldn't be playing?” through clever satire and humor.

Cho, who got his start in several Tampa theaters, has appeared as the character Wonderboy in the AMC series “Halt & Catch Fire,” performed in comedy musicals at Second City Hollywood and made his drag debut as “Scarlet Chohanson” at the Los Angeles Pack Theater.