You might be lovin’ it, but be kind to the workers, please. 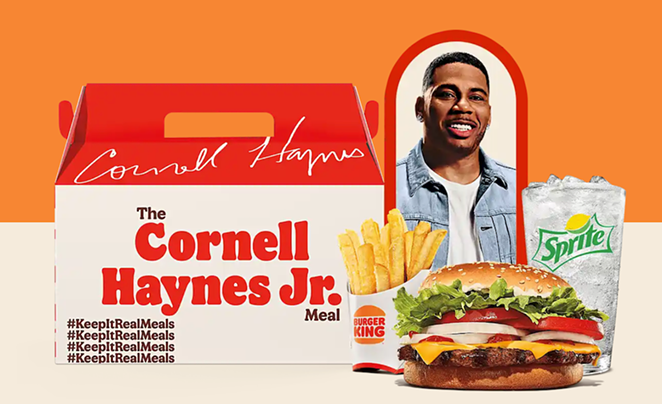 Hospitality workers already have it rough enough. They often have to endure long working hours and less-than-ideal working conditions, all for wages that don’t often match with the cost of living—in the middle of a pandemic.

McDonald’s is one industry where workers are hustling during trying times for wages well below $15/hour. With the company’s “Celebrity Meals,” employees now have another inconvenience to deal with while at work. The most recent, the Saweetie Meal, which debuted on Aug. 9 in Tampa Bay and across the country, was a collaboration with California rapper Saweetie. It ended last week but these Celebrity Meals are far from being over.

Burger King’s sudden interest in celebrity-promoted meals surely has something to do with McDonald’s version being fruitful. McDonald’s Celebrity Meals, which kicked off with the Travis Scott Meal (released Sept. 8 last year), helped increase sales for McDonald’s by 4.6% during a three-month period ending Sept. 30, according to CNN. The collaboration was the first of the Celebrity Meals to be rolled out by McDonald’s since their Michael Jordan partnership in 1992. After Scott’s meal came the J Balvin Meal, BTS Meal, and then the Saweetie Meal.

The meals are a fun way for fans to feel connected to their idols and a big way for fast food chains to reap in the extra cash. But how do the workers benefit when they have to learn Travis Scott catchphrases, get “Sicko Mode” blasted in their ears, and rap lyrics to customers in an attempt to get them to purchase the meal?

Some workers have found it to be amusing, laughing along with customers who play the stars’ songs at the drive-thru. But others have been less than thrilled, posting videos on Tik Tok sharing the catchphrases they often have to repeat.

In this video, a McDonald's worker repeats Saweetie’s lyrics from her song, “Tap In,” altering them to make sense for the meal: “Wrist on glitter/ waist on thinner/ what can I get you started for dinner?” The employee raps in a monotone voice. The caption “I don’t get paid enough” stays on the screen for the duration of the video.

While it makes for funny social media content, this is the reality that many workers have been facing since the release of these Celebrity Meals. In this video, taken during the Travis Scott Meal period, the McDonald’s employee asks with dread, “Are you going to blast music in my ears?” Videos had circulated for weeks prior showing Tik Tok users ordering the Travis Scott meal by blasting “Sicko Mode,” which soon became a viral challenge.

Thankfully, Saweetie fans were a bit less bothersome than the Travis Scott fans were— but it’s obvious McDonald’s workers would rather not have these Celebrity Meals sold at all. Unfortunately, it doesn’t look like fast food chains will back off from the promotions due to how beneficial they’ve been. They even helped boost McDonald’s app downloads, a main focus of the fast food chain. The Scott Meal helped increase app downloads by 11%, while May’s BTS Meal increased the downloads by 23%, according to Restaurant Dive.

People on social media have been humorously hypothesizing who the next McDonald’s Celebrity Meal will feature, with suggestions including Nicki Minaj, Lana Del Ray, and even Cardi B, but with...Burger King.

While they were wrong about Cardi B’s involvement, Burger King definitely didn’t waste any time hopping on the bandwagon with their “Keep It Real Meals.” The meals are meant to promote the fast food chain’s commitment to real food. Burger King announced that they are banning 120 artificial ingredients from their food menu, hence the “Keep It Real” name. To widen the awareness of the company’s pledge, they have enlisted the aforementioned Nelly, Anitta, and Lil Huddy. Each meal is named after the star’s real names (i.e. Nelly’s meal is called the “Cornell Haynes Jr. Meal”) and features their own handpicked meal combinations. They’re available for a limited time and can be ordered through the Burger King website or app for a discounted price of $6.

If you do choose to take advantage of this new meal while it’s still available, remember to be courteous to the workers and maybe even slide them a tip if you can—these past few months have certainly been trying for hospitality workers. It’s the least we can do.

I'm Aaliyah Selene Pasols, a 24-year-old Puerto Rican writer, editor, and big city dreamer.I currently reside in South Florida and am a senior at Florida International University. Writing is my passion and has been since I was old enough to write. I have freelanced for numerous publications such as Miami New Times,...
Scroll to read more Food News articles