And Tampa Bay's first Crisp & Green is set to debut this summer, in a yet-to-be-determined location.

Crisp and Green Tampa Bay is just a small area included in Crisp & Green’s massive expansion throughout the country, which includes a whopping 30 locations opening over the next few years. The Minnesota-based company announced its expansion this week, adding that it will open five locations throughout Southwest and Central Florida this spring and summer. On the Crisp & Green website, there are actually three different Tampa locations “coming soon” alongside other slated storefronts in Miami, Sarasota and Orlando. The franchise is known for its health-forward approach to fast casual dining; popular items on its menu include salads, build-your-own grain bowls and smoothies. crispandgreen.com

Tampa’s debut AAPI Heritage Festival The City of Tampa will start a new tradition with the Asian American Pacific Islander (AAPI) Heritage Festival this Saturday, May 14. Running from 11 a.m.-2 p.m. at Water Works Park—so Filipino time is not gonna work, people—the first annual festival will welcome cultural performances, information-resource tables, food trucks and more to celebrate AAPI culture and heritage. “Diversity is what makes Tampa the greatest city on Earth, and we’re fortunate to have many AAPI residents in our community,” Mayor Jane Castor said. “I’m excited to see the celebration expand and look forward to this being a fun, educational and valued annual tradition in Tampa.” 1701 N Highland Ave., Tampa. tampa.gov —Sofía García Vargas

11th Annual Cuban Sandwich Festival Whether you think lettuce and tomato belong on the Cuban sandwich or not is debatable, but folks from both sides of that heated argument will definitely be in Ybor City for an annual celebration of the Tampeño classic. The 11th annual Cuban Sandwich Festival returns to Ybor City’s Centennial Park on Sunday, May 29. In addition to the plethora of pork-stuffed sammies to choose from, there will be local vendors and artists scattered throughout the festival grounds, alongside live music and dancing. The celebration is free to attend, but if you’d like the VIP experience, there are $80 passes available on eventbrite.com. 1800 E 8th Ave., Ybor City. cubansandwichfestival.com.

Lineup for 2022’s Margarita Wars are announced Margarita Wars is back for its seventh year with 16 local bartenders competing to win the title of Tampa Bay's Ultimate Margarita on Thursday, May 19th, at Tampa River Center. Join Creative Loafing for a unique opportunity to sample margaritas created by more than a dozen of the Tampa Bay area's best mixologists and try your hand at tipsy judging as YOU help award Tampa Bay’s Ultimate Margarita. 402 W. Laurel St., Tampa. margaritawarstampabay.com

St. Pete’s Atwater's Cafeteria looks for someone to take over its historic restaurant The Atwater name has been an important part of St. Petersburg history for almost a half century, and Eric Atwater, aka “Cook E-Man,” isn’t letting his health change that. Earlier this year, the 47 year-old chef retired and is now looking for another restaurateur to open their own concept out of his family’s historic space. His parent’s opened their restaurant out of the southside building in 1977, and it’s been ran by members of the Atwater family since. Anyone interested in opening their own business out of the historic Atwater’s space should contact Eric directly via phone or email at (727) 520-3030 or [email protected] 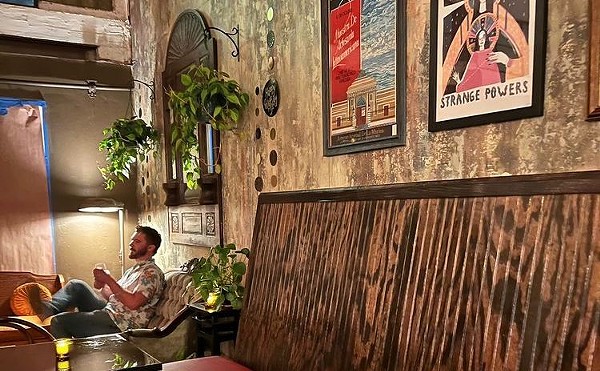