The newly-opened restaurant specializes in “pinsa,” a thinner, healthier version of pizza, alongside other Southern Italian delicacies. 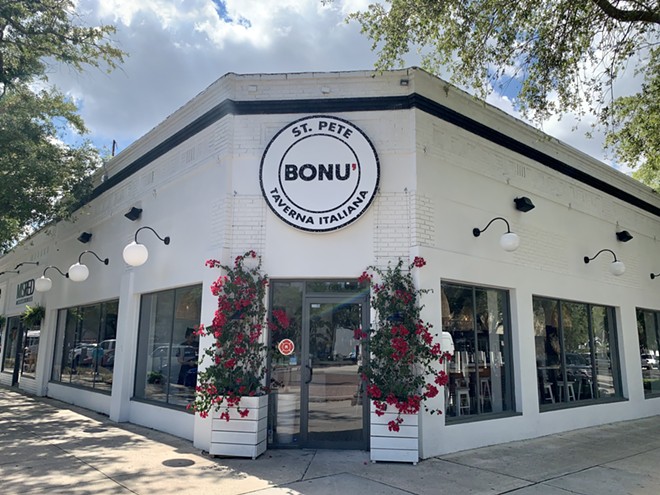 Kyla Fields
The Bonu Taverna team has been tirelessly renovating its space at 601 Central Ave. for the entire first half of this year, but the restaurant finally celebrated a highly-anticipated grand opening in downtown St. Petersburg last week.

Keep up with St. Petersburg’s latest Italian restaurant by following its Instagram at @bonu_taverna.

Hours at the location on downtown’s coveted 600 block are 5 p.m.-10 p.m. seven days a week. Its website also states that Bonu Taverna can be rented out for private events of various sizes, and its newly-renovated interior and welcoming decor sets the ideal space for many types of gatherings.

Cider Press Cafe, a popular vegan restaurant, was open out of the Central Avenue space until the end of last year. Its co-owner Johan Everstijn told Creative Loafing Tampa Bay in January that they were forced out of the space after the landlord did not renew their lease.

Its new location in the Historic Kenwood district—originally slated to open this spring—will be an upgraded version of its previous concept, complete with a gastro-pub inspired menu, stage for drag shows and live music and a friendly, neighborhood pub feel.