The gluten-friendly concept is moving into the container once home to 7th & Grove and BT. 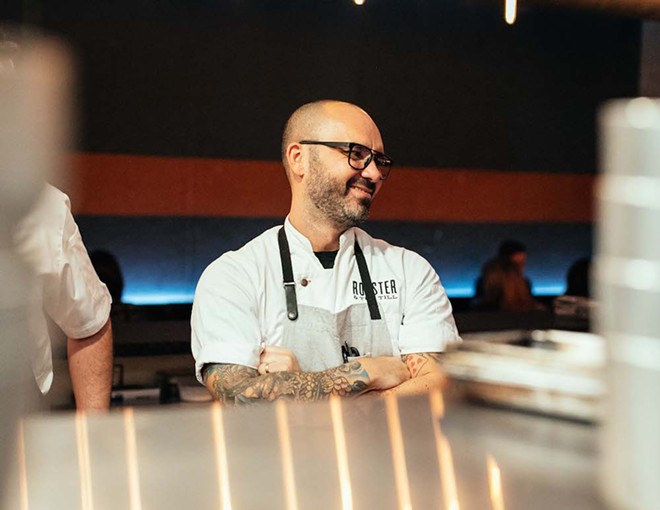 Alvarez—who co-founded Rooster & the Till and Nebraska Mini-Mart, which belong to the Proper House Group—shared the news with Creative Loafing Tampa Bay, adding that Chef Tyrian Hickshaw and General Manager Sarah Colarte will run the operations at Dang Dude.

Hickshaw works at another Proper House concept, Gallito Taqueria just a few steps from Dang Dude, and Colarte comes over from the Mini-Mart in Seminole Heights.

Ty Rodriguez, partner at Proper House Group and once general manager at Rooster & the Till, told CL that Dang Dude is on a one-year lease at Sparkman Wharf, which is owned by Strategic Property Partners (SPP).

Alvarez said he’s been in talks with SPP about opening a second concept at the food garden for the last four to six months. Barring any supply chain issues, he expects Dang Dude to be open by the first week of March, within the shipping container currently occupied by 7th & Grove (and Restaurant BT before that).

“We’ve got to do a switchover and do a rebuild inside the container,” Alvarez said. “I used to be able to go to my typical equipment distributor and get anything I needed in seven days. Now, if you get it in seven weeks, you're lucky.”

The Dang Dude menu is still in development, but will probably include a play on the ridiculously-popular nuom choc cobia collar at Alvarez’s Rooster & the Till, likely using locally-sourced grouper cheeks. Ybor City’s Jamison B. Breadhouse has also been working on a bao-type bun for Dang Dude’s rou-jia-mo, a homemade Chinese flatbread stuffed with pork, beef or tofu. 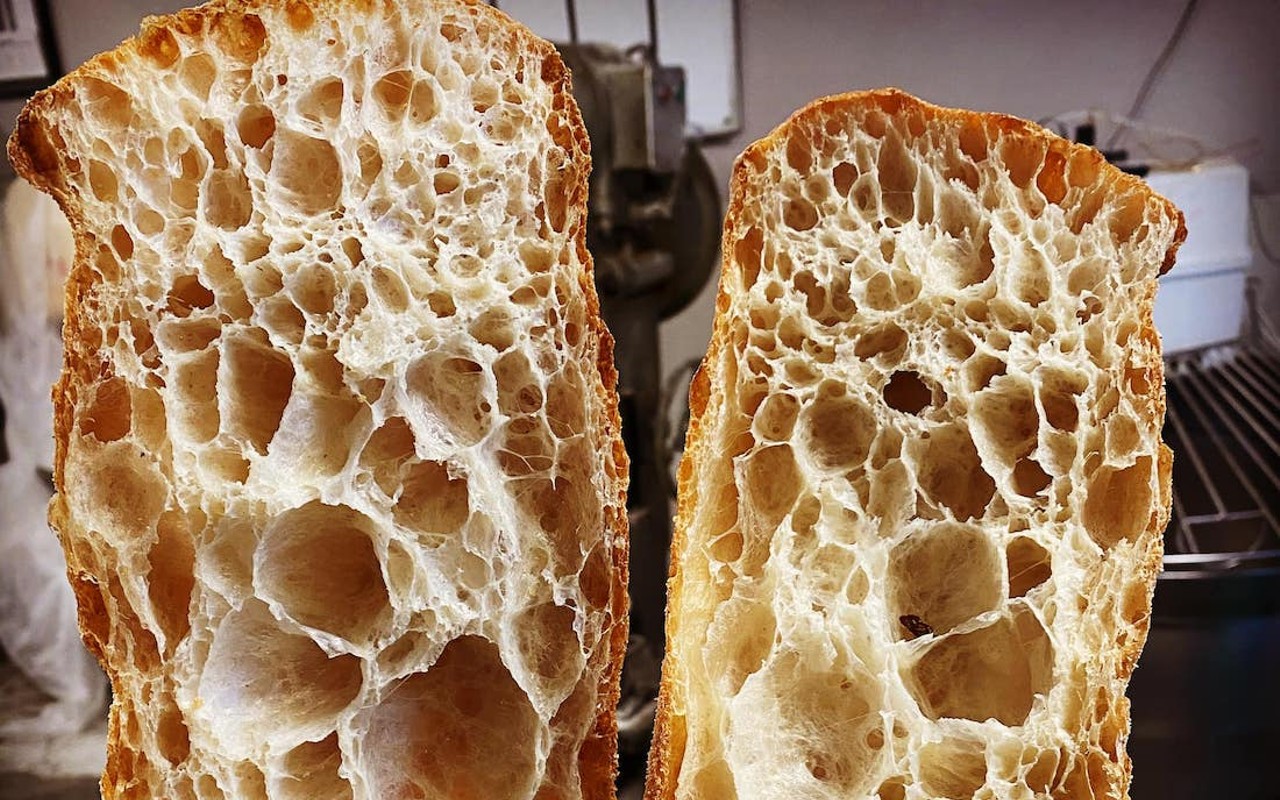 Food & Wine names Tampa's Jamison B. Breadhouse as best bread in Florida: The Ybor City bakery makes some of the best bread in America.

“It's essentially a Chinese-style flatbread made with yeast, and Jamison B. has it down to a science now,” Alvarez said. “From a fresh state, you griddle it crispy on the outside and then you open it up like a pita and you stuff it with different proteins; we'll be offering some braised pork shoulder with some cool funky sauces and toppings, some cumin beef and/or some togarashi tofu crumble, again with some cool funky toppings or sauces.”

Dang Dude’s double-fried chicken wings, also gluten-friendly, will likely be tossed in a dry Szechuan rub or a sweet and sticky Asian-style barbecue.

“All of our soy sauce will be replaced with tamari, which is gluten free by nature. We will also be doing some noodle dishes that'll be vegan, vegetarian and gluten free, hot and cold,” he added.

Asked how he plans to make a menu that includes chicken wings—one of many food items that have seen a drastic jump in cost to restaurants—work on the balance sheets, Alvarez said he’ll do it by right-siding the industry from a cost perspective. That means making sure Dang Dude’s menu prices reflect what it truly costs to get quality food made by workers making fair wages (now hiring ads for the concept say starting pay is $17/hour).

Alvarez said he’s received pushback online for $3.50 tacos at Gallito, but that the truth math, similar to the rising cost of everything from used cars to eggs and cereal, is just a fact of life.

“We never have been ones to price gouge. We charge honest prices for quality products and ingredients made with our own hands from our employees,” he said. “We still anticipate the prices being very affordable and reasonable. But it's a matter of just charging the proper cost and price.”

And fans of Proper House Group should probably keep an eye out for a possible sixth restaurant from Alvarez & co. if they can execute a lease somewhere in downtown Tampa.

“If we do pull this off, we would like to do a full-service restaurant that would have Mediterranean Italian undertones with hopefully a wood fire focus,” he said.

In the meantime, Alvarez will focus on working with Hickshaw and Colarte to get Dang Dude going.

“It's going to be something different. I think the focus on vegetarian, vegan, gluten-free, is going to be really good and it's going to be a really fun offering for those people that have trouble finding tasty, fun stuff within those parameters,” he said. “It's a great opportunity for some of our young people to step up and take this container by the reins and really put up some great numbers and learn in the process.”