And the 12th annual Oktoberfest returns to Tampa this fall. 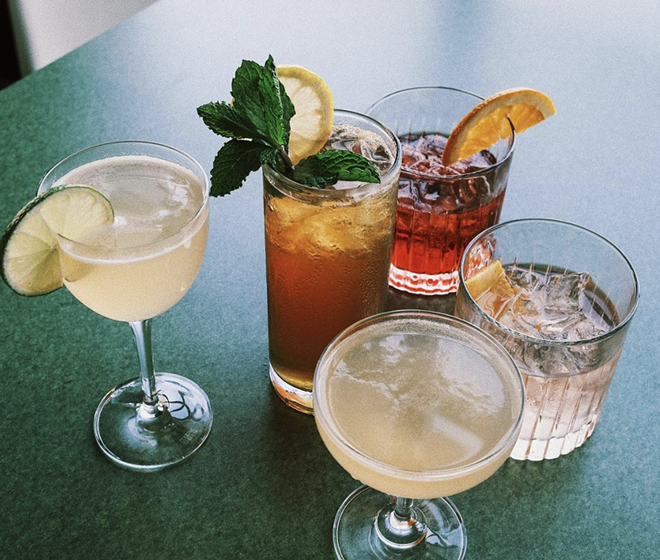 Mochinut The unique dessert franchise with a cult-like following has taken the country by storm, and Temple Terrace is the most recent city to succumb  to the Mochinut trend. Tampa Bay’s first Mochinut celebrates its grand opening on Saturday, June 18. New customers will also be able to attend its soft opening period which runs from June 13-June 16 from noon-6 p.m. (or until sold out)—but the Mochinut team will exclusively sell its mochi doughnuts and Korean corn dogs, excluding any beverage items. Mochi doughnut flavors will rotate every three days, in addition to weekend specials. Popular flavors of its chewy and stretchy doughnuts include mango, matcha, black sesame and Nutella. After next Saturday's grand opening, Tampa's Mochinut will be open from 11 a.m.-8 p.m. seven days a week. 1401 N 56th St.,Temple Terrace. @mochinut.tampa on Facebook

Moxie’s Cafe Downtown Tampa’s new Moxies is just a short walksie from the old one. Moxies Cafe is now open at its new location just a few blocks away from its previous space at 514 N Tampa St. The cafe’s Facebook announced its first day open at the new space last week, months after news that its 17-year-old home near the Dohring Building just two blocks away was up for demolition, and two weeks after closing the old spot altogether. Although Moxies has moved down the street, the menu features the same made-to-order sandwiches, salads, omelettes, breakfast parfaits and wraps. According to an employee of the popular cafe, the only options they no longer carry are the veggie and gyro sandwiches and bowls. 302 E Kennedy Blvd., Tampa. moxiesdowntown.com

Good Fortune The empty restaurant space on the ground floor of St. Petersburg’s Station House that Ichicoro Ane most recently occupied, is finally set to be filled with the upcoming Asian fusion concept Good Fortune, which has become the ire of several community members accusing  the concept of stealing the name of an already established AAPI business. Slated to debut sometime this summer, this brick and mortar is the latest restaurant from Hunger Thirst restaurant group, which owns and operates popular St. Pete concepts Dirty Laundry, The Avenue, Park & Rec and No Vacancy. The upcoming 6,000 square-foot concept will feature an intimate 12-seat sushi bar, indoor seating and an outdoor patio, as a press release states. Good Fortune’s layout will be an open-floor concept that revolves around the focal point of the restaurant, its 14-seat cocktail bar which will sling Japanese whiskey and sake alongside local brews and bubbles. 260 1st Ave. S, St. Petersburg. hungerthirstgroup.com

King State’s "UPS-N-DOWNS" King State, known mostly for its coffee, will soon serve both uppers and downers. Yesterday, the Tampa Heights cafe said it would start serving a full liquor menu under the Ups-N-Downs banner. The company is still waiting to receive its Certificate of Occupancy from the city before it can move to liquor service. Once in operation, King State will close at 3 p.m. with Ups-N-Downs running from 4 p.m-11 p.m. on weekdays and 4 p.m.-midnight Fridays-Saturdays. Cocktails, which have yet to be detailed, will only be served during Ups-N-Downs' hours of operation, except on Saturdays and Sundays, where King State will start serving brunch-y cocktails like bloody marys at 9 a.m. 520 E Floribraska Ave., Tampa. king-state.com

Golden Dinosaurs teams up with Metro Inclusive Health Gulfport's favorite vegan spot  will "say gay" all month, and donate proceeds from every Chic-Fil-Nay sandwich it sells throughout the month of June to Metro Inclusive Health.  The veganized version of the sandwich from the popularly homophobic chicken franchise  comes with  housemade seitan, pickles and Dino sauce on a soft brioche bun.  Celebrate pride month with a cruelty-free (in all aspects) sammy. goldendinosaurs.com

Oktoberfest 2022 Live music and beer, sounds like a typical weekend in Tampa, right? Now add lederhosen, dirndls, alphorns and even more beer. From Friday Oct. 7-Sunday Oct. 9, Tampa's Curtis Hixon Waterfront Park will once again turn into the city's biggest biergarten for the 12th annual Oktoberfest Tampa. For those 21 and over, tickets range from a $10 single day pass and a $25 three-day general admission pass—VIP options are always available as well. Festival-goers are also invited to participate in a number of free activities that will take place during the event, like the Mr. and Mrs. Oktoberfest challenge, stein hoisting, keg stacking and one of the most competitive beard and mustache competitions in the region. 600 N Ashley Dr. Tampa. oktoberfesttampa.com

Urban Brew & BBQ anniversary giveaway Urban Brew and BBQ in St. Pete’s and Central District celebrates its birthday this weekend— but is giving gifts away instead of the other way around. Starting at 11 a.m. on Saturday, June 11, the restaurant will give away 400 plates of its Southern comfort food, as guests will have the choice between a pulled pork or chicken platter with sides like coleslaw, mashed potatoes, cornbread and of course, its signature BBQ sauce. The giveaway plates are for dine-in only, so plan to spend some time at the restaurant located at 2601 Central Ave. in St. Petersburg— adjacent to Bandit Coffee Co. and recently-opened Twisted Indian. 2601 Central Ave., St. Petersburg. urbanbrewandbbq.com 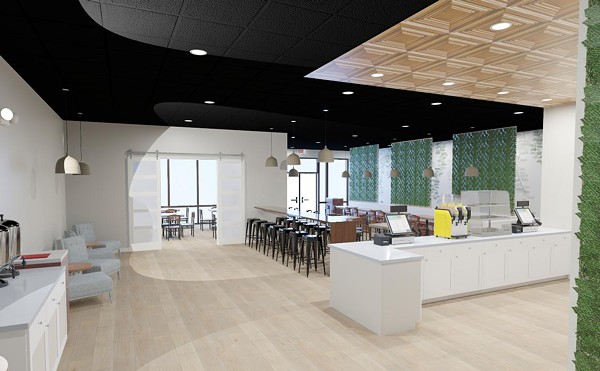