Owner Jade Yelvington says her bakery will debut within the next few months. 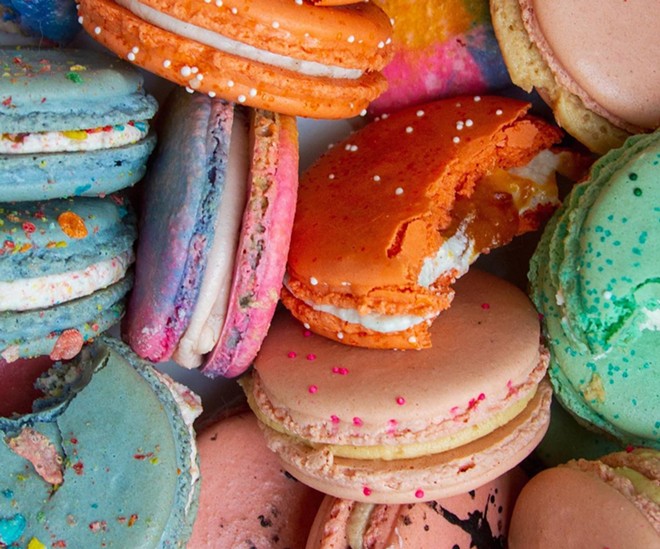 Folks can now pre-order its sweet treats online, and pick them up every Thursday from 2 p.m.-7 p.m. at 1001 E Columbus Dr.—the location of her soon-to-open specialty bakery.

“There's no signage yet so look out for the pink double doors on the corner of 10th and Columbus, parking is just street but it’s plentiful,"  a recent Facebook post from Elevenses reads.

Orders can be placed up to two days in advance (which is preferred,) or on Thursday mornings. Specialty bakery Elevenses will open its first storefront in V.M. Ybor: An official opening date will be announced soon.

Yelvington tells Creative Loafing Tampa Bay that her pick-up menu will change each week. "I can finally go wild with a few dessert options I haven’t been able to feature as heavily (pavlovas will be a weekly special, along with custard based tarts and desserts) and savory pastries as well."

Elevenses customers can also expect coffee-based drinks—like rosemary almond cold brew lattes—to soon be available for online ordering. When the bakery is fully up and running within the next few months, it will be a multi-roaster cafe that features single-origin coffees and espressos.

Although the new V.M. Ybor bakery doesn’t have a grand opening date just yet, Yelvington says she wants her customers to see the progress that her and her partner are making on the space. The two are doing all of the renovations themselves—in addition to having full-time jobs—so it’s taking a little longer than originally planned.