The North Carolina-based chain is known for fresh seafood and refreshing cocktails. 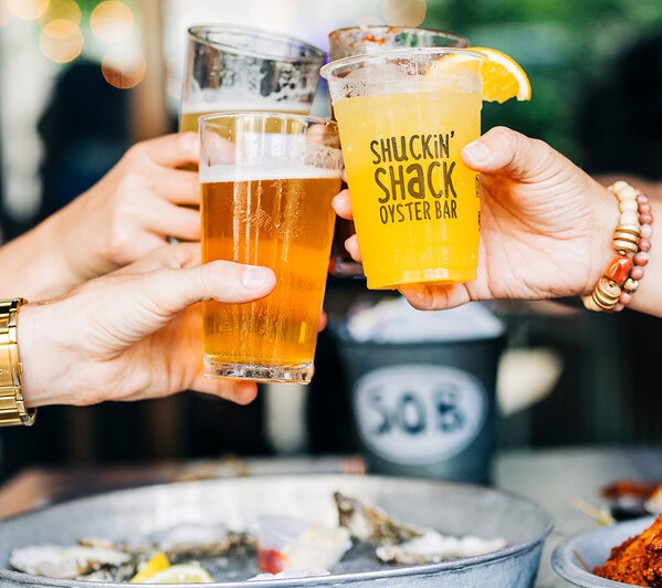 Shuckin' Shack Oyster Bar / Facebook
The Chap is really coming out of its shell.

Wesley Chapel’s dining scene is experiencing a boom with recently-opened hotspots like Krate and The Living Room, and its newest edition is sure to bring fresh seafood to ‘burbs.

Neighborhoodnewsonline.net says the new 4,162 square-foot oyster bar will be next to the newly-opened Chicken Salad Chick on Wesley Chapel Boulevard. Nearby restaurants include Zaxby’s and Miller’s Ale House.

The seafood chain boasts a casual atmosphere with a focus on local history and fishing culture. “Many people have passed in and out of our doors enjoying succulent local oysters and shrimp, shared local fishing or surfing stories and spent time just talking about the friendly beach comber atmosphere inside,” Shuckin’ Shack Oyster Bar’s website reads.

Oysters, of course, are the star of its menu and can be ordered raw, charbroiled or steamed. Other offerings include family-style seafood boils, crab cakes, shrimp burgers, fish tacos, lobster rolls, shrimp n' grits and chicken wings, for folks who don't have the palette to stomach any bottom feeders.

Shuckin’ Shack Oyster Bar’ offers an extensive range of drinks as well, and is known for its seafood-complimentary cocktails like its take on the bloody mary—complete with an Old Bay rim and chilled shrimp—and its "shucktini" with chilled vodka, spicy olives and a steamed oyster skewer.  There are also several weekly specials offered at its other locations—like 50-cent steamed mussels and clams on Wednesday and $6.99 shrimp cocktail on Tuesday—but only time will tell if Wesley Chapel's restaurant will boast the same deals.

The North Carolina-based franchise emphasizes the use of sustainably-sourced domestic seafood and are partners of the Shellfish Growers Climate Coalition. There's an entire sustainability tab on its website which explains the company's dedication to being as ocean-friendly as possible.

The only other Florida location of Shuckin’ Shack Oyster Bar resides in Ocala, with a second one heading to its downtown area soon. Alongside Wesley Chapel’s upcoming restaurant, another oyster shack is slated to open in Space Coast, near the Kennedy Space Center. There are dozens of other franchises scattered throughout North Carolina, Illinois, Texas, South Carolina, Georgia and Maryland.