The Books Issue 2016: Six reads that'll lift the taste buds of the lit-lover in your life

Need gift ideas this holiday season? Here's half a dozen food and bev books to consider.

From Shrimp Country to Amaro, from longer reads to one cookbook filled with recipes from a chocoholic's dream, here's half a dozen food and bev books that the lit-lover on your gift-giving list will thank you for this holiday season.

Robert Simonson's A Proper Drink: The Untold Story of How a Band of Bartenders Saved the Civilized Drinking World delves into stories and experiences behind the bar, with loads of content from those who've helped spark the revival of contemporary craft cocktails, including colorful bartenders based around the world. Simonson chronicles this thoughtful drink-making renaissance that's happened over the last 20 years while also demystifying it, and readers learn how to create 40 of their own craft-tails — classics and "should-be classics" — as they go. A Proper Drink can be enjoyed by bartenders, cocktail connoisseurs and foodies alike. Ten Speed Press, September 2016, $27 on Amazon. —SH Amaro: The Spirited World of Bittersweet, Herbal Liqueurs with Cocktails, Recipes, and Formulas spotlights a centuries-old ingredient that's seeing a revival in inventive, refined cocktails on the menus of restaurants and bars around the country. Remember that shot of Fernet-Branca your bartender friend made you take the other weekend? Yeah. That bittersweet, herbal liqueur, and others like it, is what Amaro — from the James Beard Award-winning author of Bitters: A Spirited History of a Classic Cure-All, Brad Thomas Parsons — is all about. No longer a "stand-alone apertif or end-of-meal digestif," the amaro category is key to anybody's well-stocked bar, cocktail aficionado or not, as far as Parsons is concerned. Amaro, a hefty book with more than 250 pages of history and culture, demystifies and explores the world of amaro over its first two chapters while also providing a glimpse into U.S. bars with impressive selections of the herbaceous elixir — New York's Amor y Amargo and Chicago's Billy Sunday among them. Recipes for aperitivo bitters cocktails and modern-meets-essential amaro cocktails follow. But keep reading and you'll be rewarded with DIY instructions on making amaro at home, plus amaro-inflected desserts such as Fernet-and-Coke ice pops and Drunken Affogato. I'll take a Dirty Boulevardier milkshake, please. Ten Speed Press, October 2016, $26. —MH 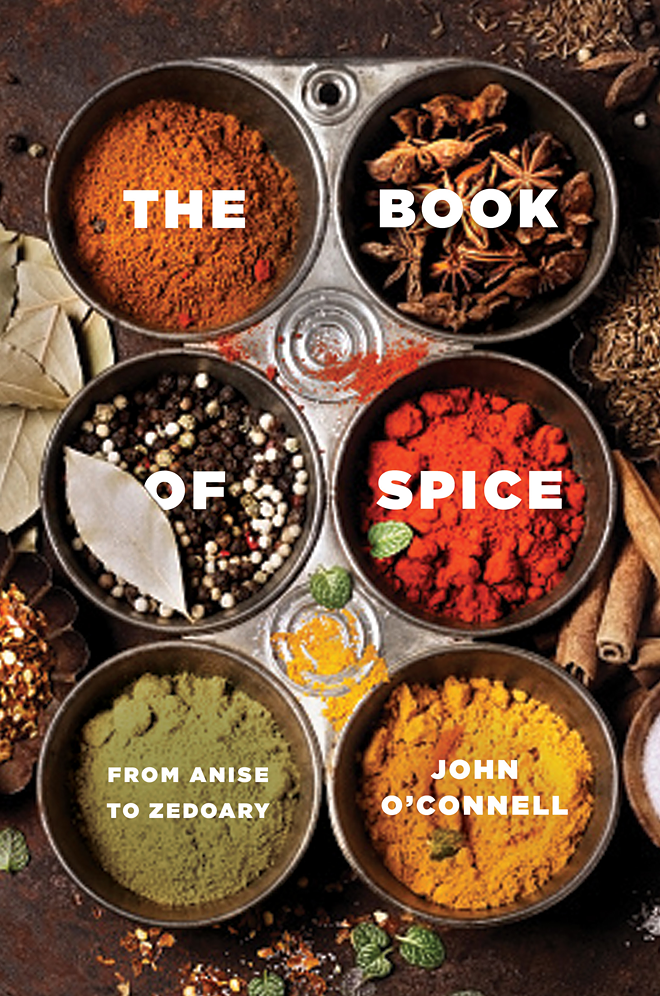 There's more to cooking than pepper, cinnamon and cumin, and John O'Connell knows it. Using his engaging work, The Book Of Spice: From Anise to Zedoary, O'Connell wants readers to discover the globe's wide-ranging collection of spices — and their purpose. Perfect for those who love experiencing esoteric and familiar tastes the world has to offer, The Book of Spice takes readers on an alphabetical journey through 60 spices and their origins. Learn about a spice's flavor, why it was used and what it was used for: "medicinal and magical" properties as well as art, science or religion. O'Connell doesn't leave you hanging with all this newfound knowledge, either; there's a healthy helping of spice mixes and what to do with them in the back. Pegasus Books, July 2016, $26.95. —SH You know the visionary behind the solution to a longtime dilemma for brownie enthusiasts everywhere — not always securing one of the pan's coveted crispy corners? Brownie Brittle creator Sheila G. Mains, who grew up baking with her mother and grandmother on Sundays and has sold 35 million-plus bags of her award-winning brittle in the past year, recently released the ultimate guide to "brownie batter magic." Titled Sheila G's Butter & Chocolate: 101 Creative Sweets and Treats using Brownie Batter, Mains's debut cookbook showcases seemingly endless ways to experiment with her signature (and simple) brownie and blondie batters in the kitchen, transforming them into everything from a bananas Foster blondie parfait to brownie-filled French toast. There's a recipe for cookie dough brownies, the best-selling sweets at Walt Disney World's Hollywood Studios for three consecutive years. Several formulas call for the Florida baker's beloved Brownie Brittle. And when chocoholics are short on time, her scratch-made batter can even be swapped for store-bought brownie mix. But think outside those pre-made boxes, will ya? After all, as Mains writes, "If you're going to indulge, go for broke." Kyle Books, October 2016, $19.95. —MH Anna Marlis Burgard is a sea-and-sand kinda gal, and her  cookbook, Shrimp Country: Recipes and Tales from the Southern Coast, is a super-dreamy read. In between shrimp-centric recipes, the book's packed with entertaining features on marine biologists, trawler captains and topics like American rice and the annual ritual of Mobile Bay, Alabama's jubilee events in between shrimp-centric recipes, transporting readers to the strange and beautiful shrimping communities of coastal America. Burgard, who traveled 3,300 miles in September 2014 to gather food formulas and images for Shrimp Country (a photo of Tarpon Springs' Rusty Bellies among them), begins by providing shrimp preparation basics and ends with sides to accompany the work's mix of classic and unconventional starters, sandwiches and mains, many of which come from southern coastal restaurant and food truck chefs. Featured recipes include shrimp and dill pesto pockets, shrimp rangoon grilled cheese, shrimp empanadas with pineapple salsa, shrimp scampi, Cajun gumbo and shrimp Benedict with lime hollandaise. Try your hand at a Lowcountry boil while you're at it. University Press of Florida, September 2016, $26.95. —MH The title of Winter Cocktails: Mulled Ciders, Hot Toddies, Punches, Pitchers, and Cocktail Party Snacks by Maria del mar Sacasa pretty much says it all. Good luck trying to choose between cold-weather drinks like pumpkin-bourbon eggnog, a milk punch called Mama's Remedy or the Red Red Red granita. Seriously, there's a ton of soul-warming goodness in here. Each convivial cocktail recipe — more than 100, old-school and new-fangled, are showcased — is made to please a crowd, as are how-tos on infused spirits, homemade ingredients (think simple syrups and marshmallows) and small bites fit for swanky celebrations, including cheese-crusted olives and roasted marrow bones. After the book's brief intro, novices and seasoned party-throwers can follow detailed guides to pantry, fridge and bar must-haves; tools, glassware and serveware; and techniques such as making ice molds, citrus garnishes and muddling, should they need them. Even those who aren't prepping for a party once the temps drop will find Winter Cocktails to be an entertaining read; it's hard to not flip through photographer Tara Striano's stunning images across 150-plus pages. It's sort of an oldie, but a goodie nonetheless. Quirk Books, October 2013, $22.95. —MH