St. Pete's Reading Room is closing its doors for good next Saturday

Get your last bites in before it's all over. 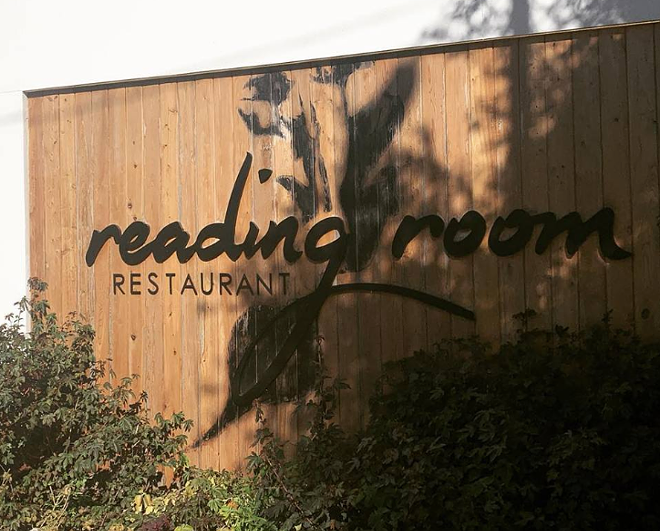 Next Saturday, June 8, St. Pete restaurant Reading Room will be closing its doors for good.

The restaurant's co-owner, Jessika Palombo confirmed with CL that she and chef-partner Lauren Macellaro will be closing up shop next weekend. Although the two aren't quite sure what is coming next in their culinary futures, they are ready to close this chapter.

The news isn't quite as shocking, considering that the James Beard-nominated Macellaro announced earlier this month that her last day of service would be the same June 8 date.

Macellaro told the Tampa Bay Times that when the restaurant became unusually slow, she proposed a change of concept with fellow owners, but was fruitless in her attempts.

In an interview with the Times, Macellaro said, “You know, you get a James Beard nomination, you’re named one of the best restaurants in the area two years in a row, and you’re not busy. What are we doing wrong?”

Palombo and Macellaro opened the concept back in 2017 with Kevin Lane and Kevin Damphouse, and were an instant sensation in the 'Burg. Since then, things have fizzled out.

In the Times interview, Jim Kovacs, the executive managing director for retail services at Colliers International — who spoke to the publication as a representative for RR co-owner Kevin Lane — elaborated on the riff between the kitchen and management.

Kovacs confirmed with the Times that Reading Room is closing for the summer and that his firm is assisting Lane in the search to replace the restaurant with a fresh concept, although he is unsure how long the process will take.

Until then, slide by Reading Room for its final week of service, be on the lookout for Macellaro in the Tampa Bay food scene in the future and hope that the concept following RR can fill their incredibly big shoes.

Stay up-to-date with all of Tampa Bay's beer, food, music and arts news — subscribe to our newsletters.