c/o Nick Walker
Ology Brewing in Tallahassee.
Tallahassee's Ology Brewing Co. will give Tampa a taste of its craft brew during several pop-ups and tap takeovers at Tampa Bay Beer Week—which runs from March 5 to 13 on both sides of the bridge.

Last year, Florida Beer News reported that Ology Brewing will move into Angry Chair Brewing’s current location at the corner of E Fern Street and N Florida Avenue. The five-year-old brewery’s first location outside of Tallahassee is set to debut sometime this year, with no official timeline in place.

Ology’s founder and head brewer Nick Walker tells Creative Loafing Tampa Bay that he and his team are excited to expand into Tampa and continue their strong relationships with breweries here.

“We’ve been looking at Central Florida for a while, and there’s such a vibrant and developed craft market in Tampa,” Walker says. “We end up there all the time, visiting friends and working with folks in the scene, so it’s definitely a good fit.”

And since Angry Chair is still waiting on equipment to move into its new location—which is Brew Bus’ former space at 4101 N Florida Ave.—Ology is playing the waiting game until Angry Chair leaves its current building. According to Walker, he and his team won't change the Angry Chair space much, besides adding a few more barrels. 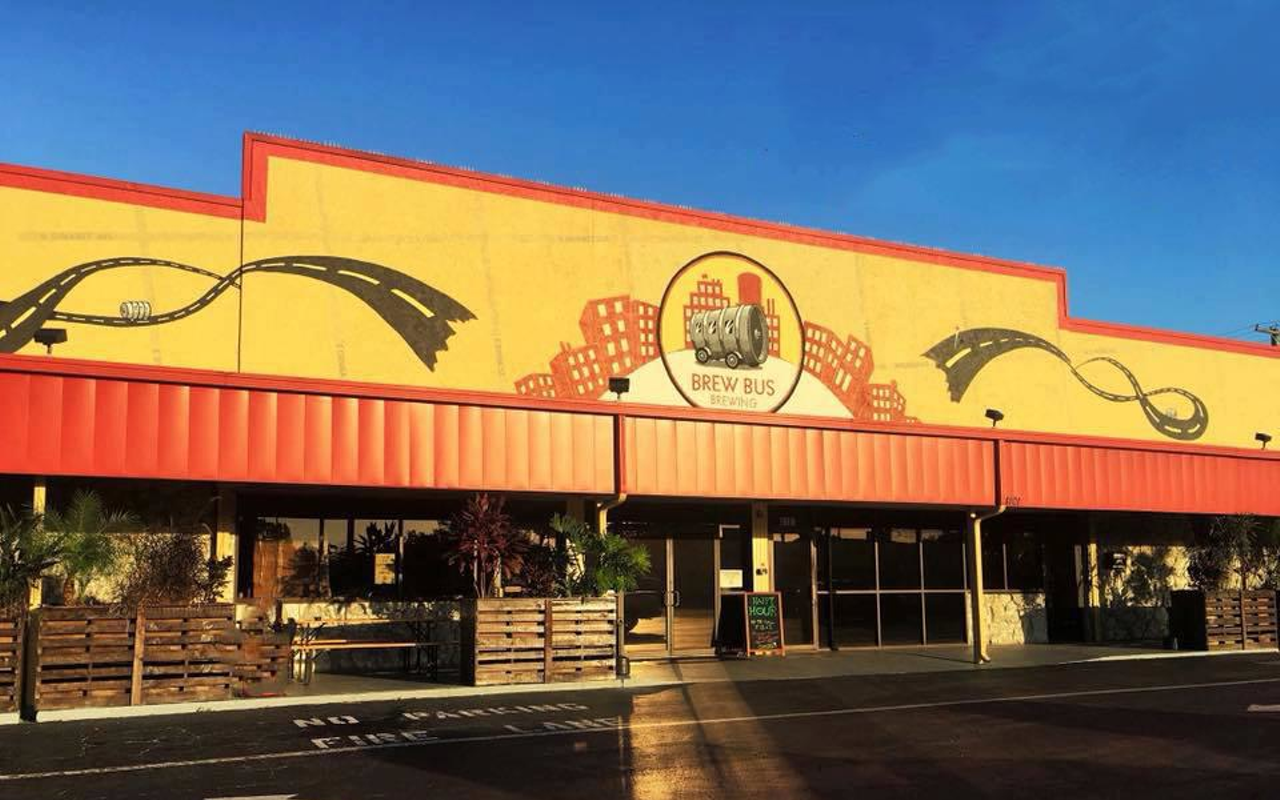 Brew Bus in Seminole Heights is closing, but plans to reopen two blocks away: For now, founder Anthony Derby is focused on closing the book on the current location with a Monday night party.

Brew Bus closed in the summer of 2021, with plans to move into a building at 4315 N Florida Ave.—just a few blocks away from its original location. So eventually, Angry Chair, Ology Brewing and Brew Bus will all be neighbors in Seminole Heights, alongside other booze-centric businesses like 7th Sun Brewery, Jug & Bottle and 82° West Distilling.

Ology’s longtime production manager Taylor Gant is a Tampa-native and will move back to his hometown to run the upcoming location—set to open sometime in 2022.

A Facebook post from Ology Brewing Co. states that Gant was the one who really pushed for a Central Florida expansion, adding that, “We appreciate the welcome everyone in Tampa has already given us, especially the brewery community and our new neighborhood in Seminole Heights."

This brewery shuffle has no official timeline, and although Walker says there’s no projected debut date for Tampa’s Ology,  beer-lovers can get a taste of its hazy citrus IPAs and fruity Berliners during next month’s TBBW.

Ology has already been collaborating with Tampa Bay breweries for a while now, with beers like its “Half N Half” with King State—a traditional Czech half-dark lager—and the “Fixed Income,” an imperial milk stout that was created with its future neighbors, Magnanimous Brewing.

Walker states that Ology Brewing Co. is relationship-driven, and his multiple collaborations with breweries throughout the state proves that. Ology has also worked with Tampa Heights’ Woven Water Brewing and St. Petersburg’s Hawthorne Bottle Shop, as a full list of its current brews are available on its website.

The Tally-based brewery is making it easy for its soon-to-be customers to get a taste of its craft beers during Tampa Bay Beer Week, with several events and tap takeovers at Angry Chair Brewing, Tampa’s Independent Bar and Cafe, Lowry Parcade, Pup’s Pub and Jug & Bottle. Ology will also be one of the hundreds of businesses slinging their brews at the FL Brewers Guild Festival on March 5 and the Brewers Ball Award Ceremony on March 6.

Ology will also debut two brand new collaborations—one with Angry Chair Brewing and the other with Tampa Bay Brewing Company—which will be available in cans at all of its upcoming TBBW events. The beer with Angry Chair will be a strawberry mojito Berliner with a kitschy Florida-themed name, while its TBBC collaboration is a Hazy IPA— which seems to be Ology’s speciality.

Walker debuted Ology Brewing in June 2017 after being a home-brewer for about a decade, and hasn’t stopped expanding since. After Tampa’s new brewery is up and running, Walker says that he and his team will take a breather after growing so quickly for the past five years. In addition to Tampa’s upcoming brewery, are three Tallahassee-based Ology taprooms.

“We've been very go-go-go for about five years, and we need to take a little break,” Walker tells CL. “All of us have had at least one kid since starting, and we need to learn how to grow smart.”

Ology Brewing / Facebook
Genetic Nurture, a double dry-hopped IPA.
And if you’ve noticed a certain theme when it comes to Ology’s beers—with names ranging from “Genetic Nurture” to “Sensory Overload”—science is the overarching theme of the brewery, which stems from Walker’s family history. With a degree in nursing and biology himself, Walker was a cardiac nurse for about five years before opening Ology in 2017.

Both his father and grandfather were long term scientists that delved into sensory research and psycho-biology at Florida State University. “My grandfather researched the way that smell and taste impact the ways in which we perceive the world around us—it’s very interesting,” Walker says.

Everything down to the name of the brewery itself stems from science, as “ology” is a suffix that denotes a specific field of study. Because the Ology Brewing team is always experimenting with methods, ingredients and flavor combinations,  its scientific approach to brewing is prevalent in its various types of products.