Her episode airs on Sunday night. 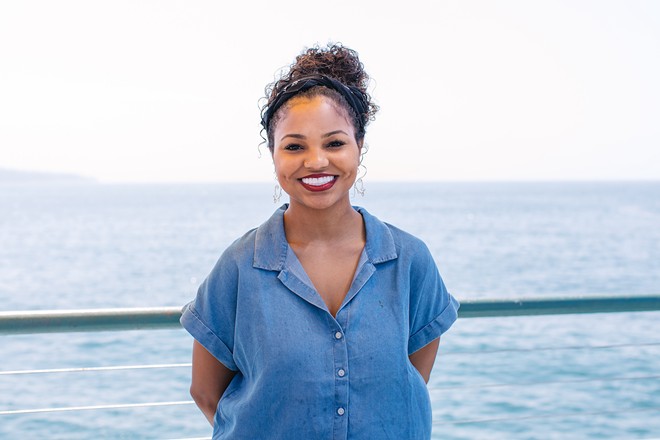 Vidal will appear again on a new series called “Beachside Brawl,” and her episode airs this weekend.

According to a press release on Food Network’s website, “Beachside Brawl’” host Antonia Lofaso “challenges the foremost cooks from both coasts in the ultimate battle to determine which coast does summer food best”. The East Coast and West Coast teams will be tested in summer-themed cookoffs from seafood banquets on a budget to tropical destination dinners and boardwalk bake sales.

“You want to hit people with the first bite they take–especially the judges since they usually only take a few bites–so you must make it count every time,” Vidal told Creative Loafing Tampa.

Vidal will be on a team with other East Coast chefs including Jared Brown (New Jersey), Edward Lordman (also from Florida), and Ben Porter (Massachusetts). The East Coast team captain is Boston-based chef and restaurateur Tiffani Faison. 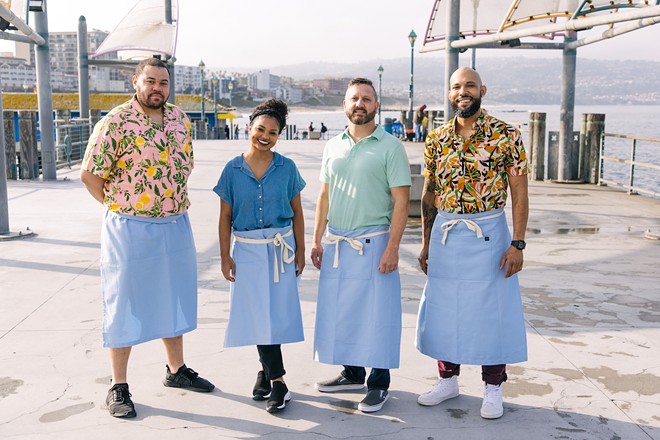 c/o Food Network
(L-R) Jared Brown, Jada Vidal, Ben Porter and Edward Lordman
At the end of the series, a team member will be crowned Best of the Beach and win a dream beach getaway worth up to $25,000.

“It sounds cliche but it was life changing and changed the way I cook,” said Vidal. “Tiffani always preached for bold flavors and layering your ingredients.”

Cheer for Vidal on Beachside Brawl when the show debuts Sunday night at 10 p.m. on both Food Network and Discovery+ streaming service.