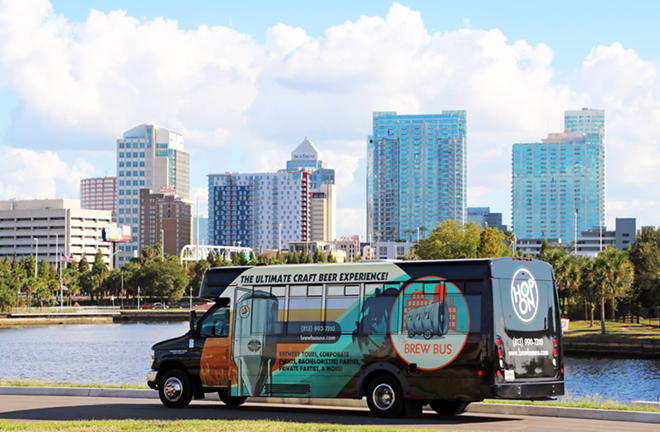 Finding a parking spot near Amalie Arena during hockey season can be a real pain in the ass. Ridesharing can take money out of your pocket when it was really meant for brews (or a Portillo's dog) during the battle on the ice.

Worry no more, hockey fans. Brew Bus decided to once again use its bus, which is usually dedicated to their local brewery tours, as a hockey shuttle. Since the 2016 debut of the "Hockey Shuttle by Brew Bus," the local brewery has transported nearly 900 Tampa Bay Lightning fans to 38 games at Amalie Arena.

Basically, Lightning fans can pregame at Brew Bus, leave their car in the parking lot (without sweating a tow) and then hop on the shuttle for a roundtrip ride to Amalie Arena to watch the game. If you want to get in on this year’s shuttle, perks include terrace level seats for the game, two beers before the game (one at Brew Bus Brewing and another on the bus itself), a roundtrip ride to the arena, and first right of refusal for playoff tickets if they’ve taken the shuttle during regular season.

There's a discounted price if you already have a ticket and just want the ride. Packages start at $50, you can select which of the twelve games offered to reserve your seat on the bus.