You can make reservations starting at 5 p.m. today. 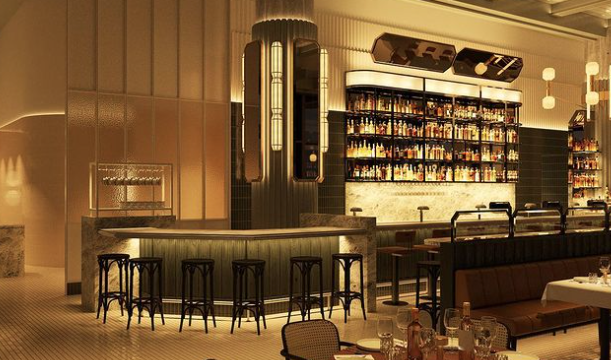 According to its Instagram, both dinner and lunch reservations for its debut week will be available at 5 p.m. today on boulontampa.com.

Although its menu has not yet been released, guests can expect a full spread of steak and seafood entrees from Chef Habteab “Hab” Hamde when Water Street Tampa's newest eatery debuts next week.  Hamde was the executive chef of Bern's Steakhouse for 26 years before leaving the iconic Tampa institution at the end of 2022.

Boulon Brasserie is the newest eatery from Next Level Brands, a Tampa-based restaurant group behind other concepts like Forbici and the upcoming Union New American. The group consists of Andrew Wright, Joseph Guggino and Jeff Gigante, co-founder of the popular Ciccio Restaurant Group.

The soon-to-open French bistro was first announced in late 2021 and was originally slated to open sometime last year. New French bistro Boulon Brasserie opening at Tampa's Water Street in 2022: Next Level Brands’ new concept will operate in a 3-in-1 space.