You're doing it wrong: 5 Portillo's hacks you never knew existed

Here are some tricks to ordering from the Chi-Town transplant, off-the-menu style. 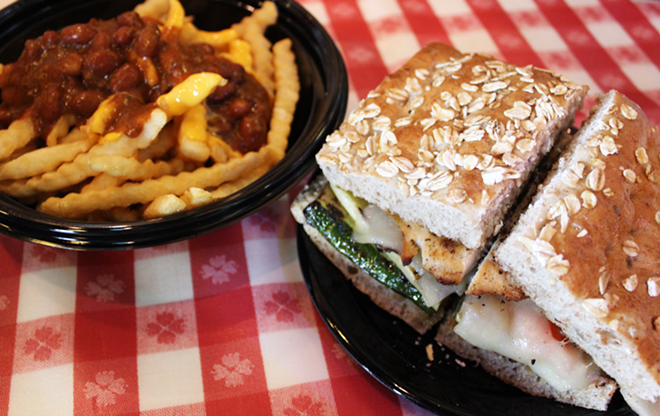 Menu hacks at Portillo's aren't exactly a secret — and there are plenty of them. However, they aren't exactly front and center. Then again, those who know their way around the Chicago-style restaurant chain, a Windy City icon with its beloved hot dogs and Italian beef sandwiches, are hip to some ordering tricks — or, really, customization options — that your average Portillo's-goer probably isn't.

Try these five hacks the next time you stop into the Chi-Town transplant's Brandon or Tampa locations. You'll thank us later. 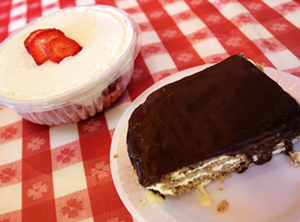 Meaghan Habuda
Diners can have the strawberry shortcake or chocolate éclair cake as a shake, and eat it, too.

You've had the fast-casual chain's worshipped chocolate cake in liquid form as the chocolate cake shake, a popular menu item. What about the other two dessert offerings, though? Portillo's Italian strawberry shortcake and chocolate éclair cake can also be blended into milkshakes upon request. Yes, you must order the cake and the shake à la carte — as is the case with all the hacks on this list. But it's totally worth it.

P.S. Something tells me when the legendary lemon cake returns for a limited time June 13 to July 31, the restaurant won't have a problem turning that into a shake, either.

Many patrons don't know that they can switch up the signature Italian beef's flavor with their choice of cheese. Normally, the famous recipe comes sans cheese, but choosing from varieties like mozzarella, Cheddar and Swiss results in a different type of Italian beef experience. And if you find the cheese fries' warm, luscious golden sauce irresistible, like I do, smother your sandwich with that instead. The cheese sauce comes on the side so you can enjoy as much as you'd like with every bite. 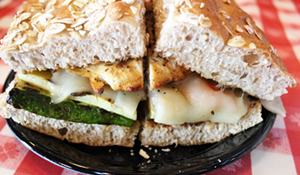 For meat eaters and people who want to create their own chicken sandwich — or take a break from the beef (hey, it happens) — marry a charbroiled chicken breast with the grilled vegetable sandwich. You end up with a variety of grilled veggies (think zucchini and 'shrooms), Havarti and juicy seasoned chicken in between two slices of multigrain focaccia.

Baked potatoes accompany Portillo's rib dinners on Monday nights. Let a loaded version of the classic side accompany your rack of baby backs. All diners need to do is ask for a baked potato and a bowl of homestyle chili, which is served with cheese and onions.

One of @portilloshotdog's many menu hacks: chili cheese fries pic.twitter.com/qU5V7X0fUB

OK, if you've ever wished for chili cheese fries to pair with your Chicago dog, they exist. The restaurant offers two kinds of chili — the aforementioned bowl, plus a hot dog chili for the menu's chili cheese frank — but go with hot dog chili when placing your order to achieve chili cheese fry nirvana. Again, the cheese (yes, the same delicious kind offered with regular cheese fries) and chili come on the side, allowing patrons to pour away.