Before Tampa show, Daryl Hall talks about the music press and why you won't hear deep cuts at Amalie Arena

Hall & Oates plays alongside Train and Kandace Springs on June 22.

I don’t give a damn about the critics. “Out of Touch,” “Private Eyes” and “Maneater” all deserved their spots on Billboard charts (all No. 1s, if you’re keeping score). We can’t, however, vouch for Daryl Hall’s VH1 show. The 71-year-old soft-rock icon says that the show invites him to get outside of his comfort zone. At the very least, an episode with Train's Pat Monahan led to the creation of "Philly Forget Me Not," a collaborative single that is Hall & Oates' first bit of new material in a decade and a half.

"You know, Daryl’s House has changed my life," Hall told CL. "I’ve always been into the idea that, as you can imagine, I’m a collaborator. I’ve collaborated with many, many people. But Daryl’s House allows me to be free to collaborate in a way that stretches me."

When it comes to the band's antagonistic relationship with a music press that's always kind of taken a shit on the band, Hall pulls no punches.

"I’m just glad that the days of gatekeepers and opinion makers are over. We live in a very different time and in the way that people perceive entertainment," he said.

"There’s not some jackass saying who’s the future of rock and roll and all that stuff. People aren’t making money off of manipulating people’s perceptions. People are making their own decisions and having their own ideas. I’ve crossed generations and I’ve never been fond of the generation that I grew up in. I identify more with younger generations and I have an affinity to that mindset, and their way of looking at life. I’m just happy that the direction has changed. "

Hall and Oates co-headlines this one along with AAA-rock darlings Train and Scat Springs offspring Kandace Springs, who is making quite the name for herself thanks to her work for Blue Note Records. Read the rest of our Q&A and get more information on the show below.

Congrats on the new single, you mentioned that it confirms that the Hall & Oates brand is still strong. Did you ever think that the world thought it wasn’t?

Did I ever think it wasn’t strong? No, it wasn’t that, it just confirms... it’s a funny thing, you know? It actually confirms the strength. Literally, it’s not a big giant surprise, but it’s a confirmation. That’s what I like about it. It's like, “I’m doing something right here.” I work pretty hard, and I’m just glad to see that everyone likes it.

You kinda took the reins after Pat Monahan (of Train) handed them off. I realize that A does not lead to B when it comes to new Hall & Oates music, but does it make you want to collaborate with some other artists for recorded music, not just Daryl’s House stuff?

Well it’s more of an extension of that. You know, Daryl’s House has changed my life. You know, I’ve always been into the idea that, as you can imagine, I’m a collaborator. I’ve collaborated with many, many people. But Daryl’s House allows me to be free to collaborate in a way that stretches me. Not only in my own head, but in people’s perception in what I do. It’s stimulating in the most important way, creatively. So, why don’t I take that into recording as well? With Pat, I had him work on Daryl’s House. It was a perfect choice, considering as we were going to have him on tour with us. Then I said, “Let’s make a record together! Let’s collaborate one more time.” He came up with a very good idea and I ran with it. That’s how it came together.


You mention you and John not having the kind of relationship that would lead to anything in album format. What’s the relationship like on tour?

Obviously, you’ve read what someone has taken down of me saying recently. The thing about the album is that it’s a collection of work, traditionally. What I’ve found over the years is that kind of music I make is best experienced emotionally, it has to be coherent. I don’t really collaborate with other people for performing, but when you’re doing a one-off, it’s a lot easier to do. You know, occasionally with John, or occasionally with whoever.

Any chance we’ll hear stuff from your upcoming solo record or any of John’s Good Road Band stuff when the Train tour hits Tampa?

We personally don’t mix our solo stuff with our together work from our career. Also, we have a limited amount of time when performing. You know, this is not a Bruce Springsteen concert [laughs]. You know, Train is going to play, we’re going to play, you know, we have to have it streamlined set because we only have so much time. That precludes a real stretching of things by doing solo tracks or deep cuts. It’s mostly want people really want to hear. I’ve offset that by at the end of the show we’ll have a great segment where Pat and John and I do a bunch of songs of his and ours. That’s the most stimulating thing for me, but we always change things up for our set, keep little surprises and such.

Can you talk about the Daryl’s House outdoor stage project pushed to next year or is that something William Sayegh is handling?

I’m going to do more touring with John, that’s one thing. Then I’m going more into production, and then I want to finish my solo record. Who knows what else, I got a few things I can’t talk about that will occupy me, you know?


In 2016, Tampa Bay thought it was gonna see you for Clearwater Jazz Holiday, but then some tonsil issues came up. You didn’t sing for almost two months. Was that scary? What’d you do?

I just laid back, fixed myself up and here I am. Nothing much to say about that.

I feel like you and Jonathan Wolfson have a good working relationship, since about 2009 I think. What does the Live Nation acquisition mean for your career?

My interests creatively have shifted and evolved, if that’s what you mean. I love playing live, and playing with John, I like doing shows. I do a lot of different things. That’s what keeps me interested and creatively fulfilled. You never know what’s going to come out, I don’t look at my career as one-dimensional.

Going back to that question about the Hall & Oates brand. I kind of talked to Barry Mann and Cynthia Weill about being panned by critics in the early days, and then the critics having to correct themselves after history had its say. You’ve been critical of the initial critical reaction to the band, specifically Jann Wenner. Are there any feelings of vengeance now that he’s having a hard time?

I’m just glad that the days of gatekeepers and opinion makers are over. We live in a very different time and in the way that people perceive entertainment. There’s not some jackass saying who’s the future of rock and roll and all that stuff. People aren’t making money off of manipulating people’s perceptions. People are making their own decisions and having their own ideas. I’ve crossed generations and I’ve never been fond of the generation that I grew up in. I identify more with younger generations and I have an affinity to that mindset, and their way of looking at life. I’m just happy that the direction has changed.

Do you still think you have an antagonistic relationship with the press?

Yeah, people perceive me completely differently now. They know what I do, they understand me, they see me at my house. 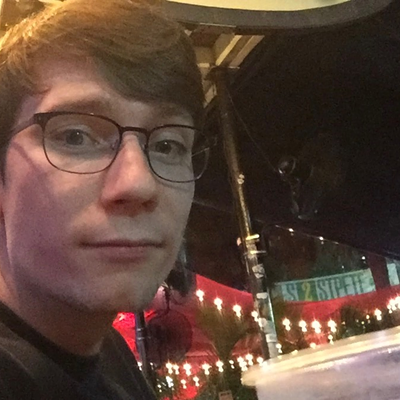 I am Brendan McGinley I am a writer and student at the University of South Florida, I enjoy music, baseball and the occasional craft beer. I am a New Jersey transplant who calls Florida home.