It's a free show at Daddy Kool Records, people! 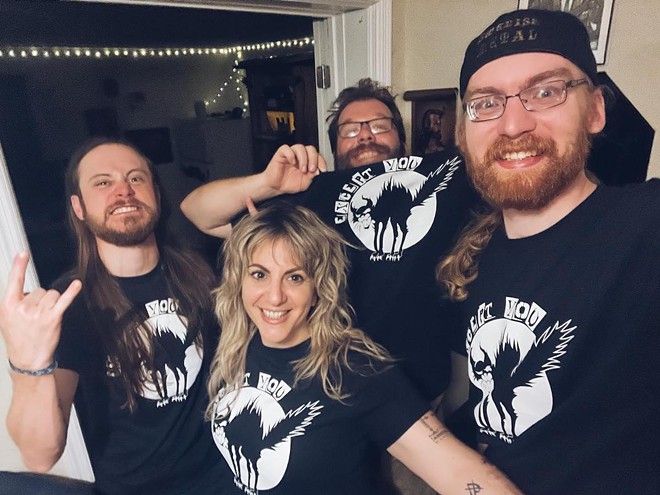 Photo via exceptyouband/Facebook
Except You
Lakeland’s punk-rock flea market is very, well, outdoors, and let’s face it: it’s hotter than balls out there. And we all know the only thing worse than balls is sweaty ones.

That’s why, on Sunday, Aug. 14, the party heading west this weekend and (mostly indoors) for Daddy Kool Records at St. Pete’s Warehouse Arts District where about three dozen vendors get to sell their wares inside while five vend outside (as punishment?) for six hours.