Technically, it's a 'Fountaine de Lars.' 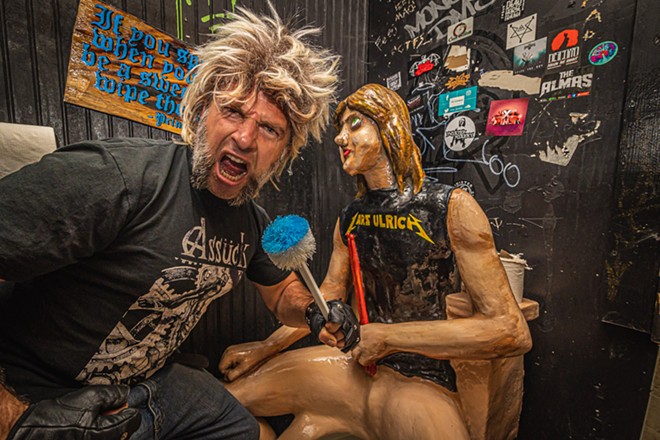 Dave Decker
Prince Midnight's Lars Ulrich toilet and fine art toilet seat gallery at Brass Mug in Tampa, Florida on Dec. 3, 2021.
You're going to have to spend at least $5,000 if you'd like to own a piece of rock and roll history.

A Lars Ulrich toilet handcrafted by Tampa-based musician and artist Prince Midnight has hit the auction block with a starting bid of $5,000. Midnight—who went viral on the internet after allegedly making a guitar from his uncle's skeleton—told Creative Loafing Tampa Bay that Sotheby's and Christie’s both declined, so he's throwing the one-of-a-kind handcrafted art on eBay.

The item is technically labeled as "Fountaine de Lars, Utilitarian Sculpture Of Lars Ulrich Of Metallica As A Toilet," and Midnight told CL that, "Essentially, we have to ask ourselves as artists and art collectors, what types of work will define this modern era?" 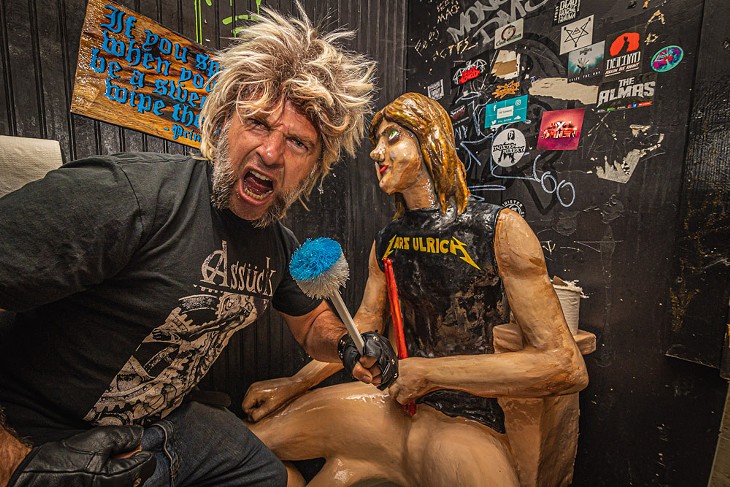 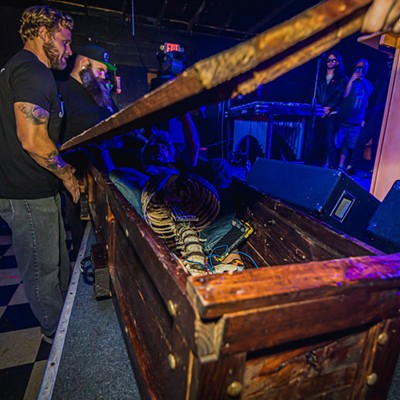 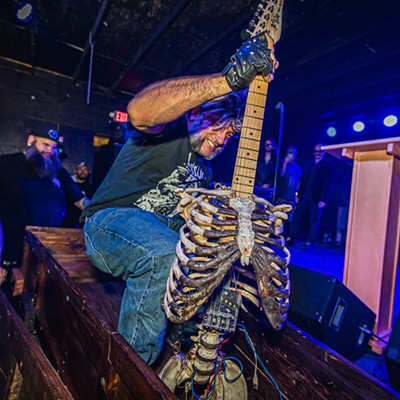 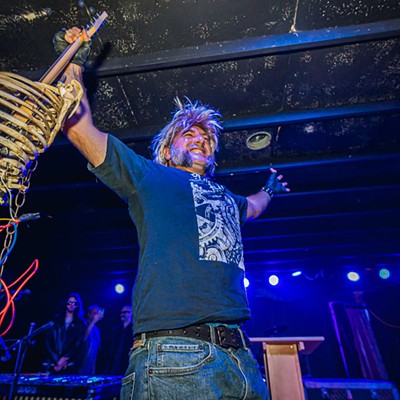 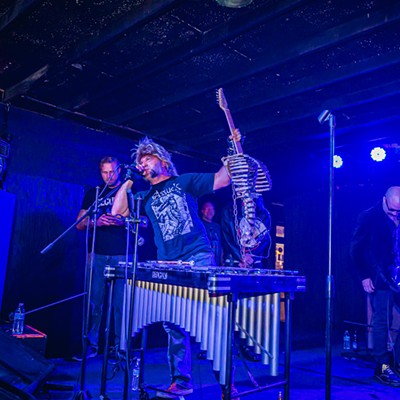 Click to View 58 slides
"When Duchamp’s Fountain was displayed, certainly no one thought that it would define Dada and change the art world forever by introducing conceptual art. Will intangibles like NFTs be what defines art in our time? I would argue that we will be best defined by the ephemeral nature of viral stories and fake news, and the items that can physically represent these moments will be the works displayed for visitors at museums, likely not an animated gif on a screen," he added.

Over the weekend, Midnight installed the toilet at Tampa rock club Brass Mug where his band, the Searing Torment, made its live debut. In previous conversations with CL, Midnight said he learned the technique, which involves precisely measuring the face and its vertical and horizontal lines, “while apprenticing at Madame Tussaud’s in London.”

Read the full description of the item below, and visit it in real life by visiting the Brass Mug in North Tampa.

This item is the physical manifestation of a multifaceted performance by Prince Midnight, under the moniker of Hellmouth Plumbing Supply.

The item was the subject of a viral news story that swept across the world appearing in dozens of news articles, receiving hundreds of thousands of collective “likes” and even was commented on by Metallica’s bassist, Robert Trujillo.

The work is a likeness of Metallica’s Lars Ulrich captured in a toilet, blending the two into a single, functioning, utilitarian object. The fiberglass shell was applied over a clay sculpture and will align with most any standard toilet for normal use.

The sculpted toilet was featured in a pop-up gallery in the bathroom of famed heavy metal bar, The Brass Mug, as part of an immersive art experience alongside several enamel painted toilet lids.

The work was inspired by conceptual artist Marcell Duchamp’s toilet-centric work “Fountain,” the utilitarian works of the Bauhaus School, and the immersive experience art of Yayoi Kusama (“Infinity Mirror Room”) and Char Davies (“Osmose.” ) In the words of the artist, this piece “embraces human existence’s profoundly absurd condition” and represents our culture’s obsession with viral stories, capturing a moment in these ephemeral experiences of our collective consciousness. 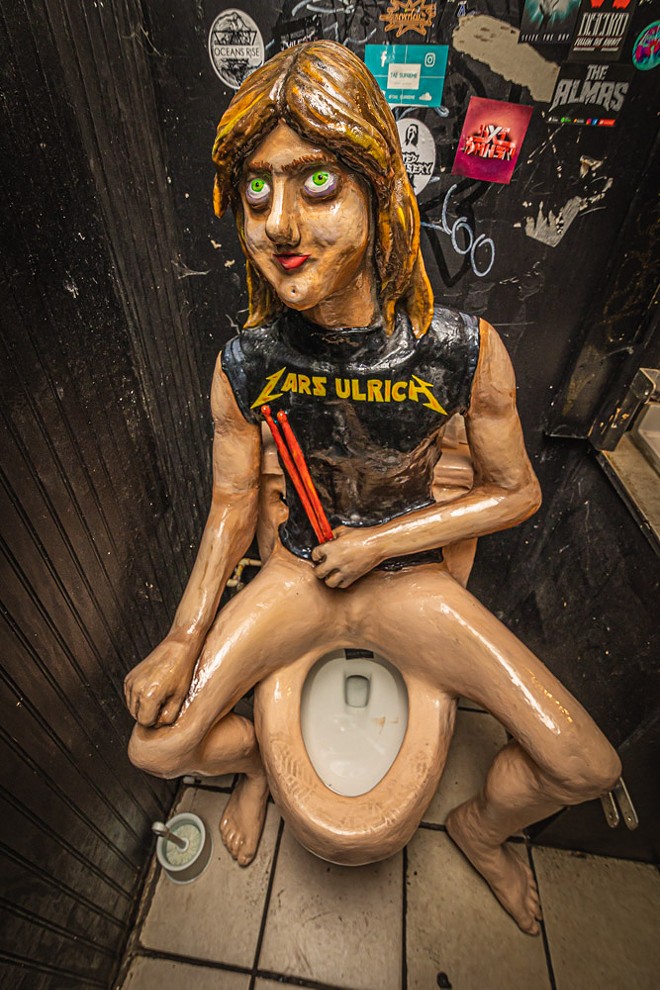 Dave Decker
Prince Midnight's Lars Ulrich toilet and fine art toilet seat gallery at Brass Mug in Tampa, Florida on Dec. 3, 2021.
Support local journalism and a small but mighty team works tirelessly to share music news, events and concert announcements as the Tampa Bay music scene recovers from coronavirus shutdowns. A one time or monthly donation supports our staff, and every little bit helps. Subscribe to our newsletter and follow @cl_tampabay on Twitter.