His solo debut is due this year. 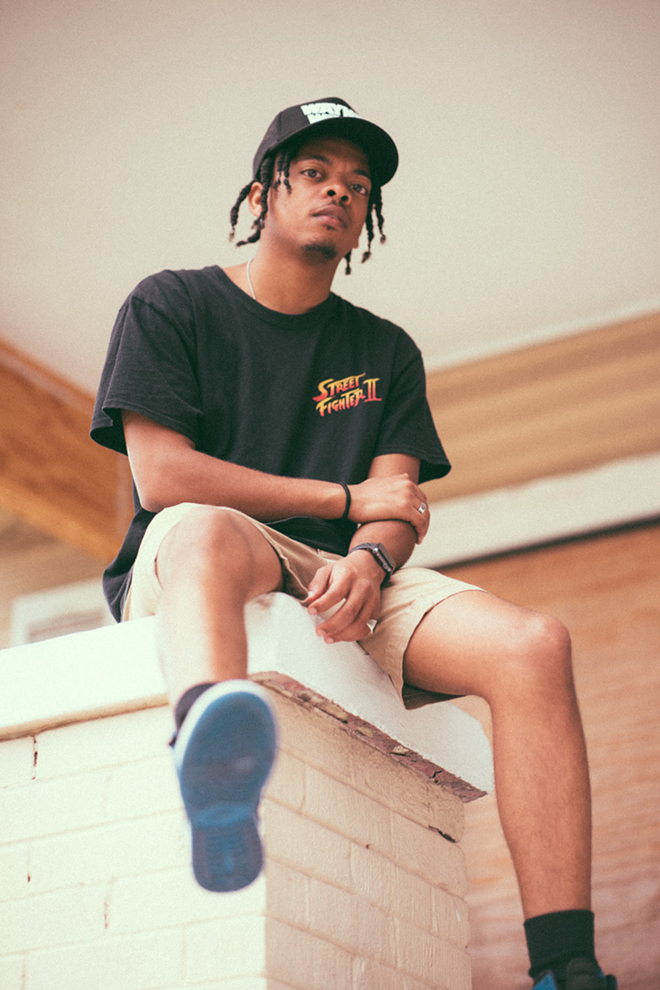 If you’ve listened to a high-quality Tampa hip-hop artist lately, then you’ve probably experienced something that passed through the mind and hands of Jordan Patrick. The Bay area producer is from a generation that rarely puts its paws on liner notes, but if we lived in the golden age of CDs or vinIyl, then Patrick (aka JXPVTTY) might be more of a familiar name. His work can be heard on music from CL favorites like She.Go, Vern Sr. and They Hate Change as well close to dozen other artists. He’s even worked with Garden Club drummer Natalie Depergola and also has few unreleased records with Tampa export Famous Kid Brick, who just signed a deal with Jay-Z’s Roc Nation imprint. And if the University of South Florida graduate had it his way, then the world would know his sound.

“I don’t have all of the answers when it comes to making music that can be successful on a global scale, but I plan on collaborating and making high quality music,” Patrick told CL. “I feel like creativity and quality trumps all. Trendy, gimmick-driven music is temporary.”

That’s refreshing to hear, and it kind of makes sense coming from a kid who was born four days before Nas released Illmatic and just 11 days ahead of the street date for Outkast’s Southernplayalisticadillacmuzik (Biggie’s Ready to Die and Warren G’s Regulate... G Funk Era also came out in ‘94, if we’re keeping score). But when it comes to influences, Patrick is all over the place. His dad raised him on artists like James Taylor, Joe, Al Green and Hall & Oates. Mom and grandma listened exclusively to gospel, so Patrick grew up going to Tampa’s Brown Memorial Church of God in Christ where he fell in love with instrumentation and musicianship. An uncle took notice of how Patrick — who is related to late disco and R&B singer Zulema Cusseaux — learned to play drums and keyboards, so he booked the young man studio time, taught him how to use production software and learned him on underground music like J Dilla, MF Doom and Madlib. Patrick still uses Fruity Loops to this day. Joni Mitchell and Michael McMcDonald also figure into the JXPVTTY equation, but so do Kanye West and John Mayer.

“In terms of songwriting, those are some individuals who inspire me and make my pen move,” Patrick said. Taking music courses advanced an appreciation for composition, which led him to minimalist composers like Steve Reich and Philip Glass.

“I truly believe less is more and that arrangement is everything. I’m really into studying song structure just so I can break it and make something new.” Photo by Tyree Anderson (@sheepishnarco)
Jordan Patrick on the stoop of the Tampa, Florida home he grew up in.

His process is highly collaborative, too. Patrick rarely brings complete beats to the artists he works with, opting instead to have a conversation with the artist to find out where they are coming from and where they want to go. Sam E Hues, who’s tapped Patrick to work on a forthcoming album, makes it a point to delineate the difference between a beatmaker and producer

“Jordan becomes an extension of you, tailoring his production to fit your vision, advising and bouncing ideas to help execute it to its full and best potential while maintaining artistic integrity,” Hues told CL. Hues now sees Patrick — who will discuss the volume of a synth with Hues for 20 minutes — as a brother. “I don’t see myself making music with anyone besides him.”

Gat$, a Rolling Loud festival alum who asked Patrick to produce a new single “Nelly” and a forthcoming collaborative EP, lauds the producer’s ability to dig through sounds and match the timbre of a vocal to a sample on the spot.

“He’s like the Q to my Bond, vital to any mission being realized,” Gat$ said. But trying to be in tune with an artist doesn’t hinder Patrick’s own energy.

“It’s really the opposite,” Patrick said. “I give the artist what I think they should make. In my opinion, being a producer is centered around trust. I can’t work with an artist that doesn’t trust me fully.”

It’s not all rosy in JXPVTTY land either. Patrick has a slight fear of putting himself out there, and living in his home studio has left him sitting on at least a terabyte of finished music that is waiting for the right home. He also has a trove of songs that are just a minute long due to an inability to find words or complete an idea. Still, he’s been making an effort to be more visible. His first solo project is dropping before 2019 is out, and those incomplete songs are more like exercises than they are stumbling blocks. Falling short is just part of the process and Patrick deals with creative dead ends by digging through crates or by trying to score a movie while it plays on mute.

“I had to get that idea out of mind,” he said about incomplete compositions, “to make space for a better one.”

He knows when the best ones have arrived, too. One of Patrick’s favorite memories is one he had with Betty Dawl, his bandmate in hip-pop duo Trapfone. It happened more than three years ago during the creation of Trapfone’s 2015 EP, Prob Juz Sum Shapes, for an unreleased song called “Brandy Butter Breezeway.”

“While I was adding the harps I saw her face light up and she was in awe because she’d never heard anything like that before,” Patrick said. Those moments of awe are what he lives for. “I feed off that energy and that’s what keeps me motivated.”

And as the world completes its move away from the days of being spoon-fed music by the radio, a mind like Patrick’s is a promising indicator that Tampa Bay’s hip-hop scene will continue to not just motivate us locally, but earn the city wider recognition, too.