The Tampa Bay Lightning's favorite rapper is back. 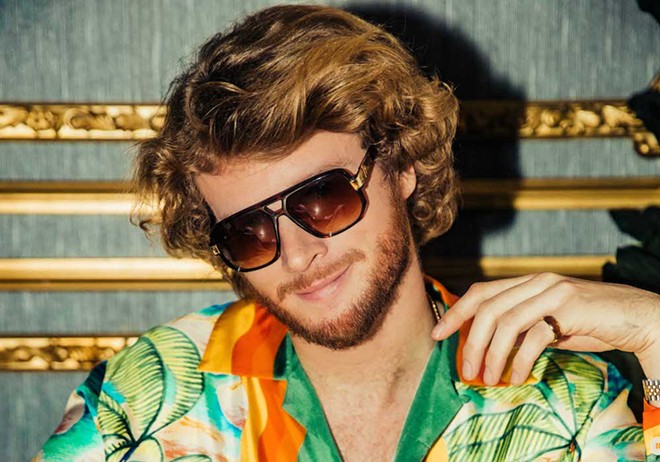 "Tampa Bay Bustdown" is about to hit different.

This fall, rapper Yung Gravy is bringing his Baby Gravy, The Tour to St. Petersburg's Jannus Live for a two-night concert beginning at 7 p.m. on Thursday, Nov. 10 and Friday, Nov. 11. Viral hip-hop artist bbno$ (Baby No Money) will open the show.

Gravy, born Matthew Raymond Hauri, is returning to the city where professional hockey players bump his music in the locker room and inscribe his hit song, "Gravy Train," on the inside of their Stanley Cup rings.

The 26-year-old became somewhat of a good luck charm for the Tampa Bay Lightning players during the team's playoff run in 2020, so much so that they invited him to perform a concert outside the stadium before a game.

The Minnesota-born rapper's sound is a unique mix of Soundcloud hip-hop, soul, funk and lots and lots of satire—so much to the point where you can't take him seriously, which he doesn't either.