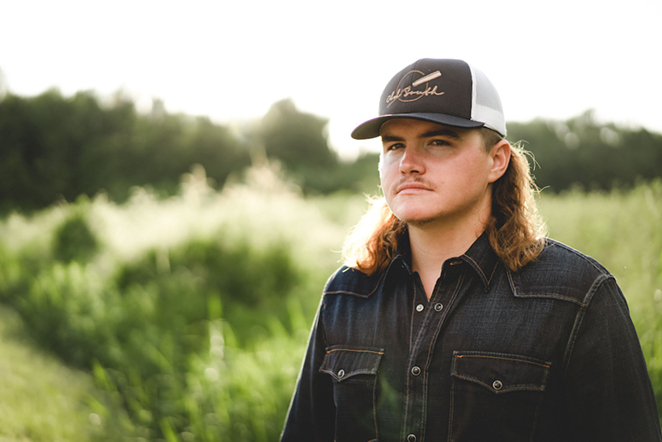 Florida resident and “The Voice” Season 20 runner-up Kenzie Wheeler wears his mullet with pride—and with vocal talent like his, he can have whatever hairstyle he wants.

The 23-year-old Dover singer wooed the reality show’s judges and audience with a low-country crooning transcendent of his age. His version of “He Stopped Loving Her Today” might impress George Jones himself if he was still alive. Wheeler just signed with Ybor’s Five 5 Studios—where he’s working with a talented team that includes Grammy-winning producer (and burgeoning band photographer??) Cliff Brown—so expect to see more of him around these parts, including at this 18 and over Friday night show.

There’s no word of any kind of mask recommendation (the club sort of found a way to get around it back when a mandate was in place) so you're probably on your own there. If you’re a superfan of the NBC show, Season 16 contestant and country singer Presley Tennant is also in town this weekend, at The Attic on Saturday.