There’s a big noise coming out of Lakeland, and Emily Jones playing a huge part in making it 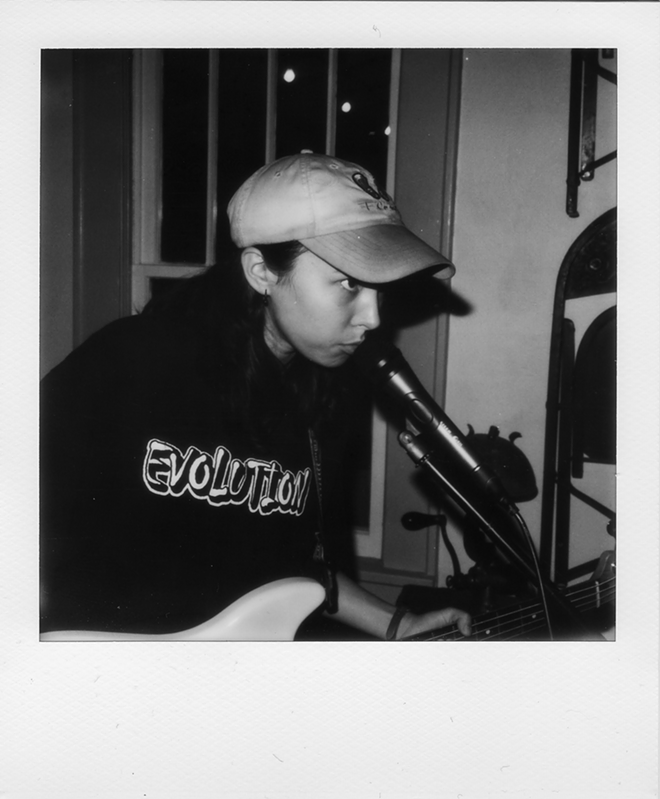 Lakeland’s Hillcrest Coffee has become something of a hub for the city’s creative class, and in the middle of all the activity is Emily Jones, a barista there and someone whose musical tastes and efforts are all over the Hillcrest concert calendar.

Jones’s journey started at age 11 with a guitar, and she grew up playing in church while also composing a large volume of her own original music in her spare time. The surfeit of songs led a then-12-year-old Jones to start playing singer-songwriter shows at local record stores, where she made friends and gained foundational connections with older musicians. She joined her first bands at 15 and has been playing in as many projects as possible ever since.

“My entire driving force for writing and playing music and collaborating with others is the aspect of human connection,” Jones, 20, told CL. “There’s nothing like connecting with the people in your project, the people you play shows with and all of the people who come out to those shows.”

She’s been in local bands like Thoth, Adieux and Laundromat over the last three or four years, but right now Jones is focused on her solo material (it ranges from grunge-era acoustic stuff to stripped-back indie rock), ROVER (a folk-ish collaborative, experimental noise and ambient sound project with Brendan McGowan) and Clang! (a punk band which finds Jones playing bass).

Clang!’s first show was a mildly controversial affair — some olds from the Tampa scene questioned whether or not the new Clang! should change its name since Tampa already had an old-school art-pop band, Clang (no exclamation point) which made waves during its heyday. The answer? “No” (rumor even said Clang! had Clang’s blessing to move forward); in fact, fans of old Clang even came out to see the kiddos, which is all Jones could’ve hoped for.

“With the desire to connect with all types of people in such a beautiful way through the music scene, touring nonstop is where I want to be soon,” Jones said. “The past year has been the first breakthrough creatively to where I’m actually outputting what I’ve imagined since I first started playing music. I think now I’ve scraped up enough experience and enough tools to finally start delivering the music I’ve been envisioning for so long. It truly feels unreal.”