A Hernando County Commissioner was an admin of a Facebook group with racist, homicidal posts

“Start shooting them,” one member wrote, “Give a warning then start.” 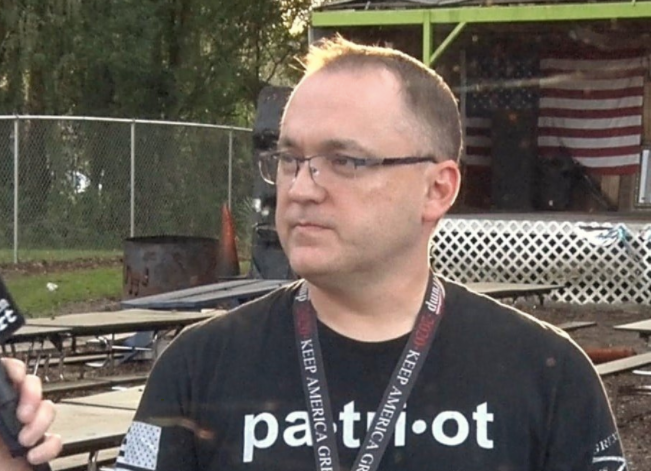 The group, which has since been hidden, had at least 2,600 members according to screenshots, and was started in reaction to protests occurring in the county, reports WMNF.

Accompanying the captured posts were screenshots of the groups’ administrators and moderators. On the list was Hernando County Commissioner Steve Champion and Joe Swilley, who is currently running for the district one seat.

“Start shooting them,” one member wrote, “Give a warning then start.” In reply, another member wrote, “I like let’s shoot first then if there alive we will warn them for next time.”

Champion, who was elected in 2016 and is up for reelection this November, has received criticism for his use of social media before. Mainly, for blocking Facebook users from his page, which experts and courts have ruled to be a violation of the First Amendment since he is a public official and uses his page to post about local government action. 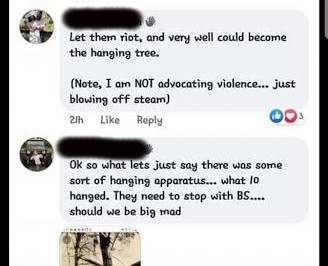 Champion confirmed to Creative Loafing Tampa Bay he was a member of the “Defend Hernando County” page, but although he was made an administrator, he never actively administered the group.

“It’s mostly peaceful people saying ‘Hey rioters come here and they get violent, people can defend themselves,’ which I agree with,” he said. “But then, you know, it got a little crazy back and forth and I don’t wanna be a part of that so I dropped out.”

When asked when he left the group he said, “I don’t know, last week, a few days ago; I don’t know.”

After the screenshots gained momentum, Swilley took to his Facebook page to address the scrutiny by sharing posts he said are from the "Defend Hernando County" group.

“If your inciting violence you WILL BE REMOVED,” it read. “If you see a post that does, please let me know. I will not see them all. Some have been blocked already. This page is about watching out for each other here in Hernando County.”

On Wednesday, the Hernando County Sheriff’s Office released a statement on Facebook addressing groups and comments calling for violence against protesters.

“Our law enforcement officers are aware of the information circulating on social media regarding planned events in Hernando County,” it read. “Entities from every aspect of the HCSO are actively monitoring this situation and taking the appropriate steps with each piece of information.”

The statement also calls for page moderators to “closely moderate all posts and to remove any post where the information has not been verified or is perpetuating violence.”

Friday’s Brooksville demonstrations are in reaction to the death of George Floyd, a Minnesota man killed by a police officer, who knelt on his neck for over eight minutes. The protests also coincide with a petition, which now has over 14,000 signatures, to remove the “hanging tree” in front of the County Court.

In the past, there have been efforts to remove a statue of a confederate soldier from the lawn of the court, which stands beside the tree rumored to have been used to lynch people.

Overt racism is not new to Hernando County. According to a report by the Equal Justice Initiative, Hernando County has one of the highest rates of lynching in the United States from 1880-1940. Brooksville is even named after Preston Brooks, a pro-slavery politician who is most famous for almost beating an abolitionist to death in the Senate Chamber.

This post in the “Defend Hernando County” refers directly to the tree being petitioned against.

“Let them riot, and very well could become the hanging tree.”