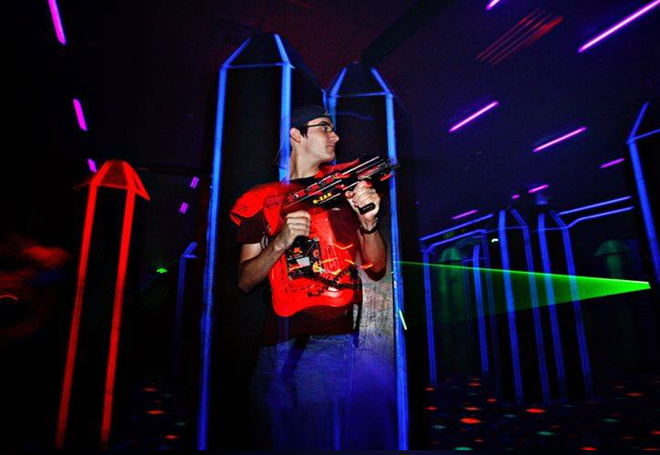 This weekend, a Tampa landmark will get zapped off the map, when laser tag palace Q-Zar shuts its doors for good.

Co-founder Brad Cohen told Creative Loafing Tampa Bay that the last day of operation at 7807 N. Dale Mabry is this weekend, Saturday, August 29. Cohen says he and his co-owners will dial the prices back to 1995 and offer laser tag games for just $7.

Cohen—along with brother and co-founder Dr. Martin D. Cohen, plus Ilya Scargill who came on four or five years ago—expects to see a lot of old faces, family and friends. He even said some employees and patrons met here, started families and went on to bring their own kids to play laser tag.

“There are a lot of emotional ties for people. More so than we kind of expected, which is nice,” Cohen told CL. He doesn’t envision Q-Zar being crazy busy, but he does expect a lot of familiar faces to come say hi and play a game or two.

Cohen said that having to close just before spring break and then only being able to operate at a limited capacity hurt numbers at the facility which could do good weekend business with birthday parties and pull off corporate training and team building during the week. Not being able to book summer camps and school field trips just added to the financial pressure.

It’s a shame that Q-Zar couldn’t hang on either, since laser tag seemed to be an activity that allured to multiple generations of kids, including the latest which could’ve been lured away by mobile phone games. Cohen and his brothers even pioneered a way for younger kids to play the game when they realized five year olds couldn’t lug around the big vibrating vest the way their older siblings did. 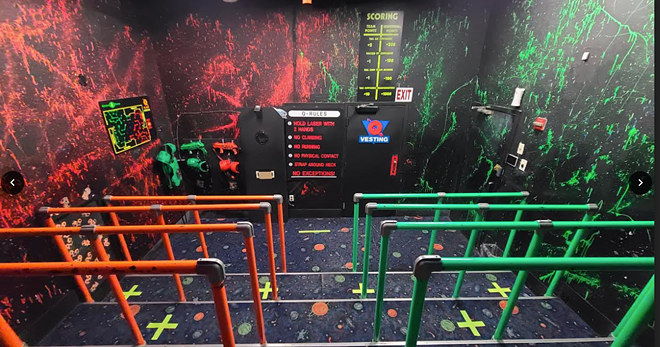 “You see your big brother play, and you wanna play,” Cohen said. “So we found a way to put the vibration pack in the laser gun handle. We put a vest on the kids so we could see them, and they got to play. They obviously can’t understand all the strategy, but they got to run around and feel like they were part of this ‘Mission to Mars.’”

“The love of laser tag has never died,” Cohen added. “And it will go into the future.”

As for the future of Q-Zar, Cohen says some of the nostalgia—including Q-Zar’s multi-panel indoor mural—is headed to the Laser Tag Museum in Louisville, Kentucky. He told CL that Q-Zar will probably sell off posters and random memories and is even considering selling some of the laser gun and vest packs in sets of four, complete with the energizers to charge the gear. The units will be set to “solo” mode so it’ll be every person for themselves (instead of team play).

The business was founded in 1995 by Martin and another brother, Robert Cohen. At the time, the Q-Zar name and product was affiliated with an Australian company, UKLH, which was bought by an English company. The brothers did some market research as the company made a push for America and decided to open the Tampa location as a family business. They owned it for about a decade and sold it to a buyer who kept Brad involved at a reduced capacity. The Cohen brothers bought it back in 2010 and have been running it ever since. Scargill, a former Game Stop manager, was brought on a few years ago. Zac Adams, who's been general manager at Q-Zar for seven years, ushered virtual reality games to the space. Sill, Q-Zar has always put the game of laser tag—which teaches kids strategy, honesty and how to not be afraid of the dark—at the heart of its operation. The operation could find new life, too.

“There are some people interested in perhaps buying what we have, putting it in storage and waiting for the pandemic to go by or waiting for a good location to pop up,” Cohen said. He won’t rule out making himself available to help out during a relaunch, but he will be around through September to wrap things up.

“We’ll be here for the draw down,” he said. And after that, Q-Zar will lay its weapon down, too.