Baxley also drew criticism from opponents for saying Bright Futures has become “viewed as something they’re entitled to have.” 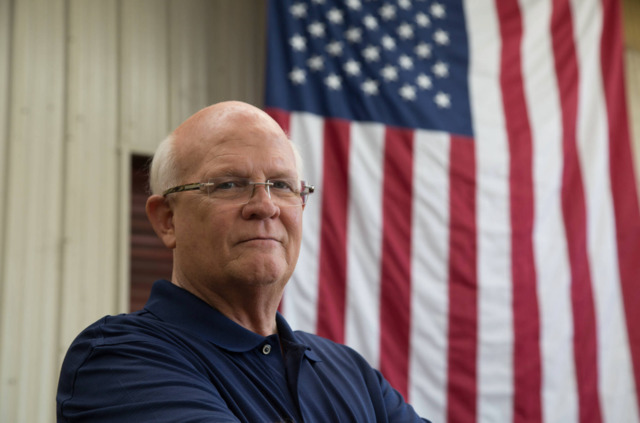 With dozens of students testifying against the bill, a controversial plan to reduce Bright Futures scholarships for students who pursue degrees deemed unlikely to lead to jobs was approved Tuesday by a Senate committee.

The proposal (SB 86), sponsored by Sen. Dennis Baxley, R-Ocala, advanced from the Republican-controlled Senate Education Committee in a 5-4 party-line vote.

An amendment adopted by the committee changed the proposal from completely cutting Bright Futures aid for certain majors to reducing the scholarship amounts awarded to students. The majors at risk of reduced scholarships would be on lists of degrees deemed by higher education governing boards as not leading to employment.

“We’re redesigning the program to have efficacy between the world of work and the world of education,” Baxley said.

Baxley added that his proposed changes aren’t meant to be a cost savings but part of “rethinking the philosophy” of the system.

Opponents have repeatedly raised a concern that the lists have not been defined. If the bill passes, it would then be the responsibility of the state university system’s Board of Governors, the State Board of Education and the Independent Colleges and Universities of Florida to create such lists.

“Just so we can have clarity, can you give us examples of a particular major that might end up on this list?” asked Sen. Shevrin Jones, D-West Park.

“I won’t do that, because all the sudden that becomes the story. And that isn’t the story, the story is pairing up these pathways,” Baxley said. “When it becomes a matter that affects the flow of dollars, it will affect the path of consultation and the shape of courses and programs, so that you’ve got everything you need when you get there.”

“I think this bill is peddling a false dichotomy between a liberal arts education and preparation for work and life,” Sen. Lori Berman, D-Delray Beach, said. “The argument that vocational and pre-professional degrees are better investments than degrees in the arts and humanities is flawed.”

All of the Democrats on the panel questioned whether the government should be influencing what college students choose to study.

Dozens of primarily college students lined up to testify against the bill remotely from the Donald L. Tucker Civic Center, as is required under Senate COVID-19 protocols.They were each given 30 seconds to address the Senate panel.

“This past summer, as I interned in one of the more technical fields in the economics and finance area, I was surprised at the number of students from liberal-arts backgrounds like linguistics and art,” said Xavier McClinton, student-body president at Florida A&M University.

“Allowing students to choose their paths, whether they’re STEM, education, liberal arts or anything else, will lead to a more productive and well-equipped, diverse and impactful workforce,” McClinton said, using the acronym for science, technology, engineering and math..

Another element of the bill that remains nebulous is what would happen to dollar amounts of scholarships. The bill would change Florida’s current system of providing Bright Futures aid at either 75 percent or 100 percent of tuition and fees to tying scholarship levels to the amount appropriated in the state budget.

“We are still concerned about the repeal of the promise to pay either 100 or 75 percent of student and fees for Bright Futures students. Any cuts for Bright Futures will make it harder for students to reach their goals” said Alexandra Valdes, student-body president at Florida International University.

Some Republicans who voted for the bill Tuesday also had questions about the measure.

“What I’m concerned with is, and I have a lot of friends who have done this, they start down one path and then they kind of hodgepodge a major,” Sen. Travis Hutson, R-St. Augustine, said. “So, when you’re trying to do a ‘non-approved’ list, those are one-offs that I don’t know how you capture that way.”

Sen. Jennifer Bradley, R-Fleming Island, also voted in favor of the bill but said she wants some more specifics about the lists.

“I look at this bill as a mom,” Bradley said, adding she has three children, two of whom are currently studying at higher education institutions.

“I have spent the better part of the last decade having big discussions with my kids about, what is their career, what is their passion, how they want to transition to the workforce,” Bradley said. “Those are some of the biggest and most impactful discussions a parent can have with their children. I’m the one that should have that discussion.”

Bradley said one of her children is double majoring in Russian and international relations, and Bradley added she “didn’t really know” if those fields of study would be on a list of career-friendly majors.

“Would I have picked those majors? No. But that’s her dream,” Bradley said. “And I just disagree with the idea that the state gets to define that dream.”

The change tying Bright Futures eligibility to the lists would go into effect during the 2023-2024 academic year. The lists themselves would have to be created by the end of this year. The Board of Governors would also have to launch an online dashboard featuring data on graduates of various fields of study by 2022.

Baxley also drew criticism from opponents for saying Bright Futures has become “viewed as something they’re entitled to have.”

“From what I looked at, we are spending about $862 million now on this type of programming. What I’m concerned about is, it’s wandering into just an entitlement that everybody gets it and wants to go to school,” Baxley said.

“Bright Futures is not an entitlement program. This is a hands-up approach to keep talent here, to retain talent here,” Jones said in response to Baxley’s comments.

Democrats on the panel said they can endorse pieces of Baxley’s bill. The measure would create the Florida Endeavor Scholarship Program, which would help people without high-school diplomas enroll in a Florida College System institution.