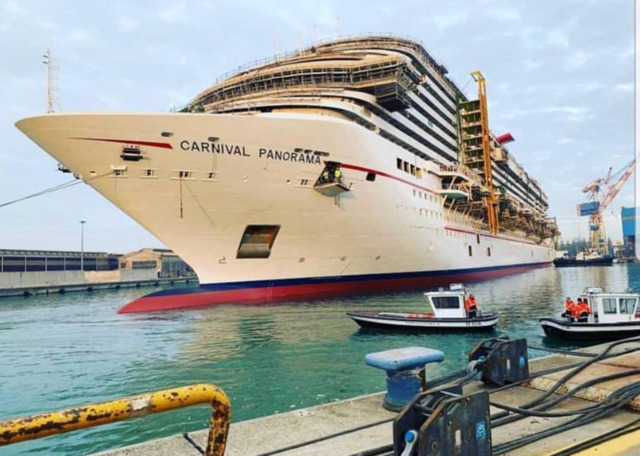 Cruises are poised to return to Florida ports this summer, but the state is still at odds with cruise lines and the federal government regarding proof of vaccination.

The state sued the federal government to permit cruises earlier this year, but federal Judge Steven Merryday ordered mediation earlier this month in the ongoing legal fight between the state’s chief legal officer and the Biden administration, the U.S. Department of Health and Human Services, and the Centers for Disease Control and Prevention over the ongoing no-sail order.

“I am confident we will win the case,” Gov. Ron DeSantis said Friday in Lakeland. “We will win. We were right on the law. All indications are that will be and we will be absolutely upheld in the 11th Circuit. One way or another, we’re going to get it done.”

The Governor was responding to a question about one cruise line looking to resume operations under federal Centers for Disease Control and Prevention guidelines.

Those guidelines would require proof of vaccination, a dealbreaker for DeSantis, who has bet political capital in his battle against “vaccine passports,” in realms far beyond cruising.

“Nobody has fought harder, not just for cruises but for the entire leisure and hospitality sector in this state, in its history than me,” DeSantis pronounced. “Go to any town and visit restaurants and they will tell you that if I did not have the Governor, if I had California or New York policies, I would have gone out of business. You look at hotels, you look at theme parks, you look at all of this, we have been there and been the strongest advocate.”

The Governor circled back to cruises after his leisure and hospitality self-congratulation.

“What the CDC has done by closing the cruise industry for over a year, fifteen months almost, fourteen months, they do not have the authority to do it,” DeSantis said of the move imposed during the Donald Trump administration.

“But it’s a larger issue than just the cruises. You can’t have some bureaucracy that doesn’t have the legal authority to do this claim the emergency and then shut down commerce. And so, I can tell you this, all those cruise lines, if we win, they’re going to be very much interested in doing the Florida business. And oh, by the way, we provided vaccine for a lot of their workers, because they were so committed to doing it out of Florida,” the Governor added.

Though the rhetoric is that of confrontation, the proceedings are in fact in a more legalistic phase.

“That case is in mediation right now,” DeSantis noted. “You know, maybe there will be a resolution. Ultimately, we want to vindicate the state’s immediate interest in this, but there is a larger point.”

DeSantis added that if cruises sail after July 1 and require vaccination proof, the state will enforce its vaccine passport ban “fairly and vigorously.”

“We are going to enforce Florida law,” DeSantis said. “You don’t say ‘pass laws’ and then not enforce it against giant corporations, it just doesn’t work that way.”

The cruise industry shutdown was imposed early in the pandemic when Trump was President, but DeSantis’ pushback manifested under the Joe Biden presidency, with the suit filed in April calling for the reopening of Florida cruises.

The militant rhetoric from DeSantis may be for show to some degree.

Royal Caribbean‘s blog, for example, describes a process of negotiation behind the scenes between cruise operators and the Governor’s Office in what is described as “ironing out a statement that will articulate how cruising will be different than in the state.”

Even as Florida continues to work toward an acceptable framework, Biden is warming to relaunching cruises in Alaska, where leaders seem less confrontational with the White House than those in Tallahassee. Test cruises are on deck for later this summer.

DeSantis addressed this matter Friday, when he was in Lakeland pleading with the federal government to green light the state’s program to import drugs from Canada, a process thus far unapproved by Washington.