The changes could potentially give the board more tools to examine Tampa Police Department behavior. 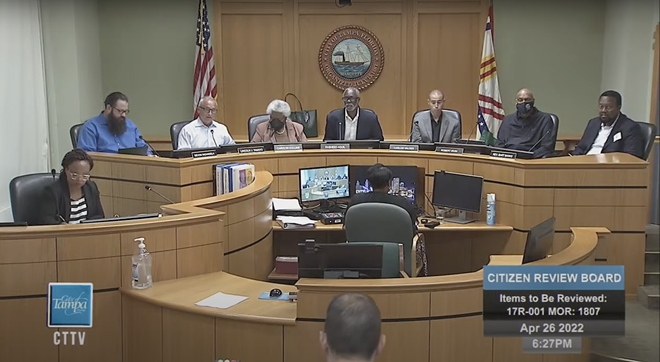 City of Tampa
Tampa's Citizen's Review Board during a meeting in April 2022.

The Florida ACLU is calling for Tampa City Council to let voters decide if the police Citizen’s Review Board (CRB) should have an independent attorney and subpoena power.

The changes could potentially give the board more tools to examine Tampa Police Department behavior.

After sending a letter to city council last week asking for the changes to the CRB, Florida ACLU Greater Tampa Chapter Legal Panel Chair James Shaw Jr. will attend city council’s Charter Review Workshop on May 23, where all aspects of the city’s governing laws, including the subject of the CRB, will be discussed.

“We hope that Tampa City Council will allow the voters of the City of Tampa the opportunity to vote on whether they want the Tampa CRB to have the same tools available to other Florida municipalities in fulfilling their mission of enhancing trust between citizens and law enforcement by providing an independent review of decisions that affect everyone,“ Shaw Jr. wrote in his email to council.

Through having an independent attorney and subpoena power to gather evidence and interview witnesses, the CRB would potentially be able to operate with more independence in reviewing Tampa Police Department affairs and misconduct—something the community and civil rights groups have called for since 2020. 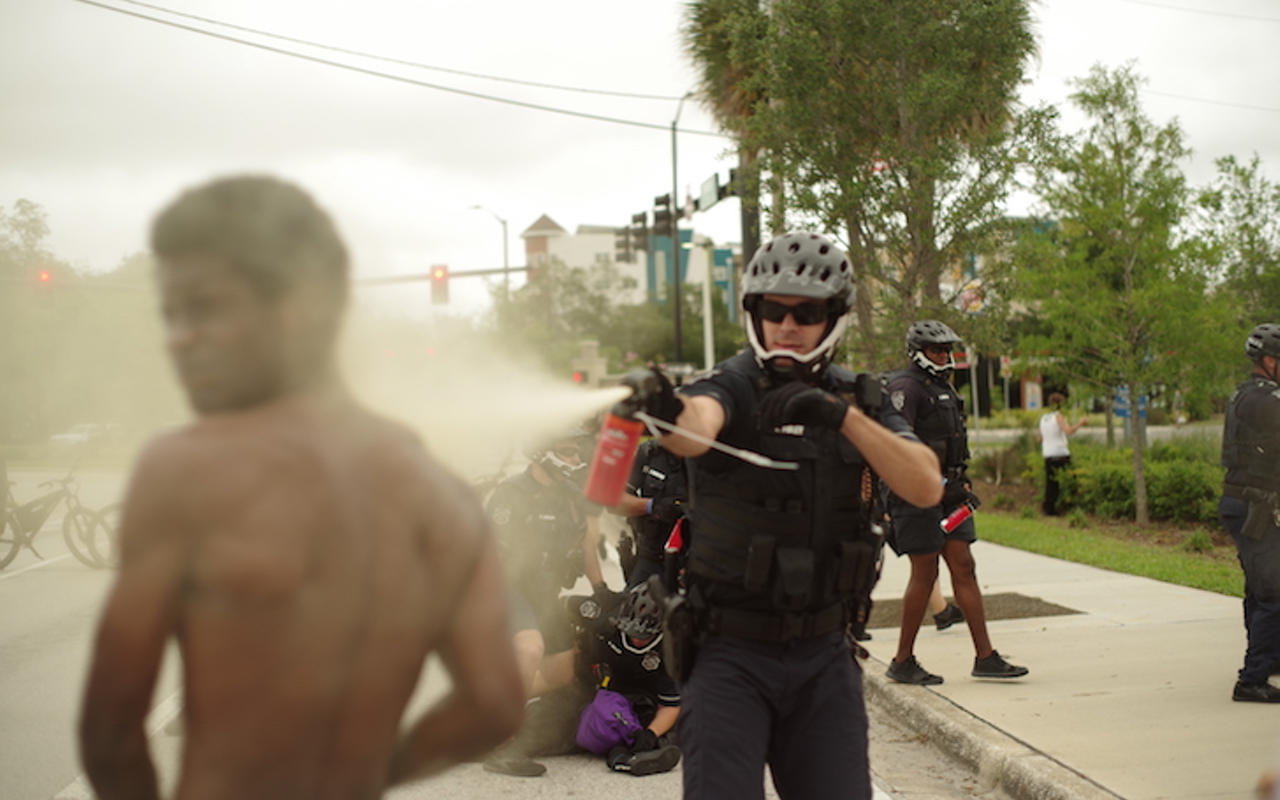 
If council approves of the ACLU’s request, the changes would have to be voted on by the citizens of Tampa in November.

For years, critics have pointed out that Tampa’s CRB lacks teeth in addressing police misconduct. Five members of the eleven person board were appointed by Mayor Jane Castor, a former police chief who stood firm against independence for the review board last year. Five were appointed by city council, and the Hillsborough NAACP got one spot on the board.

Currently, the board uses a city attorney and lacks subpoena power, which would allow the board to obtain testimony and evidence from people who claim they’ve been wronged by TPD.

To change this, the city council would have to propose amendments to the City Charter through an ordinance that would allow the CRB to have an independent lawyer and give the CRB the ability to obtain relevant testimony, documents, images, and recordings from civilians.

The subpoena power would not apply to police, only citizens of Tampa, per a state ruling. 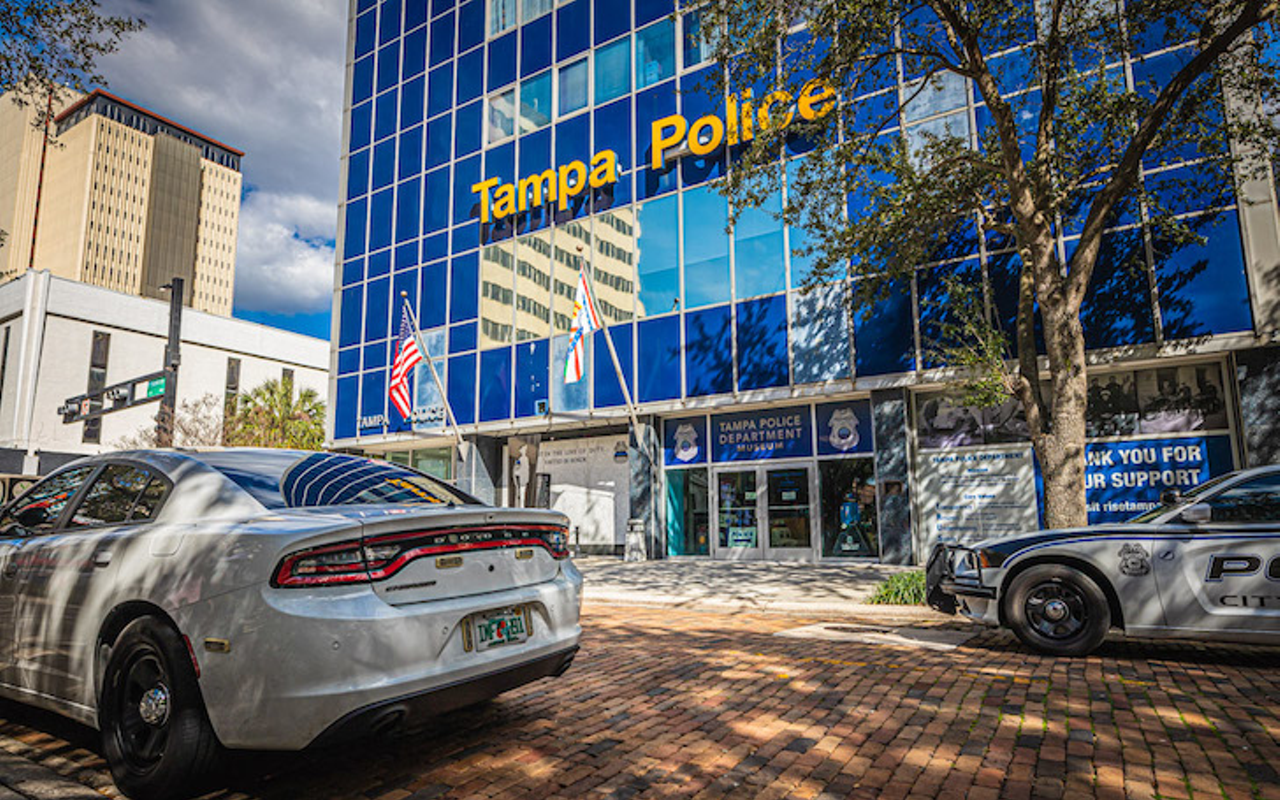 Tampa Police Department's worst moments of 2021: And the city still can't get a citizen's review board with teeth.

The amendments would then be on the ballot in November, for the citizens of Tampa to decide on.

“I have to do more research, but it seems to be working for Miami-Dade,” said councilwoman Lynn Hurtak when asked what she thought about the potential changes.

In 2020, the Miami-Dade Commission approved an independent review board, a move that social justice groups celebrated.

“I don’t really see how it would be a problem to have these changes, but I would still like to talk to more people about how it would affect them,” Hurtak said. “And the only thing about the lawyer is that I would still want to find out where the funding would come from.”

“The city charter already gives the City Council subpoena power,” Carlson said. “I think what council should do is modify that section to explicitly allow city council to delegate that power to its committees.”

The CRB would fall under the committees that would be given subpoena power in this scenario, and Carlson’s suggested change would also have to go to a vote from the citizens in November.

Carlson gave an example of why extending subpoena power to all committees could be useful.

“An example is that the City Council Budget and Finance Committee should have subpoena power to get city records if an administration refuses to show them to the committee,” Carlson said. “So it's not something that should just apply to one committee.”

Other council members and TPD Chief Mary O’Connor did not respond to requests for comment on the suggested changes.

The community’s desire for more powers on the Tampa CRB doesn’t come out of a vacuum. Last year alone, TPD was caught in 18 controversial incidents.

This year, the department has been exposed for several concerning situations. These include the violent arrest of an innocent Black woman, to the announcement of yet another U.S. Department of Justice Investigation into TPD for its controversial “crime free multi-housing” program that targeted Black residents for eviction.

Despite ongoing problems with TPD, Mayor Jane Castor stood firm against any changes to the CRB last summer. Today, CL asked the city’s Communications Director Adam Smith if the mayor is still opposed to the changes, and if so, why? The city has not yet offered a response.