In one meme, O'Connor is photoshopped to appear at a DMV, finally getting a license plate for her golf cart 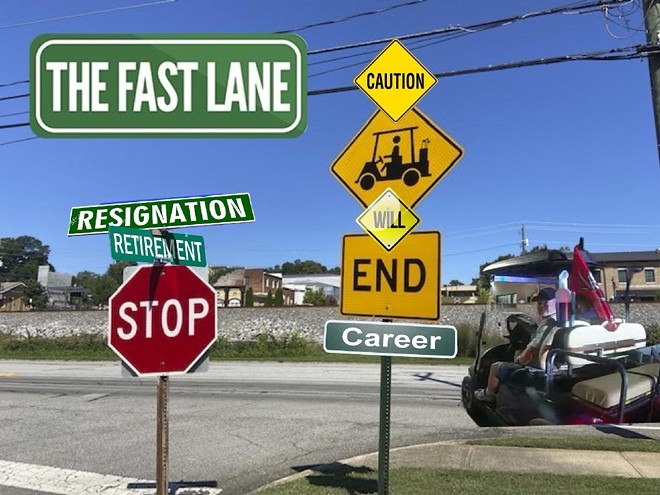 Image obtained by CL
Tampa Police Chief Mary O'Connor resigned Monday morning after body cam footage showed her flashing her badge to get out of a golf cart traffic violation, and while some at TPD may be upset and disappointed with her sudden departure, others within the city's largest department celebrated by sharing memes.

The memes, which were first obtained by Creative Loafing Tampa Bay, were shared within TPD chats and cover everything from jokes about O'Connor's golf cart scandal to suggestions for her replacement. 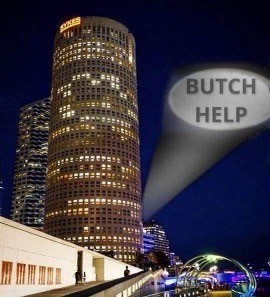 
In one meme, O'Connor and her husband Keith are seen driving through an intersection with streets named Resignation, Retirement and Fast Lane, along with caution signs warning that golf carts "will end career."

In another, O'Connor is photoshopped to appear at a DMV, finally getting a license plate for her golf cart, which was the primary reason she was pulled over by a Pinellas County Sheriff's deputy on Nov. 12 near her home in Oldsmar.

A few of the memes also touched on how some of the employees hoped for a return of Butch Delgado, who acted as interim chief during Mayor Jane Castor's police chief search, but was ultimately passed up for O'Connor. 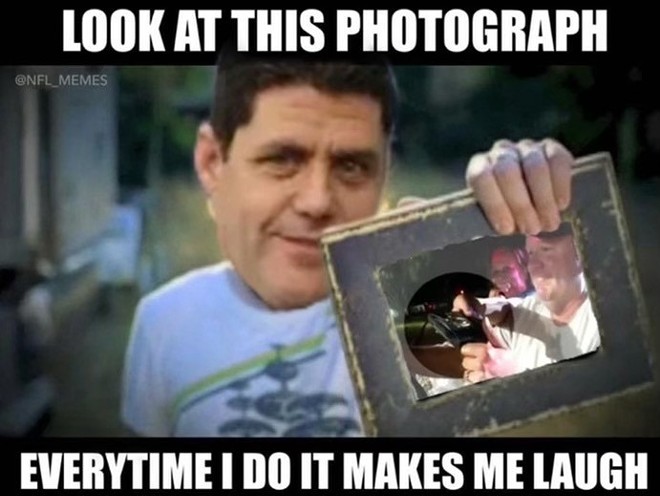 Image obtained by CL
While current and former TPD employees have anonymously told CL that O'Connor had a turbulent relationship with her rank and file staff, Castor maintains that O'Connor was well-liked, and actually "improved morale."

In a Tuesday morning interview with WFLA reporter Castor Mahsa Saeidi, Castor defended her controversial appointment of O'Connor, stating that she was well-liked during her nine months as police chief.
click to enlarge


"She's improved morale at the City of Tampa, reduced gun violence, taking an additional 250 guns off the street this year as compared to last year," said Castor.

Pressing on that point, Saedi responded, "You think she improved the morale of the police department under her tenure here?"

"Yes," said Castor. "The officer's self-initiated activity at the department has increased, and as I stated the violent gun crime has reduced, more guns off the street, put in place officer wellness initiatives, so she has implemented a number of changes."

The memes are by no way a comprehensive view of the climate at TPD, but they do show a glimpse into the troubles O'Connor has had during her reign.

O’Connor was confirmed as chief last March in a 4-2 vote by City Council, with the two no votes coming from councilmen Bill Carlson and former Tampa police officer Orlando Gudes.

'The Daily Show' roasts Tampa police chief's resignation over golf cart traffic stop: "'Oh, it's not recording, quick Doug, whack him over the head—let's get out of here!'"

At the time, her confirmation was controversial, and heavily criticized because of the lack of transparency from the mayor in the selection process, plus concerns over a 1995 incident where O’Connor assaulted a Hillsborough County Sheriff’s deputy during a DUI stop.

In her resignation letter, O'Connor listed off some of her accomplishments, like taking over the community forums started by Delgado,  the introduction of a therapy dog, and touted her own efforts to focus on the wellness of officers through the chaplaincy program.

"I would never want my personal mistake to stand in the way of the progress I have made in mending relationships between the police department and the community, so for that reason, I am resigning," O'Connor added. "I plan to use this time to reflect and spend time with my family and children before moving on to any future endeavors."