Robert DuBoise was incarcerated at 18, when Tampa police orchestrated his conviction. 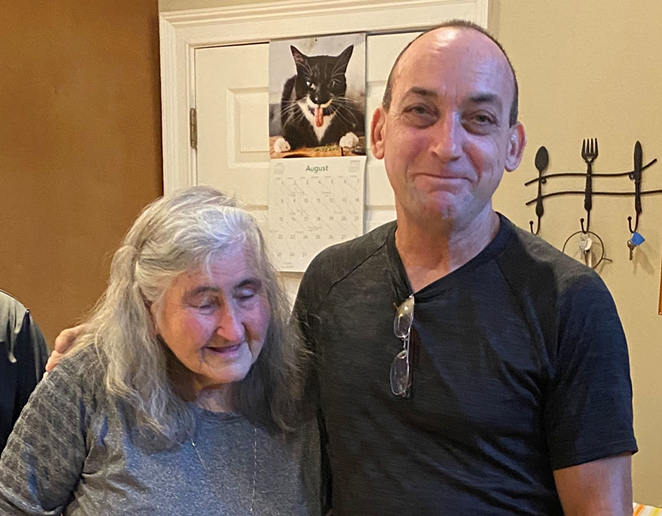 A man who spent 37 years in prison after the Tampa Police Department falsified evidence against him is now suing four TPD officers and an “expert witness” for damages.

DuBoise was just 18 when he was arrested in 1983 and four TPD officers allegedly conspired to falsify evidence against him in order to wrongfully convict him of murder and rape.

From the day of his arrest until his release last year, Robert DuBoise consistently maintained his innocence. “The only physical evidence against him was faked "bite mark" evidence that allegedly pointed to DuBoise as the culprit. The scientific validity of bite marks as evidence has been thoroughly discredited in recent years, and in DuBoise's case, the bite marks on the victim turned out to not even be produced by a human,” says a press release sent out Monday.

According to the statement, DuBoise and a team of lawyers from the Human Rights Defense Center and Loevy and Loevy Attorneys at Law are suing the TPD officers and a witness from the trial.

DuBoise never gave up on gaining his freedom and reputation back. He filed his own legal motions and sent letters to advocates and attorneys around the country, asking them to take up his case. In 2018, The Innocence Project and its attorneys did just that.

In 2020, critical DNA evidence that was believed to have been lost was uncovered. DNA testing conclusively proved Mr. DuBoise’s innocence and identified the real killer(s)—people with no connection to DuBoise. As a result, he was released from Hardee Correctional Institution in Bowling Green, Florida on Aug. 27, 2020, a day after prosecutors dropped their case against him.

At DuBoise's trial in 1984, the sum total of evidence against him was the “bite mark” identification and police informant testimony—which the press release from DuBoise’s lawyers says was fabricated by the state.

Knowing that the physical evidence was poor at best, the officers—now defendants themselves—allegedly then conspired to get two informants, including one suspect facing a long-term sentence for unrelated crimes, to lie. One of them falsely claimed that DuBoise confessed the murder to him, but his story changed significantly in various recountings. The press releases says these witnesses allegedly failed a polygraph test, but the polygraph result and other exculpatory evidence were suppressed by the TPD officers.

DuBoise is also suing dentist and self-proclaimed bite mark evidence expert Richard R. Souviron. He claimed that a gap in the teeth marks on the deceased matched DuBoise's teeth, even though a contemporaneous police photo showed no such gap in DuBoise's teeth. Even after dental records revealed this clear inconsistency, Souviron testified under oath to this phony match.

According to court records shared in the press release, before DuBoise's trial, Souviron had already showed a pro-prosecution bias at an International Association of Chiefs of Police conference, saying, "If you [police] tell me that is the guy that did it, I will go into Court and say that is the guy that did it," and "If the detectives say he did it, I am going to go in there and say he did it."

On March 7, 1985 a jury found DuBoise guilty and unanimously recommended life in prison, but a notoriously harsh judge, "Hangin' Harry" Lee Coe sentenced him to death in the electric chair. While he avoided execution, DuBoise was falsely branded a rapist and murderer. During his decades of maximum security imprisonment—including three years on death row—he witnessed stabbings and killings of other inmates, and was himself the victim of violence, including an attempted murder.

The second youngest of five siblings, at the time of his 1983 arrest, DuBoise had dropped out of Tampa's Plant High School to support his parents by working in an auto upholstery shop with the hope that he could eventually return to school and earn his diploma. During his long incarceration he lost his father and many aunts, uncles, nieces, and cousins. Today he works as a home renovator and repairer.