“It’s the most change that’s we’ve had in this park in the last 30 years easily."

Photo via Chelsea Zukowski
When Adventure Island reopens in March, it’ll have two new rides and some of the biggest upgrades in the Tampa water park’s history.

“It’s the most change that’s we’ve had in this park in the last 30 years easily,” Adventure Island Vice President Brandon Thom said. “All happening at once. We have a lot of work to do, but we’ll be ready by the springtime.”

The major draws when the park reopens will likely be the reimagined Wahoo Remix and the brand-new Rapids Racer—both raft rides with starting points in the same hilltop tower behind the Hang Ten Tiki Bar. 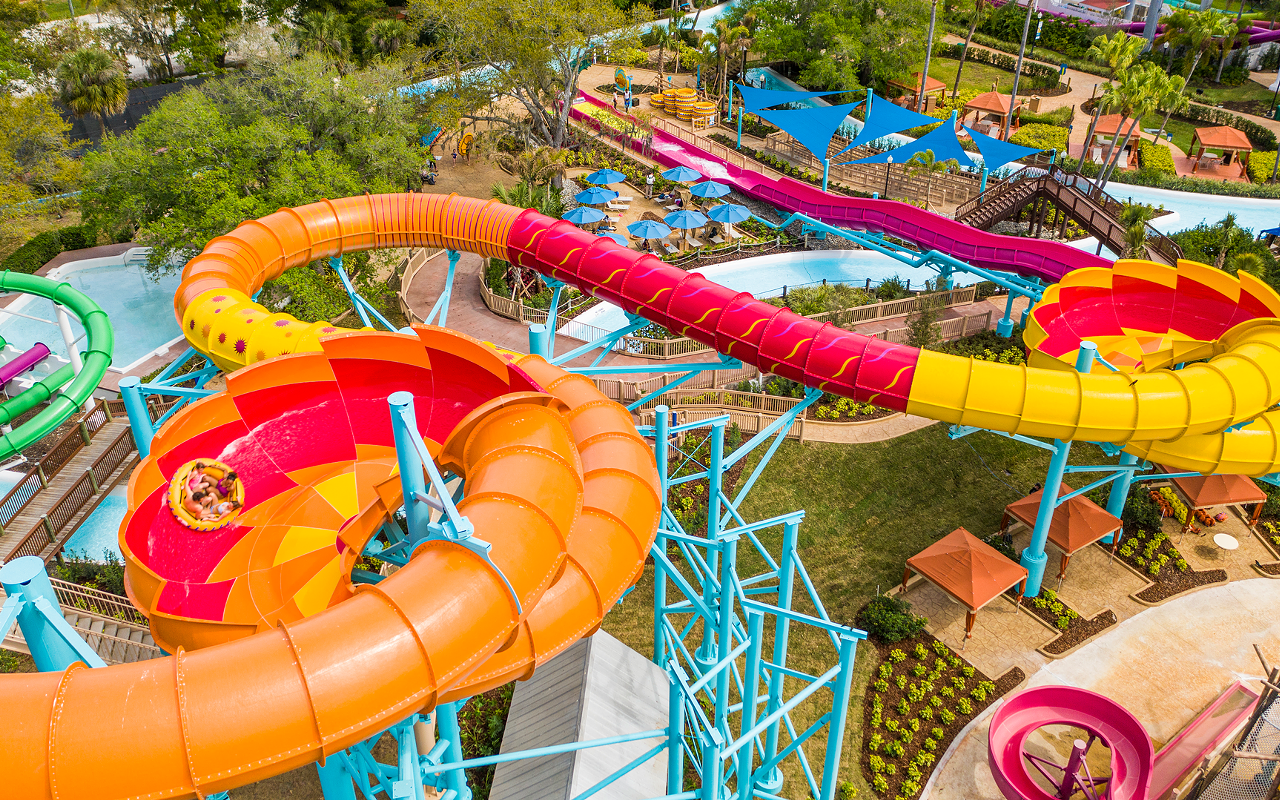 Adventure Island will allow guests to preview new Hang Ten Tiki Bar tomorrow: As of now, the new watering hole has no exact opening date, but plans on a September debut.

Rapids Racer replaces the Runaway Rapids, which hadn’t operated since before the 2020 season. Adventure Island bills Rapids Racer as a speedy, two-person raft ride that propels riders through nearly 600 feet of slide.

During a recent media tour of the construction site, Design & Engineering Project Manager Andrew Schaffer said the ride has “the world’s first dueling saucer element” and “six different dueling elements so that you can your family can have fun racing each other.”

“It’s going to be very fun, lots of twists, lots of turns, lots of dueling, speed, excitement, water splashing all the way down to the end of the ride,” Schaffer said.

After racing each other on Rapids Racer, riders can trudge back up the tower to hop on Wahoo Remix, a revamp of the popular Wahoo Run. The ride’s former dark, enclosed tunnels now sport new colors lit up with multi-colored lights that dance to the music pumping through the slide—about a dozen different songs of all genres, Schaffer said.

Wahoo Remix is also getting all-new four-person rafts to max its new color scheme. Thom said Wahoo Remix is the park’s most inclusive ride with the shortest height requirement.

“If you can walk and hold yourself upright—that could be as young as two, three years old—you can ride it,” Thom said. “So that’s going to be huge for families.”

During the tour, Thom showed off two other big changes under construction at Adventure Island that are expected to be ready in time for the park’s first spring guests. The entrance area is getting a much-needed facelift with two new, larger signs, café string lights across the walkway, palm trees and other greenery and some more modern tropical décor.

“For people that walk into the park, it really previews what they’re about to see inside; you know, giving a nod to the quality that’s inside the gates—the rides and experiences,” Thom said. Adventure Island is also getting a seating upgrade to its main beach lounge area. When it’s complete the park’s “Beach” will have a little less sand and a lot more loungers and shade provided by new foliage and what Thom calls “fun-brellas.”

“I think that’s going to be spot number one when that gets finished,” he said.

Adventure Island and its sister theme park Busch Gardens are simultaneously bouncing back with new rides and attractions two years after the pandemic upended the theme park industry.

Days before essentially the world shut down because of COVID-19, Adventure Island was able to open the Solar Vortex water slide. Then last summer, the park’s full-service Hang Ten Tiki Bar opened with a menu packed with tropical classics, local beers and snacks like the Tiki Man soft pretzel. 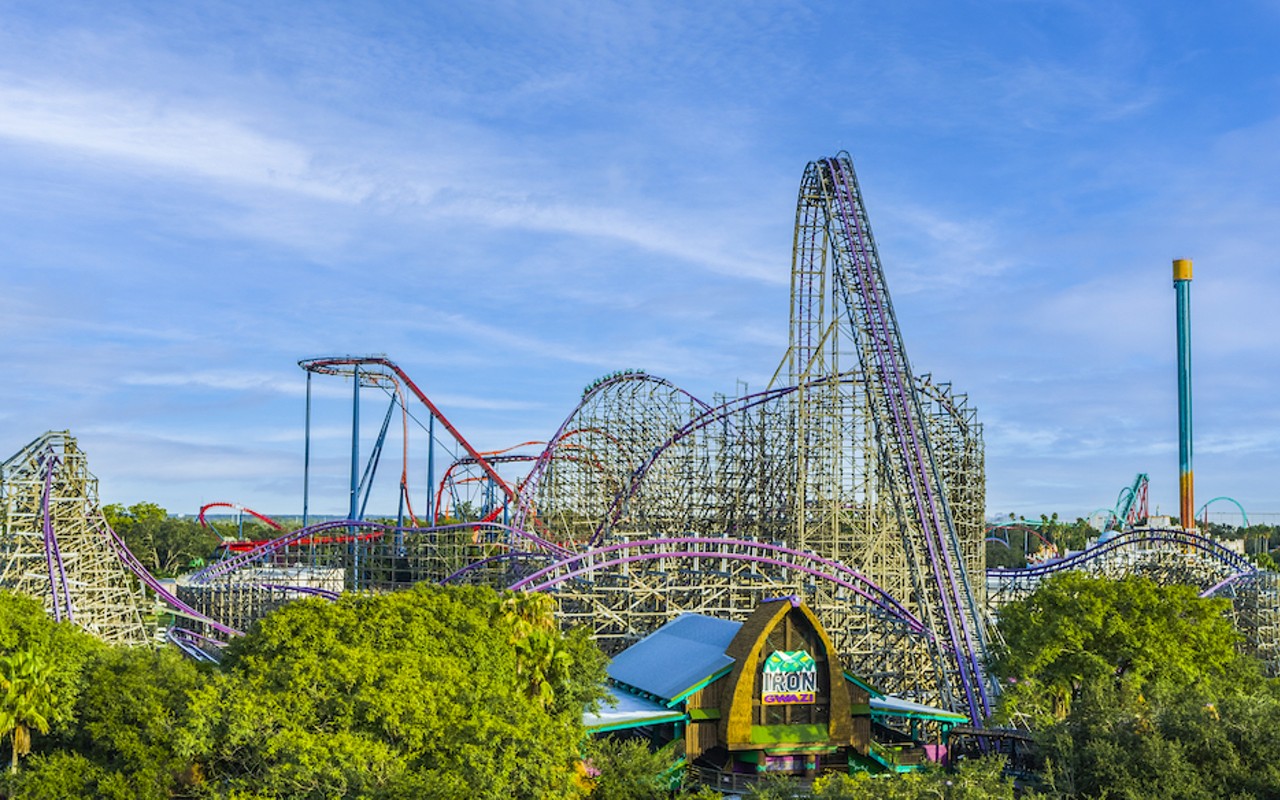 And in spring of 2022, Adventure Island will boast two new rides while Busch Gardens finally opens the epic Iron Gwazi hybrid coaster, which is set to debut on March 11.

Adventure Island reopens on March 5 and is expected to remain open year-round thanks to the addition of pool heaters. Tickets, passes and more information can be found at adventureisland.com.