After minimum wage increase, Florida Republicans are now trying to make it harder to pass amendments

Opponents have contended that amending the Constitution is the only way to pass issues that the Legislature will not take up. 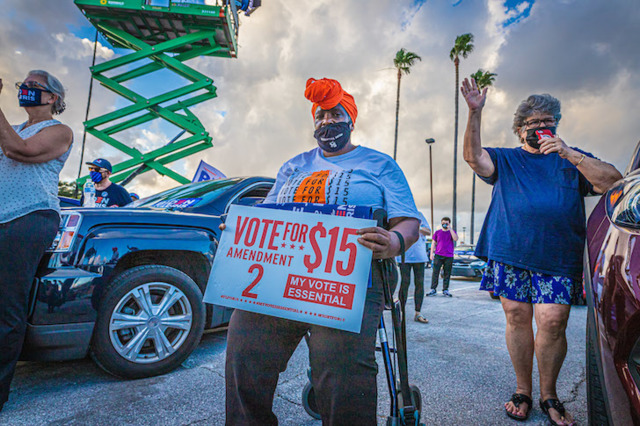 An effort to make it harder to change the Florida Constitution is back in the Legislature.

Sen. Ana Maria Rodriguez, R-Doral, on Thursday filed a proposal (SJR 1238) that would ask voters in 2022 to require future constitutional amendments to receive support from two-thirds of voters to pass.

Currently, constitutional amendments can pass with 60 percent of the vote.

An identical proposal (HJR 61) was filed last month in the House by Rep. Rick Roth, R-West Palm Beach. Similar proposals began moving in House and Senate committees in 2019 before stalling in both chambers.

The Republican-controlled Legislature in recent years has taken steps to make it harder to pass constitutional amendments, with backers pointing to what they consider a proliferation of ballot proposals.

Opponents, however, have contended that amending the Constitution is the only way to pass issues that the Legislature will not take up.

In 2018, 11 of 12 ballot measures were approved by voters, but only four --- measures to end greyhound racing, prohibit oil drilling and workplace vaping, strengthen lobbying restrictions and make it harder to expand gambling --- would have passed with the two-thirds requirement.

Last year, voters approved four of six proposed amendments. Three of the four proposals would have passed with a two-thirds requirement, with the only exception a measure that will raise the minimum wage.