A 3-2 vote favored postponing a decision on the land use change. 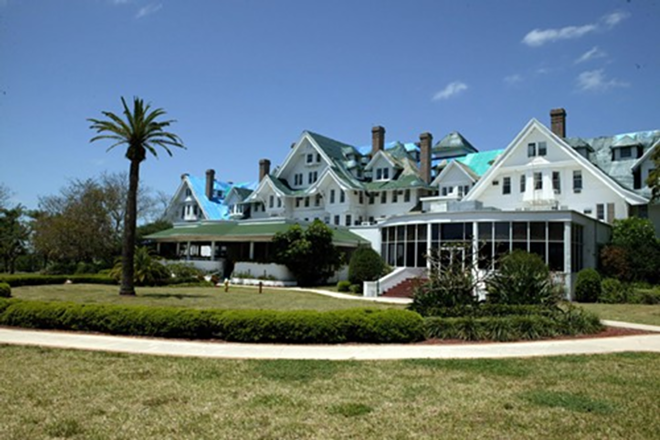 Hard to believe so many people packed into Belleair’s Town Hall for a meeting about a zoning change. Surely there was something else going on. ... And there was.

As Town Manager Micah Maxwell repeatedly pointed out after every speaker left the podium, these public comments are supposed to address the proposed zoning change, not the future of the Belleview Biltmore Hotel. In the end, though, the White Queen of the Gulf got herself a six-month pardon, as a 3-2 vote favored postponing a decision on the land use change.

On the Jan. 21 Commission Meeting Agenda, an item requiring the officials to vote on the change to allow greater height and density to certain designated areas brought out more than a hundred Belleair residents and others with an interest in historic preservation. Beneath the veil of municipal ordinance jargon, what the crowd rightly implied from that rezoning proposal could be a potential death knell for the venerable Belleview Biltmore, left to molder in the elements by its current owners, the South Florida-based Ades brothers.

Over 100 years old, the massive wooden structure was shuttered in 2009, supposedly to undergo restorations for a few years. Then with the economic crash, the excuses for not following through just kept on coming. After repeated episodes of hope followed by disappointment that a dashing new buyer would charge up on a white steed and save the Queen, it has come to this: a rezoning proposal that would allow a new owner the option of razing the landmark historic hotel and replacing it with high density multi-family housing.

A steady stream of mostly good arguments for both preserving the hotel and moving on with something else in its place took about two hours to reach the end of the line. The majority of speakers seemed in favor of holding out for a preservation-minded buyer with deep pockets and cited important points such as the fact that the elected officials were going against the town’s own historic preservation code that protects the Belleview Biltmore site from development.

Anne Peery, Executive Director of the Florida Trust for Historic Preservation, during her comments in support of preserving the hotel, reminded the commission that “heritage tourism is the strongest economic driver in the state of Florida right now.”

Residents representing the RPD (Residential Planned Development) area surrounding the hotel site favored the zoning change because in its current condition, the hotel is an eyesore that has been dragging down their property values for far too long.

While St. Petersburg-based developer Mike Cheezem's JMC Communities has an offer on the table to buy and redevelop the property, other reports say that there is still at least one investment group in the wings that would choose to restore the hotel.

And so it goes, the White Queen of the Gulf remains in limbo still, those heart pine timbers holding her together until the fates — in the guise of investors with big bankrolls — decide what the future will hold once and for all.

Or, overheard as a couple of guys conversed between themselves in the town hall corridor during the meeting, “They need to sh*t or get off the pot, you know what I mean?”