What to Watch For 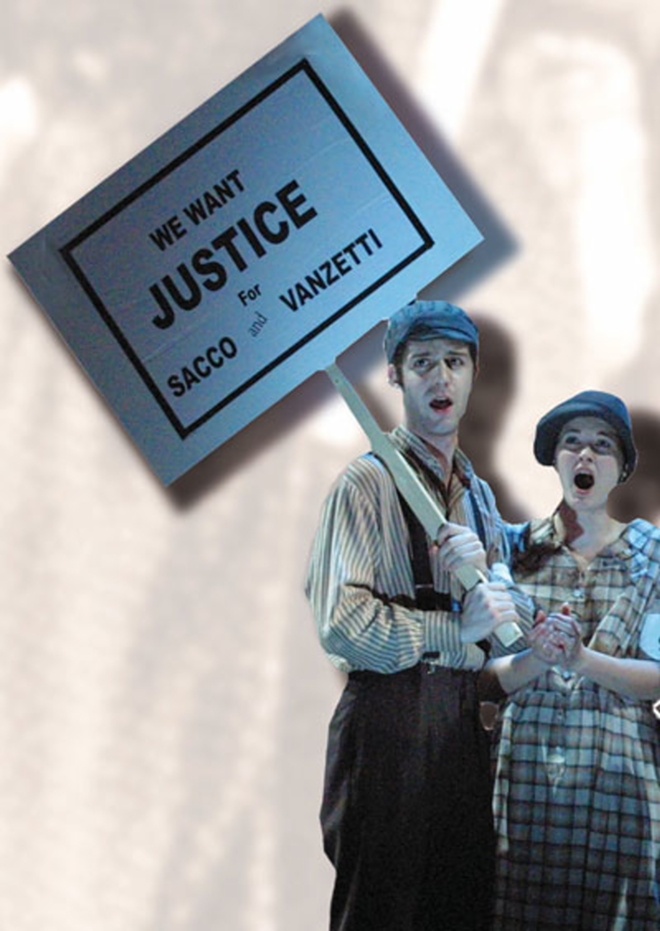 Bruckner's Symphony No. 8. Fans of the darkly affecting composer Anton Bruckner are just that — fanatics. They have a reason to be. The Florida Orchestra trots out the 8th to fuel their passion for another year. And if the 25-minute Adagio Third Movement doesn't wring some emotion and leave you ethereally enlightened, you're an android. Feb. 9, Tampa Bay Performing Arts Center, Tampa; Feb. 10, Mahaffey Theater, St. Petersburg; Feb. 11, Ruth Eckerd Hall, Clearwater.

Sacco and Vanzetti. Anton Coppola premiered his dramatic opera right here in Tampa five years ago, and here's a chance for those who missed it the first time to catch it in this Opera Tampa semi-staged concert version (all the music; fewer sets and less strutting). Coppola (brother of Francis Ford) conducts. Feb. 17, Tampa Bay Performing Arts Center, Tampa.

Lord of the Rings Symphony. For the classical-averse, or as an introduction to the orchestra for children, this symphony woven from the film scores by Howard Shore is completely accessible and fun. The Florida Orchestra, in full hobbitessence, performs. Feb. 21-22, Mahaffey Theater, St. Petersburg.

Made in the U.S.A. An all-American (and All-America, for that matter) set of composers for the Tampa Bay Symphony's second concert of the season, with Gerswhin's pop bauble An American in Paris and Copland's A Lincoln Portrait (with a too-predictable choice of newsreader John Wilson as the narrator), easy enough on the ears, if not groundbreaking stuff. The treat is Symphony No. 2 (Romantic) by Howard Hanson, whose quintessentially American, sweeping narratives deserve greater recognition. Feb. 23, Mahaffey Theater, St. Petersburg; Feb. 25, Tampa Bay Performing Arts Center, Tampa; Feb. 26, Ruth Eckerd Hall, Clearwater.

Itzhak Perlman. He's among a handful of classical musicians whose name and face is recognizable to commoners. He's not resting on his fame laurels, though. Perlman, at 61, remains one of the most highly regarded violinists in the world. He's also been lauded for his warmth and charm on stage — he presents a kind of humility not usually found in classical virtuosos. March 11, Van Wezel Performing Arts Hall, Sarasota. —Eric Snider

Rigoletto. According to Opera America, Rigoletto is the ninth-most performed opera in North America. It's easy to see why: Giuseppe Verdi's classic work tells the story of a royal jester who discovers that the Duke has bedded his lovely daughter. Revenge, a contract killer and plot twists ensue. The music is regarded as a great vehicle for singers to strut their stuff. The opera will be performed by Teatro Lirico D'Europa. March 24, Ruth Eckerd Hall, Clearwater. —ES

National Philharmonic of Russia. This ensemble is not part of the staid Old Guard as its name might suggest. The NPoR was formed in 2003 with generous support from the government and quickly carved a niche as one of the more adventurous orchestras in Europe. The music director is Vladimir Sivakov, and this evening's featured soloist will be Olga Kern, a Russian pianist who won the 2001 Van Cliburn International Piano Competition. And, judging by her photos, she's kinda hot. April 10, Ruth Eckerd Hall, Clearwater. —ES

Debusssy's La Mer. The Frenchman's Symbolist classic is reason enough to get out to this concert. Combine it with the world premiere of Benjamin Lees' Piano Concerto No. 3 and one of the last appearances on the podium by departing Associate Conductor Susan Haig, and the program becomes a must-see. April 13, Tampa Bay Performing Arts Center, Tampa; April 14, Mahaffey Theater, St. Petersburg; April 15, Ruth Eckerd Hall, Clearwater.

Mix it up: Spring arts

What to watch for