For CL's 30th anniversary, instead of taking a look at our own history, we decided to highlight some of the major positive changes that have happened in Tampa Bay over the last three decades. Here are some of the pivotal events of our first 10 (well, 11, really) years.

He started helping out at the station in 1986, but handing Michael Bagley a show in 1989 was one of the best gifts the community radio station could give Bay area listeners looking for new, fresh and out-of-the-box sounds. Bagley took on the alternative music director role in ‘91 after Theresa Frederick moved on, and he’s been a guardian of way-left-of-the-dial sounds ever since. —Ray Roa 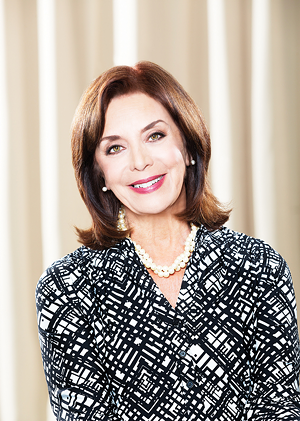 Judy Lisi takes the helm at the Straz Center

True story: One of the reasons Judy Lisi agreed to start Opera Tampa was because the powers that be promised her she could bring Anton Coppola along, too. That’s one of many, many fine decisions she’s made at the helm. The Straz (nee Tampa Bay Performing Arts Center) has opera, a resident theater company and a whole host of events that have helped turn downtown Tampa from ghost town to most-town. Don’t believe us? Stop by any Friday night and check out what’s on deck, from free concerts along the Riverwalk to, hey, the Riverwalk itself. There’s also the addition of Maestro’s, a Straz restaurant added in response to the outcry of “there’s nowhere to eat before a show!” — an outcry that’s been softer and softer since the town has flourished in line with the Straz. —Cathy Salustri

In 1986, Tampa Bay food scene pioneers Maryann Ferenc and chef Marty Blitz started Mise en Place as a small catering business with a storefront on Platt Street. But it didn’t take long for the biz to become a full-service New American restaurant and a major catering and event company, which is what happened in 1992 when the former spouses relocated Mise to its present location in Grand Central Place near downtown Tampa. The move allowed the restaurant to expand into the sophisticated landmark it is today, for an impressive wine list as much as the influential food — and continues to allow Blitz to raise the culinary bar. What’s more, Ferenc and the restaurant are responsible for several philanthropic efforts in the community, and Mise has served as an incubator of sorts for a number of local chefs who cut their teeth working for Blitz early on in their careers. Back in 2011, Ferenc pinpointed the keys to Mise’s success: “Wine is such a huge piece of our lives; other than food it’s what really keeps you going,” she told CL. “And people. It’s wine, food and people.” —Meaghan Habuda

For its extraordinary wine program in 1992, Bern’s Steak House took home a James Beard Award, an honor no other local restaurant was able to achieve for decades — until Bern’s did it again 24 years later. But another big moment went down in 1993, when founder Bern Laxer’s son, David, took over the tradition of running the place. This ushered in a new chapter for the iconic SoHo steakhouse, whose adjacent sibling restaurant, SideBern’s, opened in 1996 (then morphed into Haven in 2015), followed by the Epicurean Hotel, a complement to Bern’s that launched across the street in 2013. —MH

Skatepark of Tampa opens to the public

With some supportive parents and dedicated friends, Brian Schaeffer turned a warehouse in a sketchy section of East Tampa into a skaters’ playground, and opened the doors on the second day of the year. SPoT has since been featured on basically every cable channel that carries even vaguely extreme sports-related coverage and in two of the video games in the Tony Hawk franchise, and become a destination for athletes worldwide for two of the biggest competitions in skateboarding, Tampa Am and Tampa Pro. Skatepark of Tampa is a household name, if your house ever had a ramp in the yard, and it changed the perception of the city of Tampa for untold thousands who may otherwise never would’ve conceived of the town as cool. —Scott Harrell

Competition is healthy, and having a few great newspapers is better than having one so-so one. Watermark entered the scene shortly after making its presence felt in O-town and, over the years, has proved itself as a primo source for Tampa Bay’s LGBT news. They’re the voice of the LGBT community in both places, and while we’d love to say we have all the readers, we’re kinda glad they’re around to make sure other newspapers don’t forget the need to cover LGBT events with not only an eye towards activism and advocacy, but as normal. Unlike us, they print every other week, but, like us, they have a strong online presence. In the days of shrinking newsrooms, the two offices still have 12 paid staff and a team of freelancers. Sure, some of those staff are salespeople, but without sales, you’re really just a blog, now, aren’t you? —CS

It was never really a brewery, but it came to be so much more than a former gas station with killer pizza and an insane selection of beers. The New World was a home away from home for drinkers, music fans and hangers-out who would rather see some friends and a great original band (often, these were one and the same) than deal with the bustling clubby nightlife of nearby 7th Avenue. It was a true alternative to what passed for Ybor’s norm, holding its own just a bit off the beaten path, and there will never be anything like it there again. It’s not an overreach to say the New World went a long way toward defining Tampa’s indie scene for the two-decades-plus it stood at 1313 E. 8th Ave., and with a new location in the works just a few miles north, its influence will no doubt continue to be felt for years to come. —SH

What isn’t newsworthy about Nadine Smith’s life? She co-founded Equality Florida, she was one of the co-chairs of the historic 1993 March on Washington, she… well, she’s the person who’s worked her butt off to make sure equality gets equal time. Perhaps the biggest deal about Smith — aside from her daily walking the walk — is that she took part in the first meeting between a seated president (Bill Clinton) and gay leading gay rights activists. We’d call her larger than life if her life wasn’t so much like yours and mine, and that, too, has been part of what’s made her a giant in the equal rights front — she’s a mom, wife and, most of all, a human — which shows the world shades of gray some people might not see when they only look at the black and white issues surrounding LGBT rights. She’s a big deal in the nation, and we’re proud to call her one of our locals. —CS

Offering hope to baseball fans everywhere — and anyone else in the Bay area continuously heartbroken by the inability of the Tampa Bay Buccaneers’ ability to get the ball to the other end of the field — Tampa Bay gets its a baseball team all its own, the Devil Rays. That same year, Wade Boggs hits the Devil Rays’ first home run. There’s no shortage of affronts to the African-American community in the area when it comes to building the Trop, but technically, St. Pete screwed over the community long before we had MLB in St. Pete. We still heart the team. Yeah, sure, they’re being crybabies about moving to Tampa, but for the time being, heading to DTSP to see a game in air-conditioned comfort, then taking a break to pet the stringrays, is how we do an American tradition in St. Pete. It also doesn’t hurt that you can get a steaming cup of locally roasted Kahwa Coffee or a heaping plate of Moon Under Water’s burn-your-flippin’-tongue-off curry while you’re waiting for the Rays to dominate, either. And if that doesn’t do it for ya, remember, there’s always an $8 beer or ice cream in a plastic helmet, best enjoyed in the cheap seats with a friend. —CS

After years of Pasco County getting all red-faced and shouty at Pinellas for using its own wellfields (upon which the county paid taxes to Pasco, even though they sorta didn’t have to) and Pinellas getting all red-faced and shouty back because water officials suspect Pasco’s population explosion was also part of the problem, the West Coast Regional Water Supply Authority becomes Tampa Bay Water, a much shorter acronym and an agreement that’s pretty much worked (if we can ignore the whole desalination debacle and the way the state keeps permitting more growth without infrastructure in place to support it). Sung hero: Two-term Pinellas County Commissioner Steve Seibert, who was huge in brokering the deal and is pretty proud of it to this day (it’s on his vita). Unsung hero: Pick Talley, then-director of Pinellas County Utilities who, in his own Southern way, quietly advocated for slowing down development and oversaw a utility that, through proactive education, had customers whose per-day consumption of potable water was among the lowest in the country. He gets blamed in a vicious book by an ex-SWFWMD staffer, but in reality, the only way Talley could have lowered per-capita consumption was if he’d mandated everyone shower with a buddy. —CS