Florida Gov. Ron DeSantis says sports stadiums are 'not a prudent use' of tax dollars

He also added that it is “inappropriate” for private corporations to “subsidize political activism.”

DeSantis, who made the veto Thursday as he signed a $109.9 billion budget for the upcoming fiscal year, said cutting the stadium funding “was just a decision that was going to be made.” In all, DeSantis issued more than $3.1 billion in vetoes.

The Rays-related proposal was listed in the budget as “Sports Training and Youth Tournament Complex” in Pasco County, without mentioning the baseball team. But the money was expected to help cover a new spring-training facility for the Rays.

DeSantis didn’t explain the veto in a letter to the secretary of state outlining his cuts, and several conservative commentators attributed the rejection to recent Rays’ social-media posts about gun violence after mass shootings in Buffalo, N.Y., and Uvalde, Texas.

During an appearance Friday in Orlando, DeSantis said “we were not in a situation where use of tax dollars for a professional stadium would have been a prudent use,” while adding it is “inappropriate” for private corporations to “subsidize political activism.”

DeSantis has warned business leaders against engaging in “woke” ideology and drew national headlines for pushing through legislation that dissolved a special taxing district that benefits Walt Disney Co. That move came after Disney opposed a controversial new law that restricts education about gender identity and sexual orientation in public schools — a measure that critics dubbed the “don’t say gay” bill. 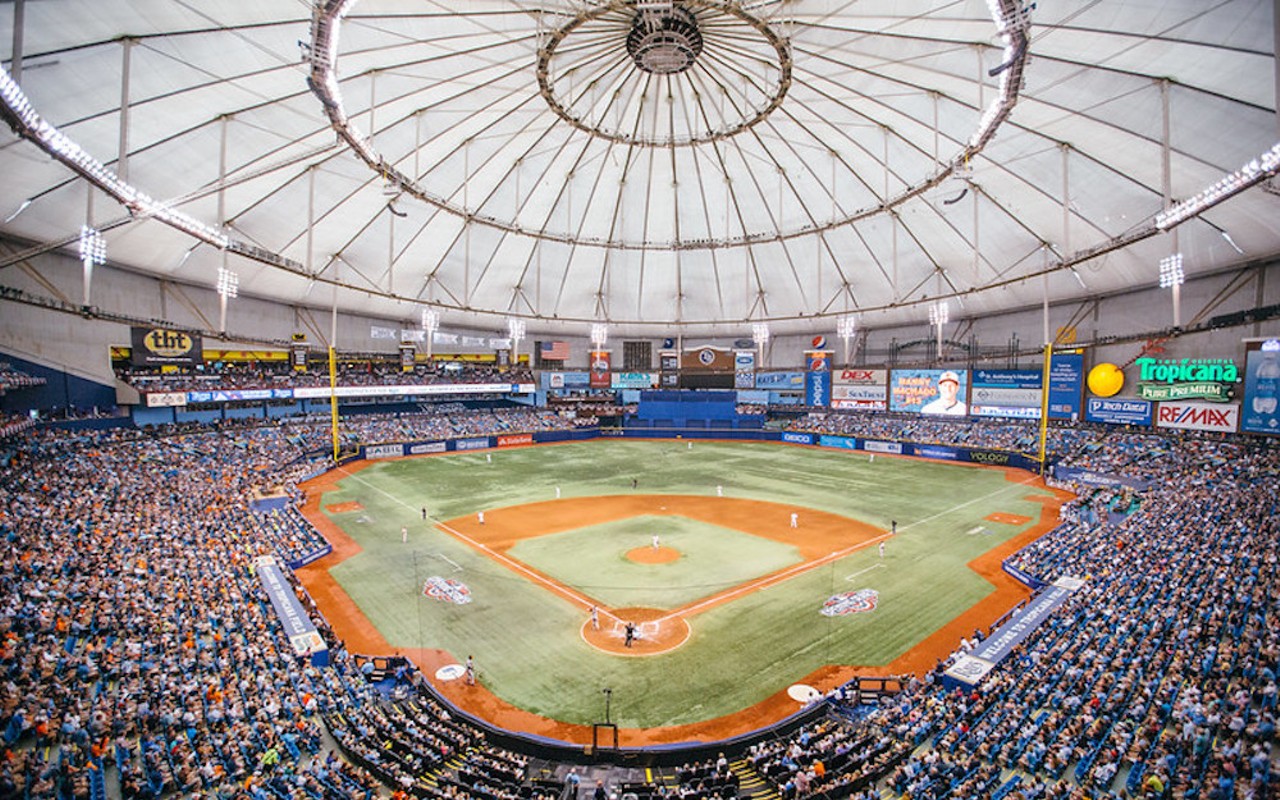 Also this year, DeSantis signed a measure dubbed the “Stop Wrongs Against Our Kids and Employees Act” or Stop WOKE Act, which restricts the way race-related issues can be addressed in public schools and workplace training.

DeSantis also said Friday part of his approach to vetoes included a goal of keeping the record budget under $110 billion, while in some cases trying to balance the needs of fiscally constrained areas against similar desires from wealthier communities.

“There's a lot of different factors,” DeSantis said. “But just because something was vetoed does not necessarily mean it didn't have any merit. We were just not going to go above a certain amount.”

As he signed the budget and issued vetoes during a ceremony Thursday in The Villages, DeSantis pointed to a need to further brace the state’s reserves against a potential recession. Some of the largest vetoes included $650 million for a new 4,500-bed prison; $195 million for construction of a prison hospital; $75 million for the University of South Florida to build an Environmental and Oceanographic Sciences Research and Teaching Facility; $50 million for construction of a courthouse for the new 6th District Court of Appeal; and a $1 billion pot of money to serve as a hedge against increased government costs driven by inflation.

The conservative group Americans for Prosperity-Florida applauded DeSantis for the veto of the stadium project in Pasco County, which is home to Senate President Wilton Simpson, R-Trilby.

“Siphoning public dollars into a construction project for a professional baseball team is fiscally irresponsible and amounts to clear corporate welfare,” Skylar Zander, the organization’s state director, said in a statement.