The Senator also said the war isn’t “going well” and that Putin “knows the truth about it.” 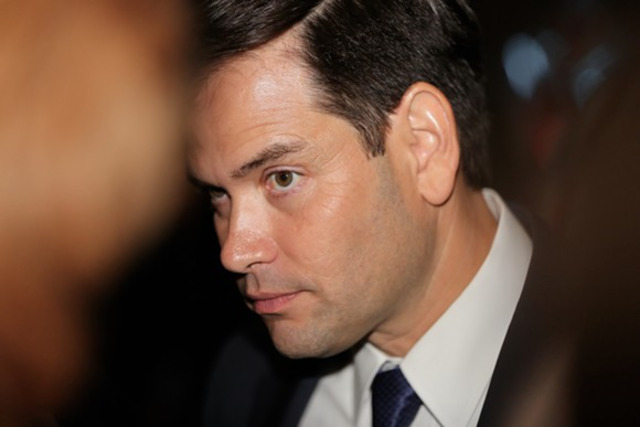 PHOTO BY JOEY ROULETTE
Sen. Marco Rubio on Wednesday said Russian leader Vladimir Putin likely would be removed from office were he an American President, given how the Ukraine invasion has gone.

“It’s just gone poorly. I mean, if he were an American President right now, he’d be impeached,” Rubio said. “At least they’d be invoking all kinds of constitutional provisions to get rid of him.”

The Senator also said Putin’s “risk calculus is different” than it might have been in the past, but that he’s not necessarily “insane.”

“I don’t think he’s, like, the way we would describe as insane in the normal sense. I think this is a guy who feels he’s got everything to gain at this point. Losing a war would oust him from power, which is something he can never allow to happen,” Rubio said.

Rubio did not offer specific insights about Putin’s health — such as things Rubio may be privy to in briefings — which was the initial question posed to him by Fox & Friends interviewers. Many have speculated whether Putin is sick.

“I haven’t been told anything I can share with you other than some pretty obvious observations. I mean, the guy’s older, right?”

Rubio suggested part of the reason for Putin looking ill may be Russian underperformance in the Ukraine invasion.

The Senator also said the war isn’t “going well” and that Putin “knows the truth about it.”

Rubio’s estimation of Putin’s mental acuity has declined since the Ukraine invasion. In 2021, the Senator fretted that Putin worked to “muscle” President Joe Biden at a bilateral summit between the two leaders.