The candidates spoke to the Tampa Tiger Bay Club in Ybor City. 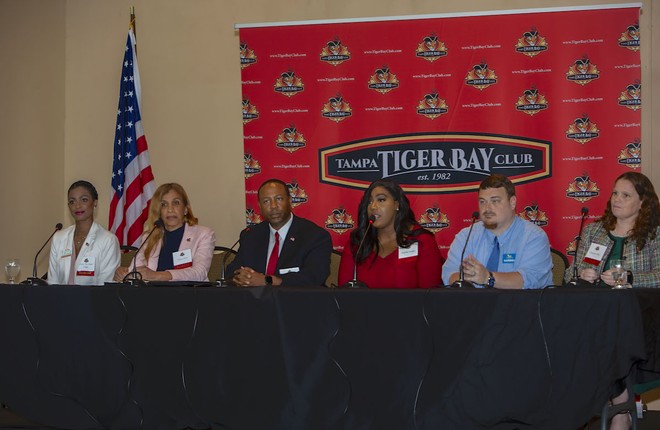 Today at Tampa's Tiger Bay Club political forum, a candidate for Hillsborough County School Board said a recent Florida book ban was justified, and defended the state's  attacks on "critical race theory" (CRT), despite little evidence of it being taught in public schools.

Alysha "Aly Marie" Legge, candidate for county-wide District 6,  was one of six school board candidates to speak at the forum, but the only one who spouted inaccuracies about Governor Ron DeSantis' recent book bans and CRT.

Legge is involved in multiple right wing anti-vaccination groups and has taken a hard stance against CRT—a critical way of understanding how racism in America has shaped the country's history and public policy—from being taught in grade school. Across the country, right wing groups are propping up candidates who share their ideals to run for local offices such as school board, with the focus often being on CRT and vaccines. At the forum, Legge defended DeSantis banning of school books from the curriculum.

She cited a textbook that was not approved for curriculum because it supposedly referenced CRT in a math problem.

"Several books were denied to be approved for curriculum because it had certain aspects of CRT that were in a math problem," Legge told the forum. "They talked about doing polynomials and the way that they describe their problem was expressing those children or people that have filled out a survey denouncing their white privilege, and that should not be introduced in school at all."

But her statement is not true. 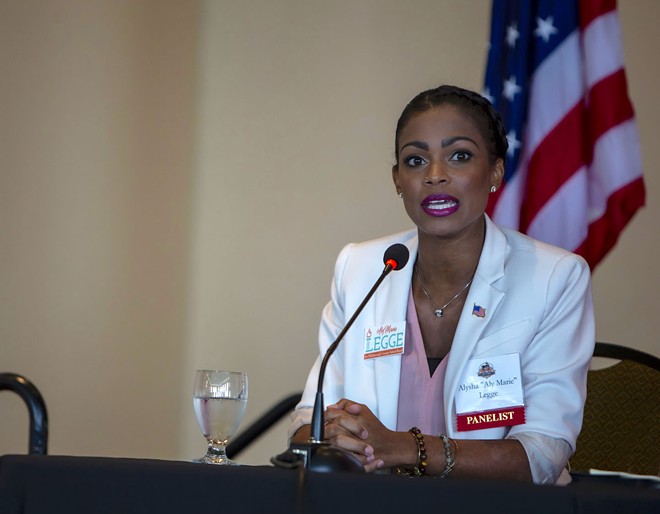 National and local media outlets reported on the banned textbooks (the administration initially banned 54 out of 132 books it reviewed) and the textbook question Legge referred to is actually quite different than what she claimed.

NBC News pointed out that the polynomial question Legge referred to actually points to an online version of an "Implicit Association Test" which tests for bias in one's way of thinking. Of the more than two million people who have taken the test, the average scores for racial bias fell between "slight" and "moderate" the textbook said. 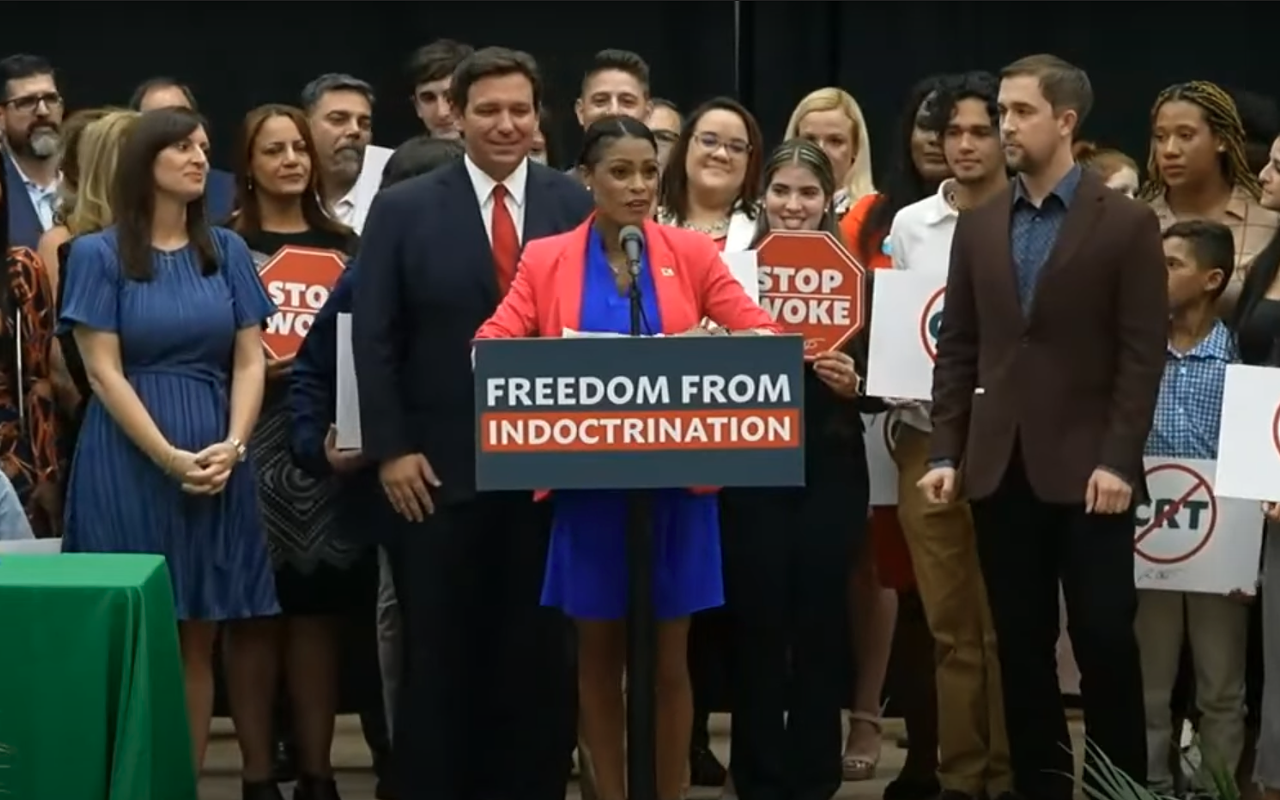 Hillsborough School Board candidates speaking at Tampa Tiger Bay include an anti-CRT, anti-vaxxer: Five of eight candidates agreed to speak to the nonpartisan political forum.

Nowhere in the math question does it tell the student to denounce their white privilege, as Legge claimed.

Her opponent, District 6 school board incumbent Karen Perez, politely corrected Legge, pointing out that CRT is not actually taught in public grade schools.

After DeSantis pushed to ban CRT in schools, reports surfaced which showed that the Board of Education already bans CRT from being taught in schools, making the hunt for CRT in school material seem to be a right wing boogeyman, at best. 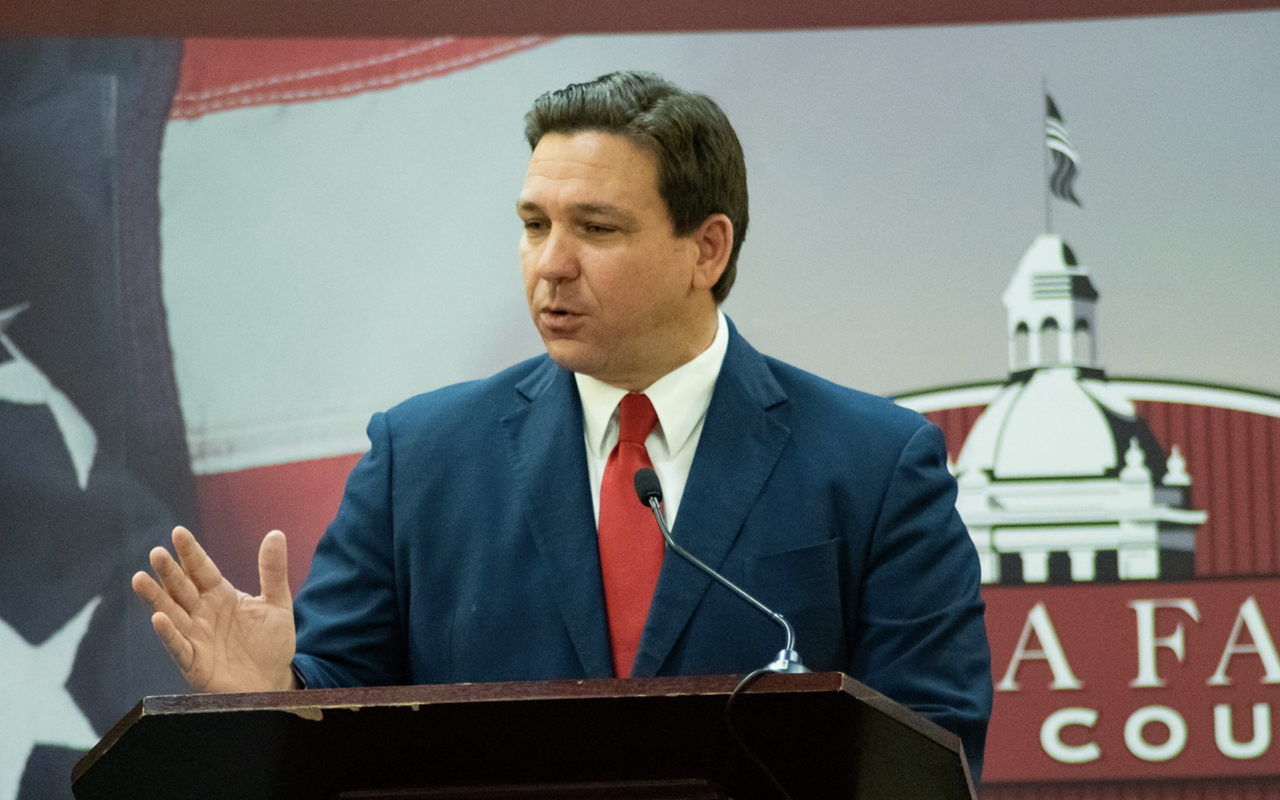 Few details have been released regarding Florida's decision to ban math textbooks: Textbooks for kindergarten through fifth-grade students were rejected at the highest rate.

Legge, who has spoken next to Governor DeSantis in support of banning CRT in Florida, also claimed that CRT is making children turn against each other in schools.

None of Legge's points were backed up by hard facts or data, but she appealed to people's patriotism, saying, "We need to make sure that we are also teaching about unity, and about being proud here in the United States of America." 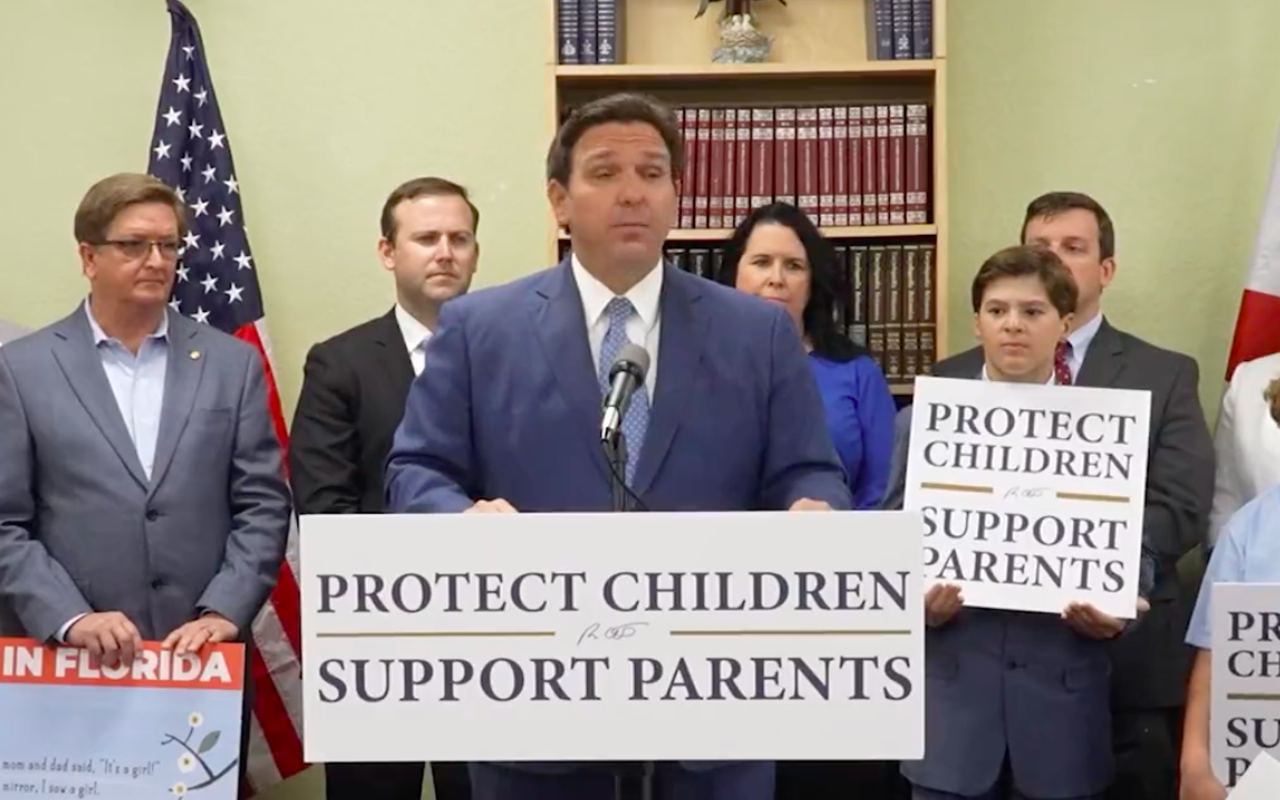 CRT and 'the horrors of communism' among topics in DeSantis' new school board survey: Another sign that the Governor intends to weaponize School Board races in the 2022 cycle.

Legge's other opponent for District 6, Roshaun Gendrett, said that one way to avoid complications with CRT in the classroom is to avoid teachers professing their personal opinion to students.

"Whatever side you're on on the issue, I don't think it's a teacher's responsibility to insert their views," he said.