He shared that after reports said that Florida tourism numbers are up in first half of the year. 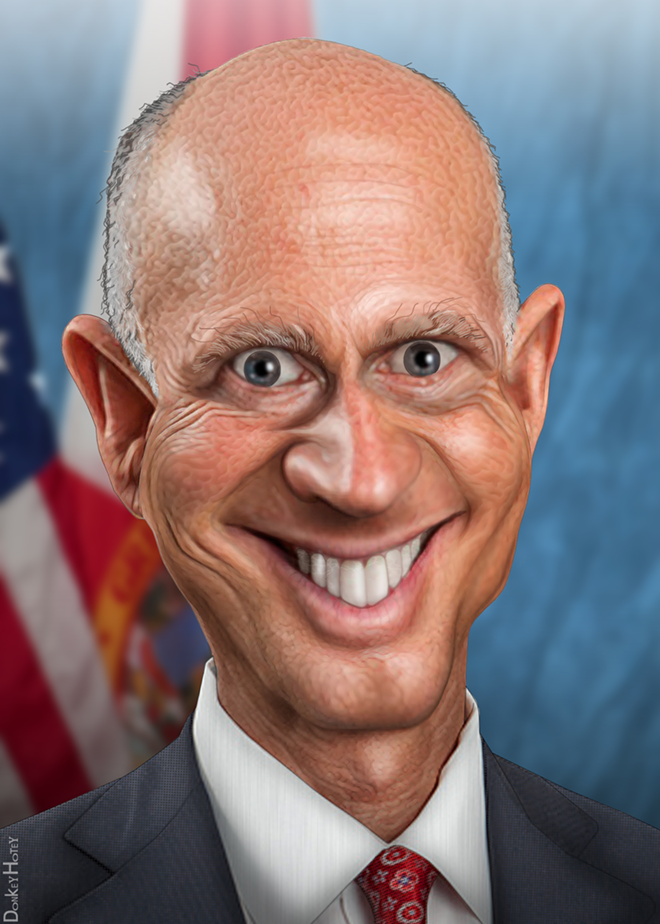 Donkey Hotey [Attribution 2.0 Generic (CC BY 2.0)]
The source image for this Caricature of Florida Governor Rick Scott is a photo in the public domain available via Wikipedia.

Rick Scott — you know, the guy whose former company Columbia/HCA once committed what the U.S. Justice Department called the largest government fraud settlement in U.S. history — has some good news about Florida tourism.

This week, Visit Florida estimated that tourism during the first six months of 2018 was up 5.9 percent from the same period in 2017. The tourism marketing agency's findings led Scott, who was campaigning for the U.S. Senate in Ocala yesterday, to say that “every 65 to 75 tourists is another Florida job."

The claim is reminiscent of a March 2011 claim where Scott said that Scott said for every 85 tourists, one job is created in the state (nonpartisan fact checking website Politifact Florida rated that 2011 claim "true," by the way).

So the fact that Florida's tourism numbers are up is great, but we still haven't forgotten that he's the same ignoramus-turned-governor who was forced to resign as the head of a company that pled guilty to massive amounts of systematic fraud, including 14 felonies, leading to a historic $1.7 billion fine (here's that fact check, Hannity fanboy).