'I can't walk away, it's not in my nature': An interview with Largo's suddenly famous transsexual city manager 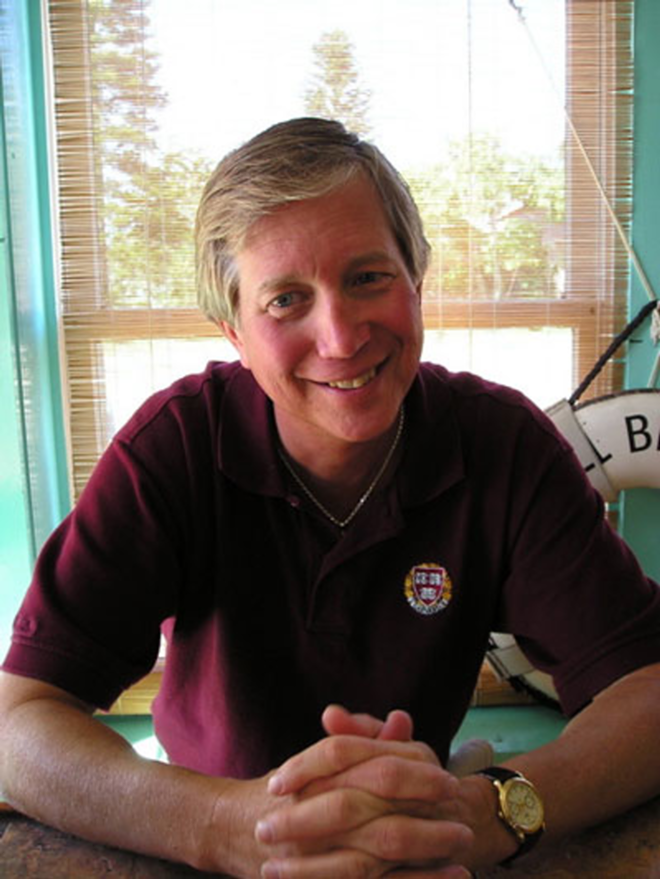 A few weeks ago, Largo City Manager Steve Stanton had never heard of the acronym LGBT (for lesbian/ gay/ bisexual/ transgendered). On Sunday, when he was spotted by a group of lesbian volleyballers on a beach in Gulfport, they broke into spontaneous applause.

It's been that kind of a week for Stanton. Prior to his brush with beachfront fame, he'd been talking with me in the Gulfport hangout Cahill's —- one in a long line of media encounters he'd been having or was about to have, from a Newsweek photo shoot at the Vinoy to appearances on Nightline and CNN with Paula Zahn. He'd been in the public eye for years as city manager, but had never experienced this kind of attention.

He didn't plan for it to happen this way. He had hoped, once he'd told a select few in Largo city government hat he was transitioning from male to female, that he could reveal the information according to a carefully calibrated plan, one that allowed time for policies to be adjusted and shock to die down. But that was not to be. The information about his transgender status was leaked to the St. Petersburg Times, the Times ran a story on its website, and before he'd even had a chance to tell his own son, he was all over the news. And when the Largo City Commission voted Tuesday to place him on administrative leave with intent to dismiss, he went from local notoriety to international cause celebre.

Stanton and I covered a range of topics during our interview. Stanton's lawyer, Karen Doering, senior counsel for the Southern regional office of the National Center for Lesbian Rights, was also present. The conversation was wide-ranging, touching on the events of the past two weeks but also going back to Stanton's childhood memories, and looking ahead to the broader implications of transgender rights. A slightly built man with candid blue eyes and blonde hair that's beginning to cover his ears, Stanton spoke forthrightly, suggesting the self-confidence that has marked his tenure as Largo's head honcho. He slouched into his barstool at times, though, his face squinching up with bemusement at his inadvertent fame. Audio from the interview will be available here later this week; the following is an edited transcript. A shorter version appeared in the March 7 print edition of Creative Loafing.

Neither Stanton nor Doering would confirm that they would be filing an appeal of the commission's decision. We discussed some of the legal ins and outs before I asked about a comment he'd made during the hearing on Feb. 27.

You said in the hearing that you wouldn't sue the city.

SS: Yeah, I certainly alluded to that — and I guess one of the things I certainly was not prepared for since the time of that meeting is the number of Largo residents who have called and expressed their disappointment and their anger [at the commission's decision]. All of a sudden in many ways this issue is no longer about Steve Stanton — I think there's a bigger issue that may be addressed as well.

What about the language in the city's employment policy, implemented in October of 2003 [that included language prohibiting discrimination in the workplace by any city employee on the basis of "gender identity or expression"]?

KD: In Florida it's not clear that it's a violation of law to ignore your own employment policies. [But] the fact that city has this policy, and they ignored it, may be evidence of their animus and their discriminatory bias. There are no explicit laws in the state of Florida or in federal laws that say you cannot discriminate based on sex orientation or gender identity, but there are ... claims that can be made under sex stereotyping or disability laws that do protect transgendered people — so employers are subject to potential legal liability for that kind of discrimination.

The appropriate thing to do in this situation would have been to complete the transition plan that the city was working on, provide the kind of educational trainings that the city had already begun, the mayor and human resources had already started. Then if there were employees who couldn't deal with it or who engaged in discriminatory behavior, what you do is you discipline the discriminating employee, you don't fire the person who makes other people uncomfortable.

Bottom line is, [the city] violated its own policy.

You went to the mayor in January. That was the first time she knew?

SS: Oh yeah, yeah. Mayor Gerard's reaction was anticipated but not taken for granted. She listened — it was a very emotional discussion on my part — and after two, maybe two and a half hours I completed my, um, discussion and said 'What do you think?' and she said "You didn't ever doubt that I would support you, did you?"