Century Oaks is back on the market for $23 million, and it's now the most expensive listing in Tampa Bay

An iconic estate in Clearwater with a history of record sales, is back on the market with its largest asking price yet.

Century Oaks, a massive compound in Clearwater, was listed Friday for a whopping $23 million, making it the highest asking price currently in Tampa Bay. Over the last couple years, the property's asking price peaked as high as $19,750,0000, but last January was sold to Clearwater Beach Company LLC for just $9.3 million. Today's listing price is now the highest the property as ever seen.

Located at 802 Druid Rd. S, this 28,000-square-foot estate comes with a 16,000-square-foot main house and a 5,200-square-foot guest house, which have a combined 16 bedrooms and 20 bathrooms. It also includes two pools, two tennis courts, a grand ballroom, a movie theater, a historic bell tower, terraced gardens, a ten car garage, and a 60-foot covered boat dock.

Essentially, you're buying a personal resort.

Named after its giant trees, Century Oaks was built in 1915 on the same site as Fort Harrison, which was a strategic military post during the Second Seminole War. The property changed hands quite a few times over the years, but just three years ago it was purchased by a couple from Dubai, who bought the estate for a record $11.18 million. 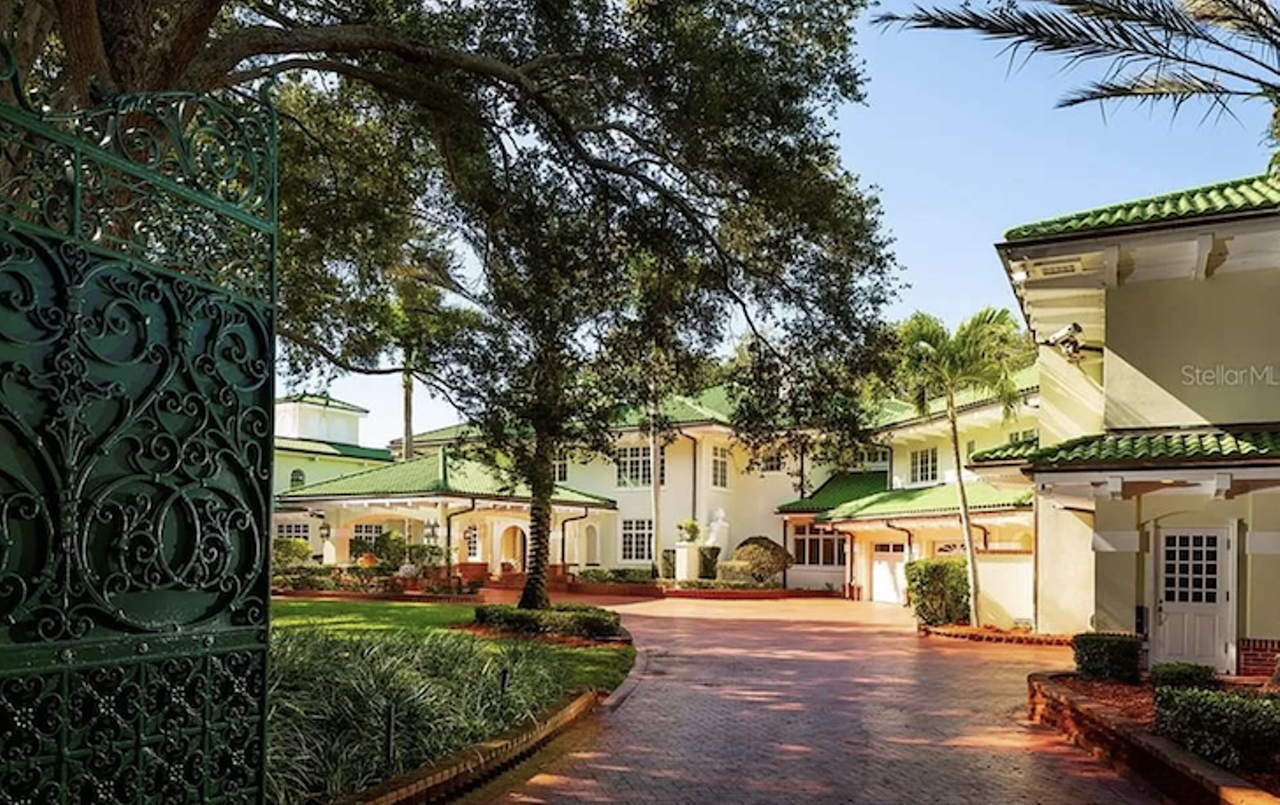 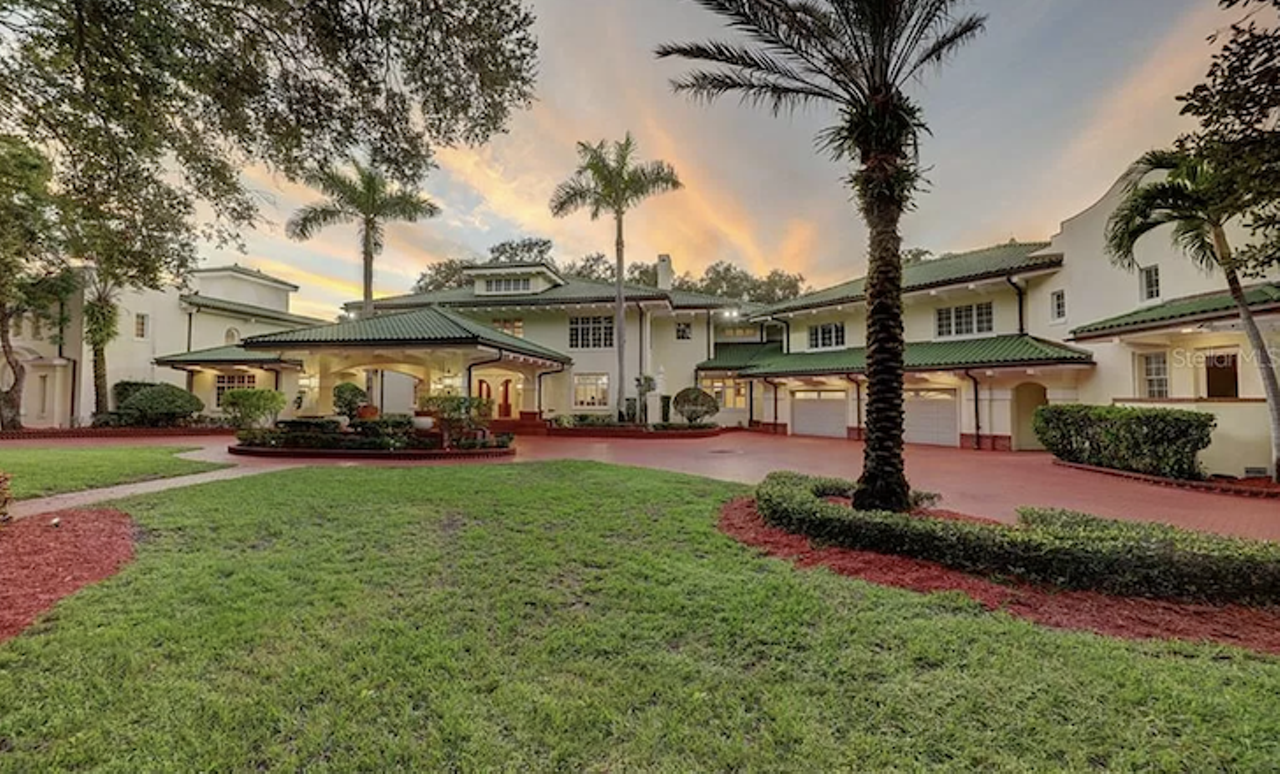 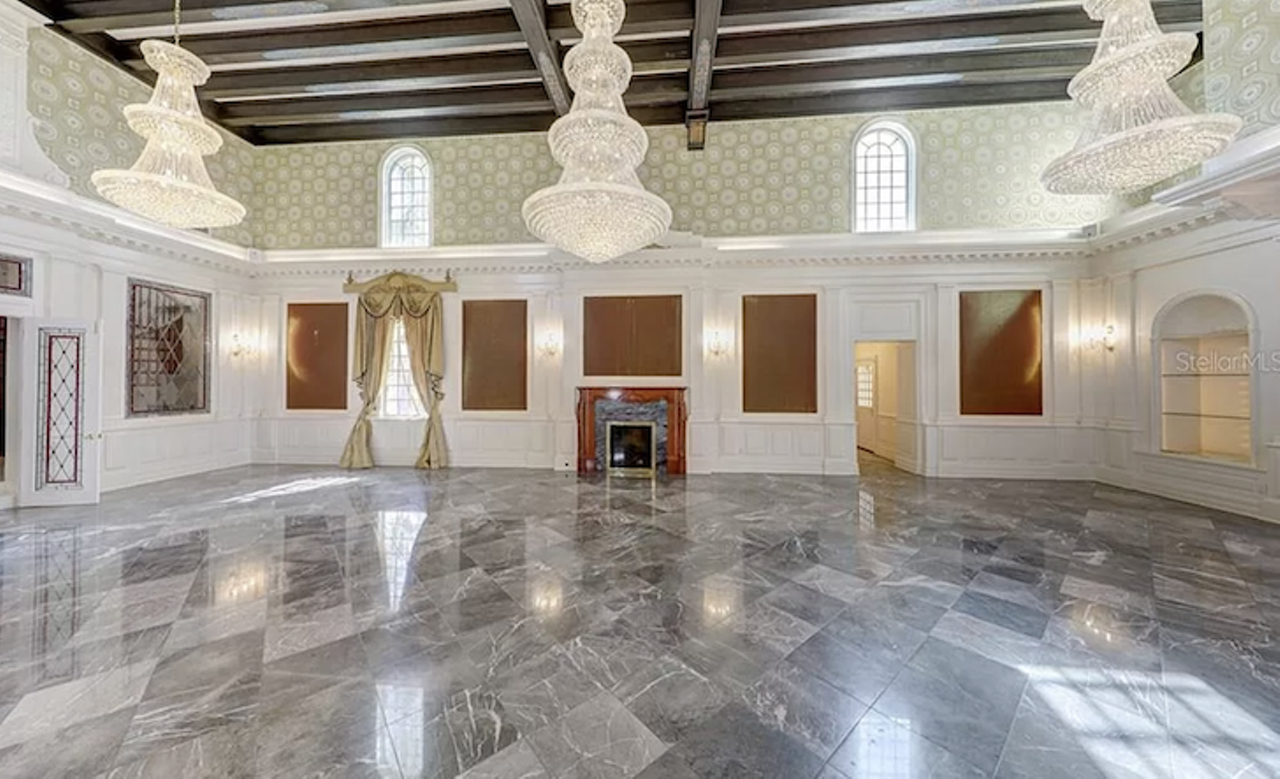