Mayor Pete Buttigieg stans for Biden in Tampa Bay, and shuts down a troll

(Biden is in Tampa today, and so is Trump, whose RayJay rally is leading to streets surrounding an early voting site being shut down for hours).

In Tampa, local vets with rainbow Biden flags were among the socially-distanced crowd members listening to Buttigieg, 38, speak outside the Tampa Bay History Center. Afterwards, Mayor Pete headed to St. Petersburg where he spoke to a few hundred people at Williams Park.

Also at the park was an attention-starved, right-wing online troll who’s moderated of “Pinellas County Crime Watch,” a pro-police Facebook group where members have literally called for violence against Tampa Bay protesters. Buttigieg, however, put on a clinic on how to treat those who oppose you by letting the troll—who served a 10-year federal prison sentence for wire fraud, once dressed up as a Muslim and attended a Pennsylvania Hillary Clinton town hall representing “Muslims for Clinton,” and showed up at a Sandy Hook funeral pretending to be a victim’s uncle—wiggle around while Pete asked the crowd how nice it’s going to be when the U.S. has a president who will actively work to improve the lives of even those who oppose him.

In between all that, Mayor Pete took five minutes to answer questioning from Creative Loafing Tampa Bay photographer and writer Dave Decker, who asked Buttigieg about how to balance the Supreme Court, a possible cabinet position in a Biden administration and, well, how the hell Pete’s been since he dropped out of the race on March 1. —Ray Roa

Following the death of justice Ruth Bader Ginsburg. Chuck Schumer said, “Let me be clear: If Leader McConnell and Senate Republicans move forward with this, then nothing is off the table for next year. Nothing is off the table.” So if the Democrats succeed in this election, the opportunity to expand the court will be the obvious option to rein in balance. This could inspire a cycle of retaliation from the GOP and future elections. Should there be a cap on how many justices can be added? How do you feel about the idea of term limits for the SCOTUS moving forward?

Term limits are a very interesting idea. They have pluses and minuses, but it's one way that we could get out of this strange reality now where justices seem to time their departure based on politics, which I don't think is healthy for the court. I think they're interesting ideas, like what's been called a "balanced bench," which is where you have a 15-member board, where no one party is able to have an overwhelming majority, because there has to be agreement on some of the justices. There might be other ideas to get the same objective done. What we know is that we've got to act to reduce the political temperature of the court because it's supposed to be a nonpartisan body. And that's why I was glad to see the Vice President expressed his desire to have a bipartisan commission of experts make recommendations about how we can reform reforming boards. They've gone through many reforms over the years through American history. And, you know, we should make sure that within the U.S. Constitution, we look at steps to make it a stronger institution and get rid of this, this kind of constant sense of ideological doom.

In regards to future plans, given given your experience working in the media, as mayor of a great American city, as a policy and research specialist, as a Naval Intelligence Officer, and somebody who is a crusader working on issues of disempowerment of workers and racial disparities and healthcare issues and access, just to name a few… Would you, and are you, considering a place in President Biden's cabinet?

We're trying not to get ahead of ourselves. We've got six days to go. We've got to get him elected. What I will say is that as the President-elect, Joe Biden, I hope, is setting out his priorities. He can expect my support in whatever way he thinks is most beneficial, whether that's a return to public service or in some other way.

One last quick question. On March 1, you basically dissolved your candidacy. Since then, how are you doing, man? I mean, how's the family? It's been a while.

Thanks for asking. It's, you know, it's one kind of test for your marriage to be on the road and apart all the time. Now, we're going through a whole different experience being together all the time and barely leaving home, especially those first months of the pandemic. And it's brought us together in a lot of ways. It's been good to be rooted in one place. And anytime the dogs, Buddy and Truman, are definitely glad to have a little more time.

That's awesome, man. Do you feel like you guys are getting out more doing more stuff?

Yeah, you know, we're doing things like this. It's different than it used to be. There's more natural ways to do it safely. But I'm thrilled to get out on the road anytime we can safely do it to help the cause. 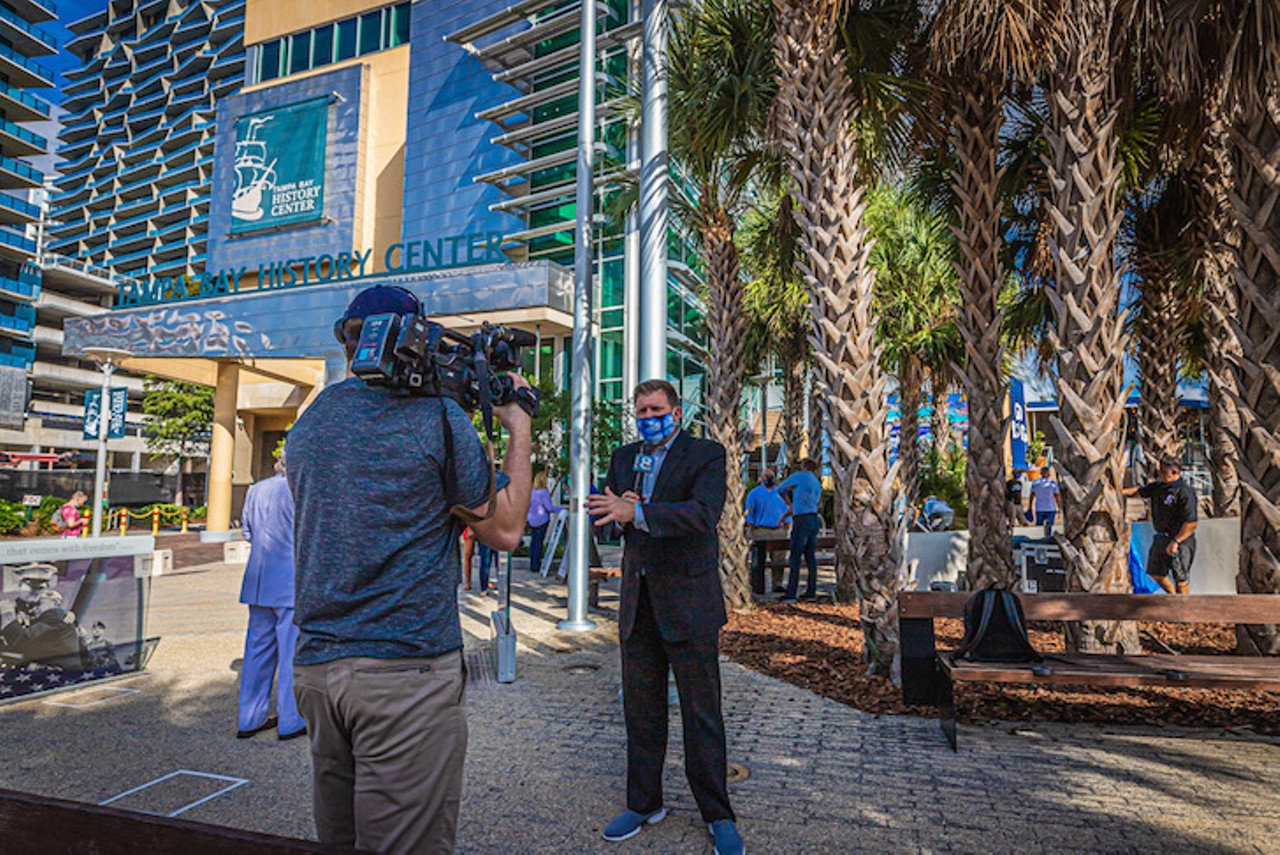 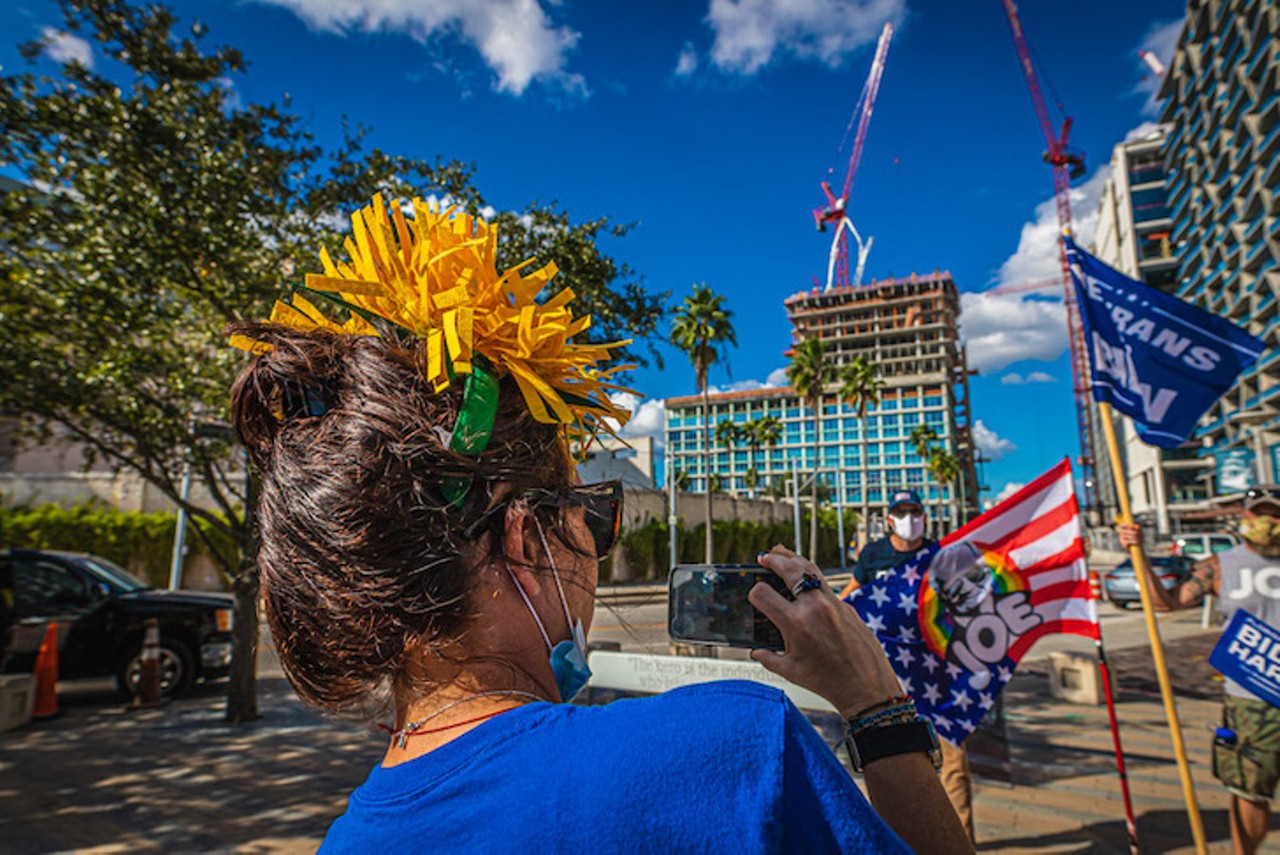