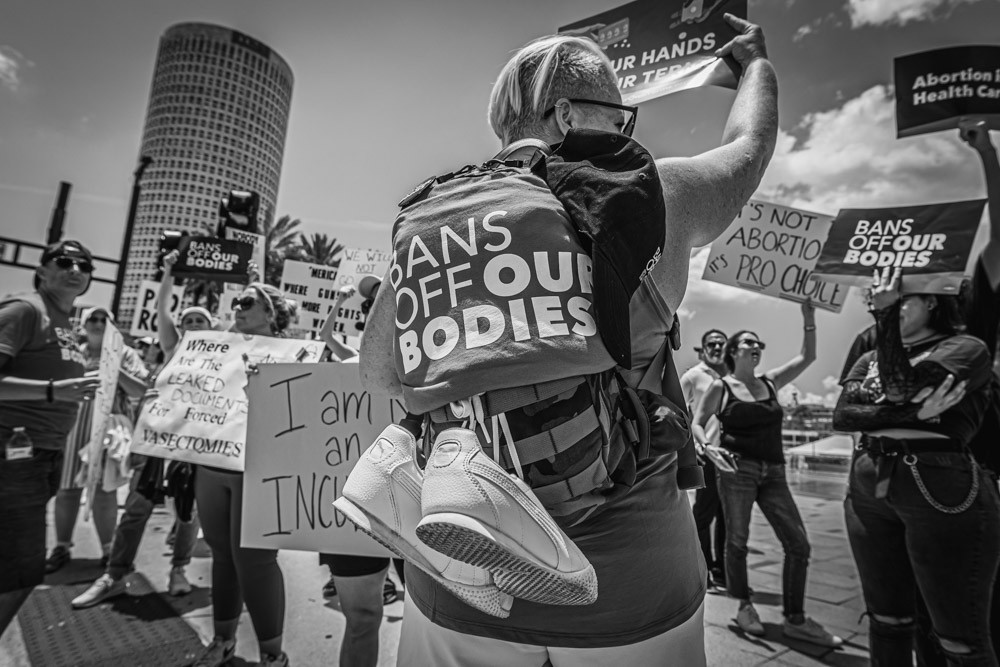 The rally followed reports of a leaked draft of a U.S. Supreme Court opinion that would overturn Roe vs. Wade, and effectively end the constitutional right to have an abortion, as well as a failed attempt by the U.S. Senate to legalize abortions on a national scale.

According to Creative Loafing Tampa Bay photographer Dave Decker, the rally occupied as much as three city blocks at one point, and no counter protesters were present.

“I am a mother by choice” one sign reads…

This march occupied 3 city blocks and at one point, both side of the streets were filled.

No reactionary ‘pro-life’ folks were present.