Proud Boys, neo-Nazis and everything else we saw at the CPAC freakshow in Orlando

As you surely know (unless you're on a self-imposed news blackout, in which case, we are kinda jealous) CPAC—the Conservative Political Action Conference—came to Orlando this year instead of taking place in its usual Washington, D.C., environs.

The convention, which was mostly about conservatives praising their Trump Lord and complaining about getting "canceled," went down in the Hyatt Regency Orlando, but the action spilled out onto International Drive—action consisting mostly of people yelling at each other.

Photographer Dave Decker was on the scene and documented plenty of the action, or lack thereof. Besides attracting Trump himself, CPAC was also a gathering of the usual conservative opportunists, red-pilled Facebook grandmas, QAnon supporters, white supremacist groups, and MAGA merch grifters.

Among the crowds at the weekend-long conference, we spotted the terrorist group the Proud Boys, the pro-white Groyper group and its neo-Nazi leader Nick Fuentes, as well as Auto Trader heir and MAGA rapper Forgiato Blow, to name a few.

This slideshow first appeared at our sister publication Orlando Weekly.

Photos by Dave Decker HTTPS://PHOTOS.CLTAMPA.COM/TAG/DAVE-DECKER/
Scroll down to view images 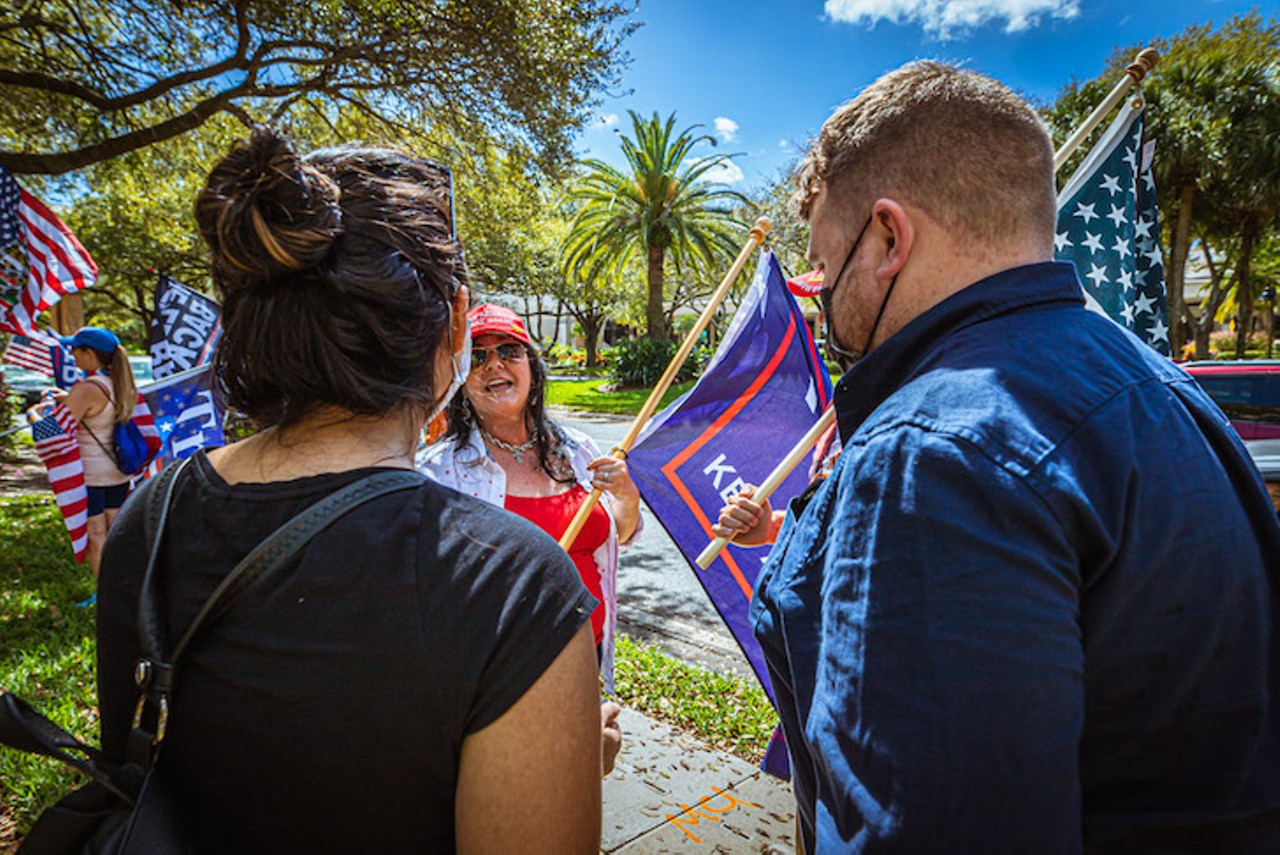 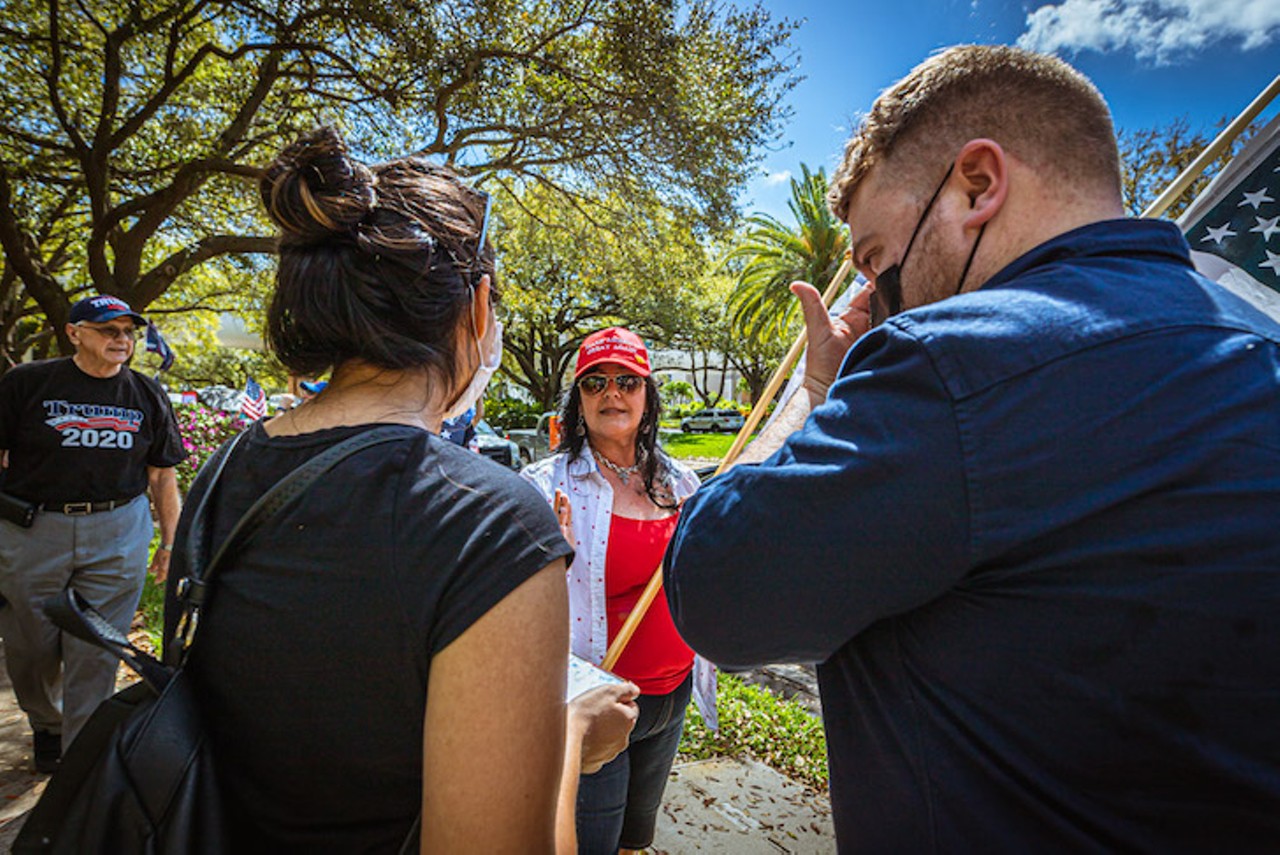 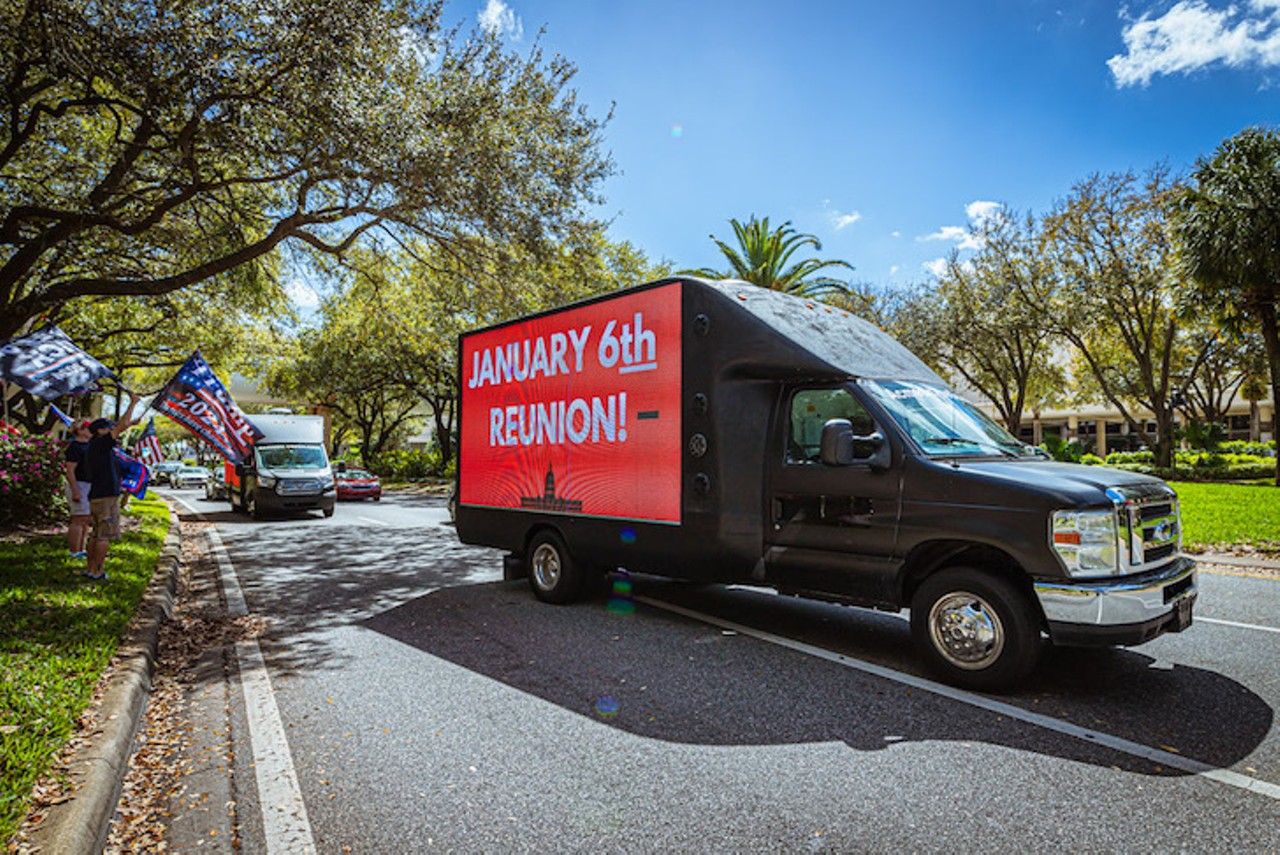 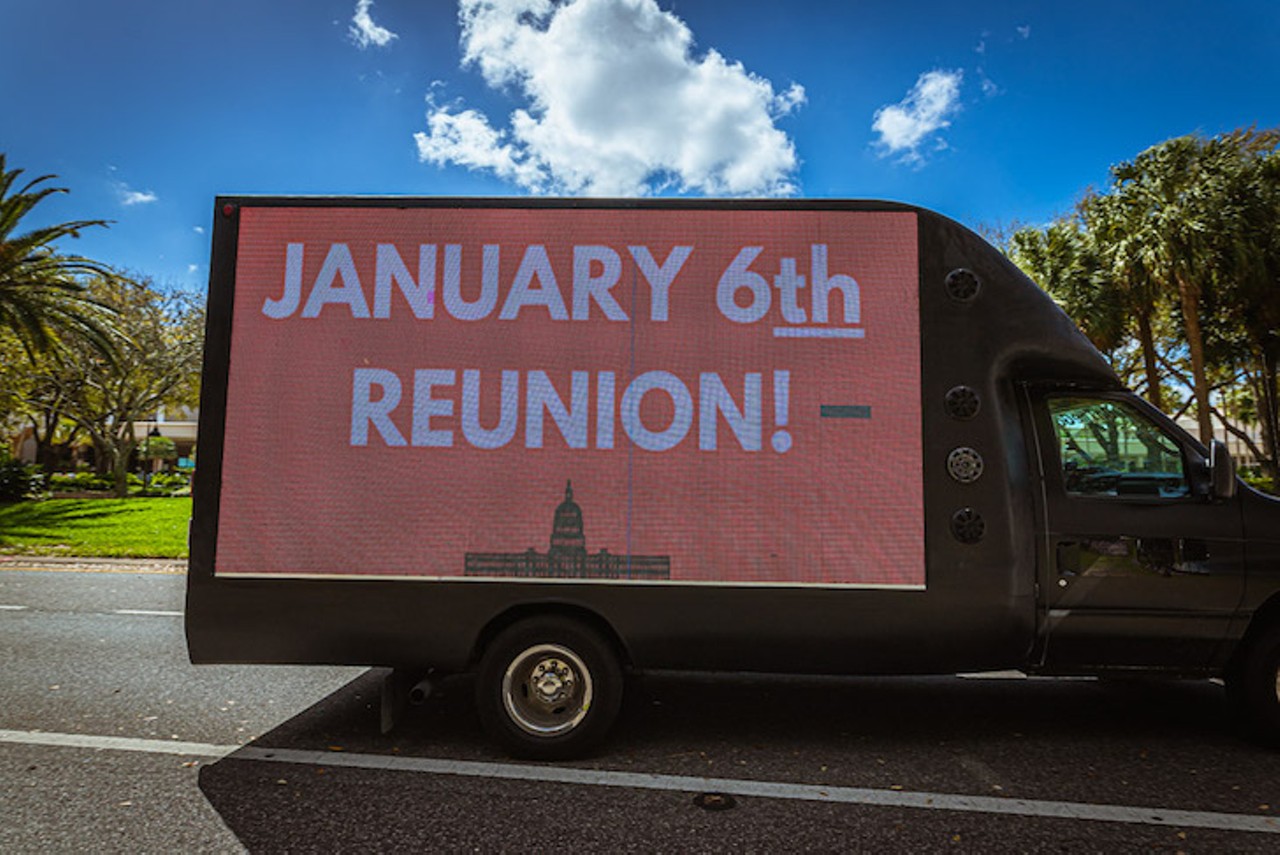 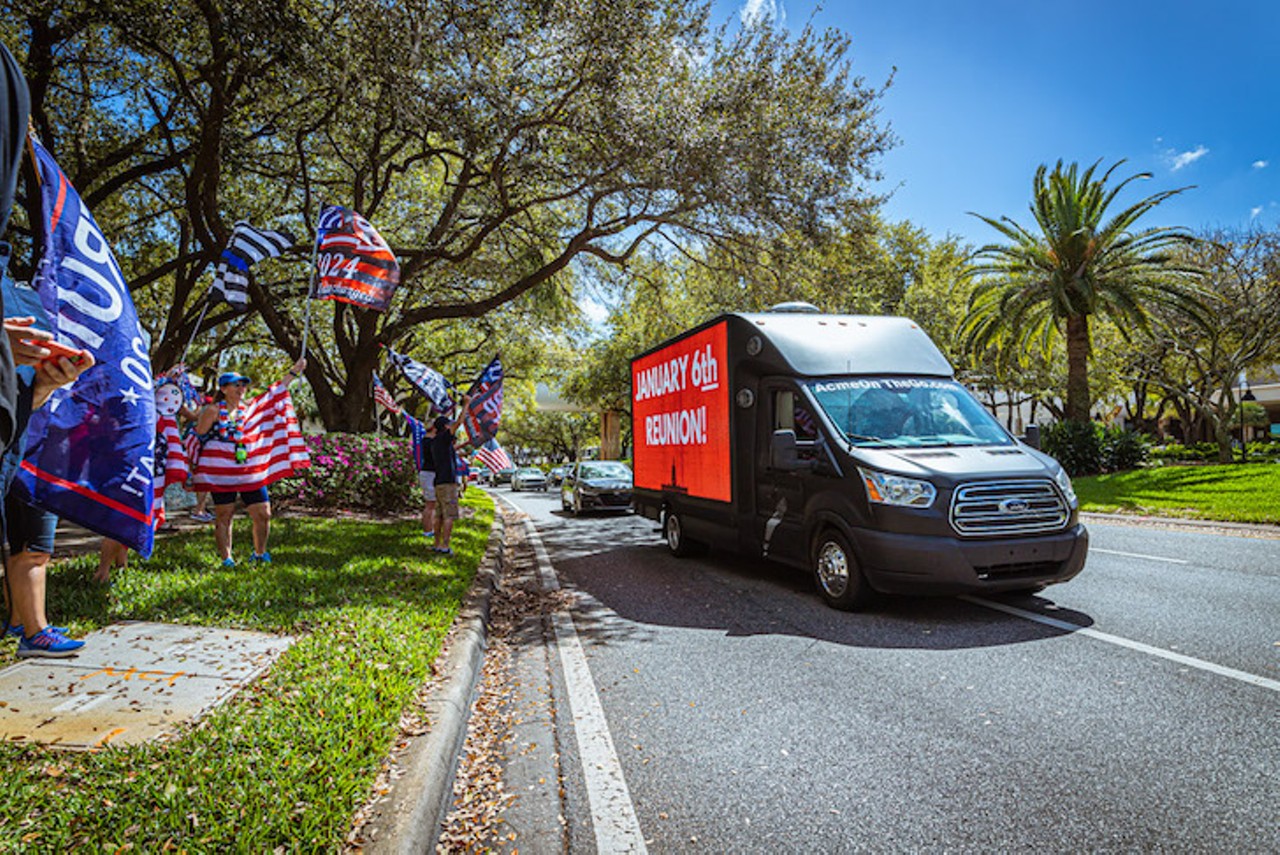