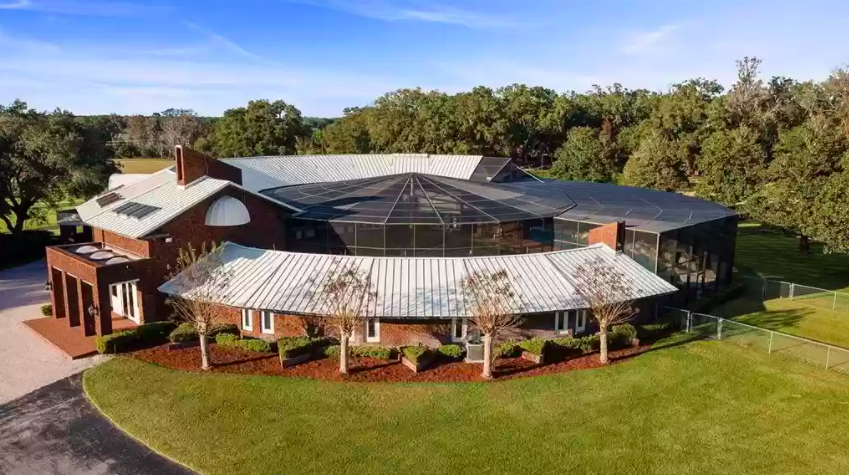 Photo via Zillow
A giant estate owned by one of Florida's prominent dairy families is now going to auction in Ocala.

Located at 3707 NW 110th Ave., the Frank Lloyd Wright-inspired home was built in 1981 and is owned by the Waldrep family, who until 2005 operated South Florida's last remaining independent dairy farm.

The 11,520-square-foot main house comes with five bedrooms and seven bathrooms, as well as a theater, a pool and spa, an outdoor kitchen, and an indoor racquetball court and fitness center, says the listing.

The 80-acre estate features multiple buildings, including four brick horse barns with 32 stalls, offices and labs, and an eight-car garage with a workshop.

In 1928, Wiley Waldrep established the Waldrep Dairy Farm on what is now known as Cooper City. Multiple local publications referred to him as "Broward County’s last real cowboy."

After his death at 91 in 1997, his grandkids attempted to keep the family farm in operation, but in 2003 they accepted an offer from a Greek developer called Tousa Inc. for $104 million. Today, a sprawling $1 billion, 1,900-home housing development called Monterra sits where Waldrep's cattle used to roam freely.

The auction for the entire Waldrep estate is starting at $9,500,000, and will be held without reserve, on-site, Saturday, Feb. 26.  The listing agent is Linda Doyle of Royal Shell Real Estate.
Scroll down to view images 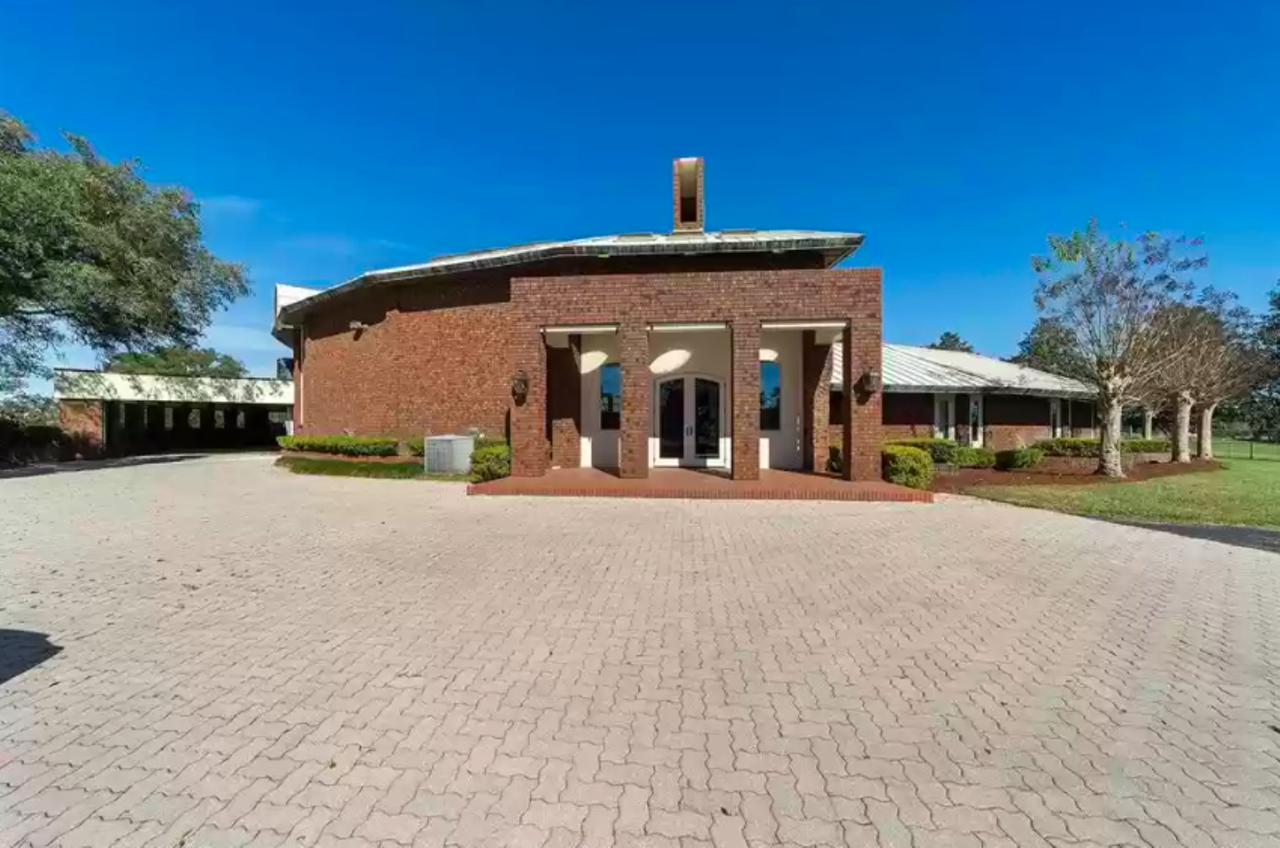 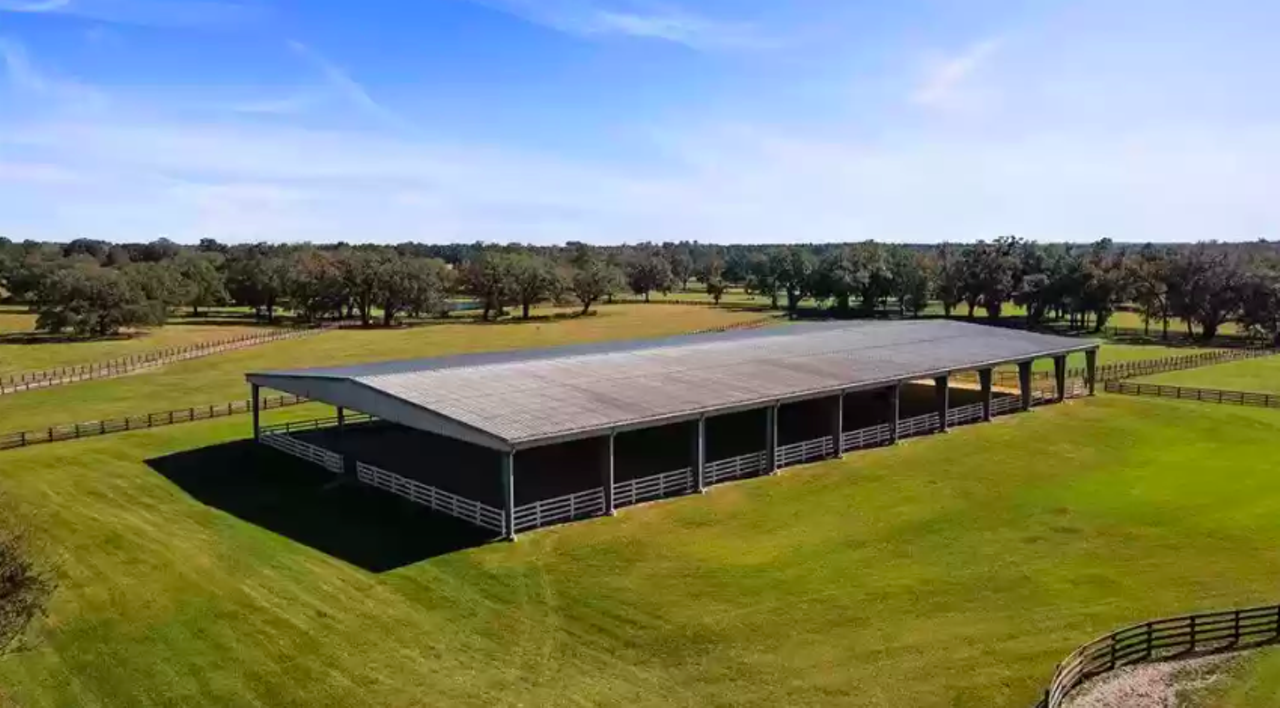