This historic Black church in Central Florida is now a house, and it's on the market for $165K

A historic Black church that dates back to the 1880s is now for sale in Orange City.

Located a short drive north from Orlando at 314 Cherokee Ave., the building was originally the Mt. Barrien Primitive Baptist Church. "It's actually one of the last remaining Black religious structures in the area," said realtor Shawn Pupello, who is also member of the local Historic Preservation Board.

"The chief founders were Henry Harrison and Solomon Hall," wrote Pupello in a recent newsletter for Orange City. "When founded, and into the late 1930s, the street had no name. It was commonly called 'the road around the lake.' Many prominent families attended when the church was first started, and the church continued to receive their support into the 1960s."

The congregation eventually moved to a new building on E Blue Springs Avenue (along with the original bell tower), says Pupello, and over the years the structure became a residence to multiple owners. However, the building was in desperate need of repair until 2020, when it was completely renovated and updated by the last owners.

The 1,503-square-foot house now comes with three bedrooms, and two bathrooms, as well as a new A/C unit, and updated appliances.

The church house is currently asking $165,000 and the listing agent is Shawn Pupello of Glory Intl. Real Estate Co. 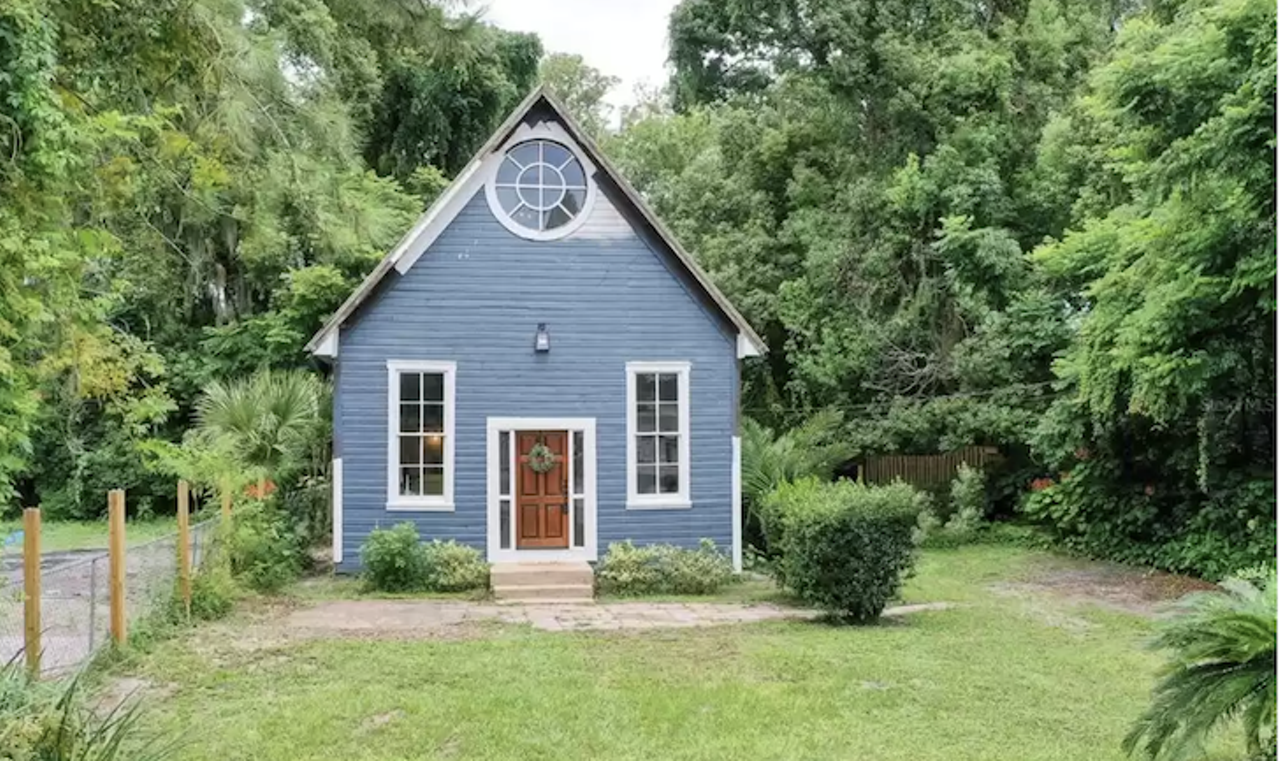