It’s gonna take a while though. 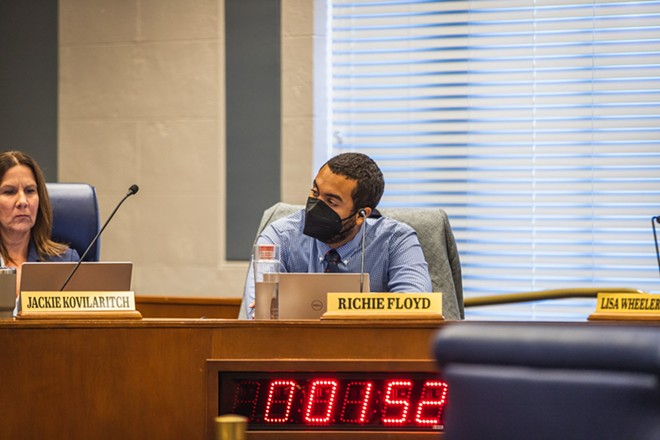 “This is something we can do as far as funding eviction aid services,” Bradley Tennant, assistant city attorney said, adding that the program would have to be funded year-to-year and is best done via a council resolution.

Council member Richie Floyd brought the issue to the committee back in April. Thursday was the second meeting on right-to-counsel or RTC, a program that has shown eviction reductions as high as 84% in New York City.

After initial meetings, St. Pete officials remain open to offering more renters a guaranteed right to legal counsel: A timetable is unknown, and councilman Richie Floyd wants tenants to have the option before they’re facing eviction.

The default rate is when a judge hears the eviction case and votes in favor of the landlord seeking the order, often because the tenant can’t afford legal representation. Floyd estimates that a program in St. Pete could cover 382 to 954 cases in its first year alone, depending on how many people can be reached.

“The financial burden isn’t that high upfront,” Floyd said. “And there are huge payoffs down the line in terms of cost of services saved.”

Amy Foster, former city council member for District 8 (Floyd’s predecessor), is now the community and neighborhood affairs administrator for Mayor Ken Welch. She spoke for the administration and cited support for the initiative, pending funding and data are all in order.

“The administration certainly supports the idea of reducing evictions that lead to homelessness,” Foster said.

Foster currently serves as CEO of the Homeless Leadership Alliance of Pinellas. During her final city council meeting last year, Foster notably passed a motion referring the issue of rent control to the new city council in 2022. 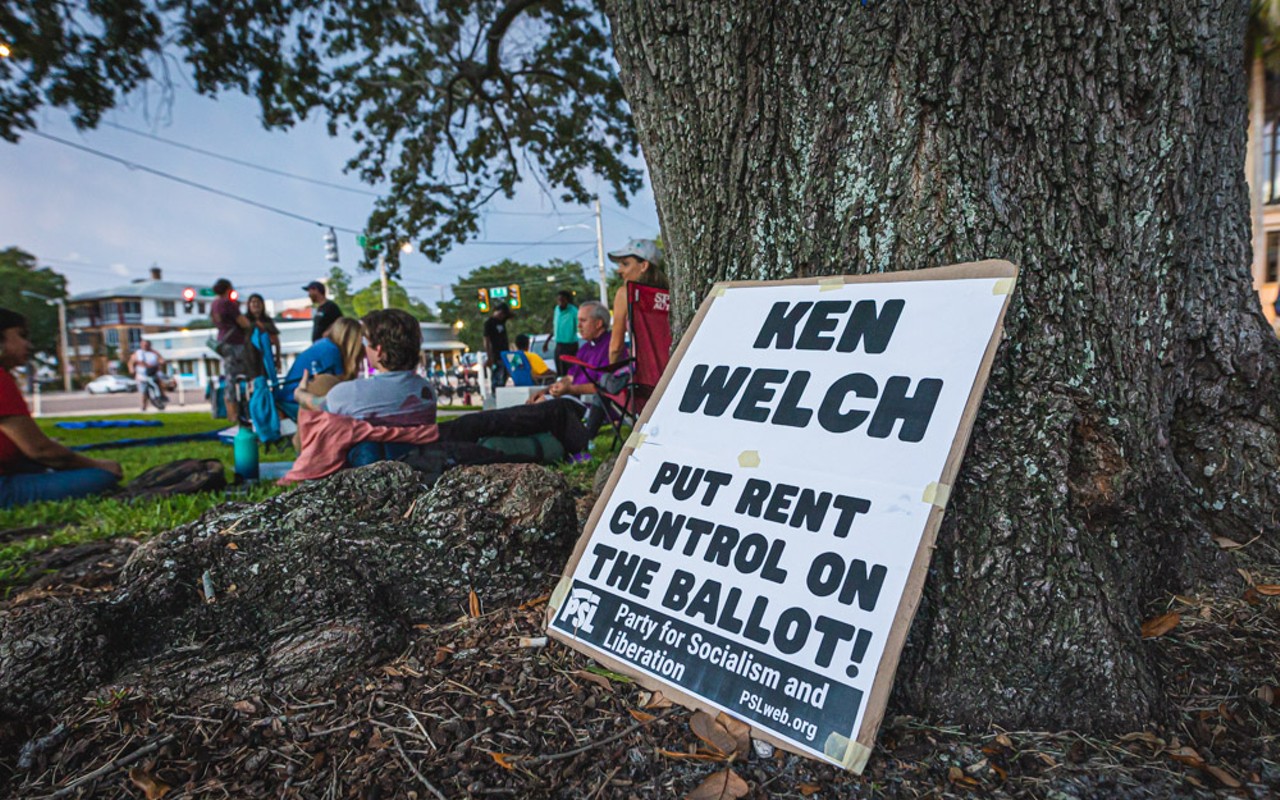 St. Pete City Council says no to putting a rent control vote on November ballot: Council members also failed in advancing even the possibility of rent stabilization ordinance in 2023.

Movement on RTC comes after a failed motion to refer rent control to the YFS committee last week. All those on the YFS committee initially voted in favor of putting rent control on the ballot via a resolution two weeks ago. Council member Copley Gerdes didn’t support the amended motion last week; the rest of the YFS (Figgs-Sanders, Wheeler-Bowman, and Floyd) voted in favor.

“The more questions we get answered, the closer we are to yes,” Committee chair Deborah Figgs-Sanders said.

Discussion on income requirements for those accessing future services remains under debate.

Figgs-Sanders agreed. But Floyd, Gerdes, and Wheeler-Bowman don’t think folks facing eviction should have to prove income guidelines to get help.

“I’m not wanting to burden people with paperwork to get into the system to provide income levels when the entire [eviction process] is five days long,” Floyd said. “I don’t want us being scared of some hypothetical rich person deciding they want to use some community law program, it’s not gonna happen...I’m not going to support some cumbersome verification process.”

Income guidelines aside, the program also needs to be funded, and that revenue source remains to be seen. Floyd, city administration, and legal will go back and find possible revenue streams, and wording for the possible resolution. Based on Thursday’s meeting, Foster is applying for the city’s participation in a process called an RTC sprint, where different community leaders are brought together to figure out how to implement RTC. A new city position tracking those facing evictions is in the works, and data is being collected to determine who isn’t able to access existing services due to income or other barriers.

“We can’t fund the whole universe,” Foster said. “We need data to establish that gap.” 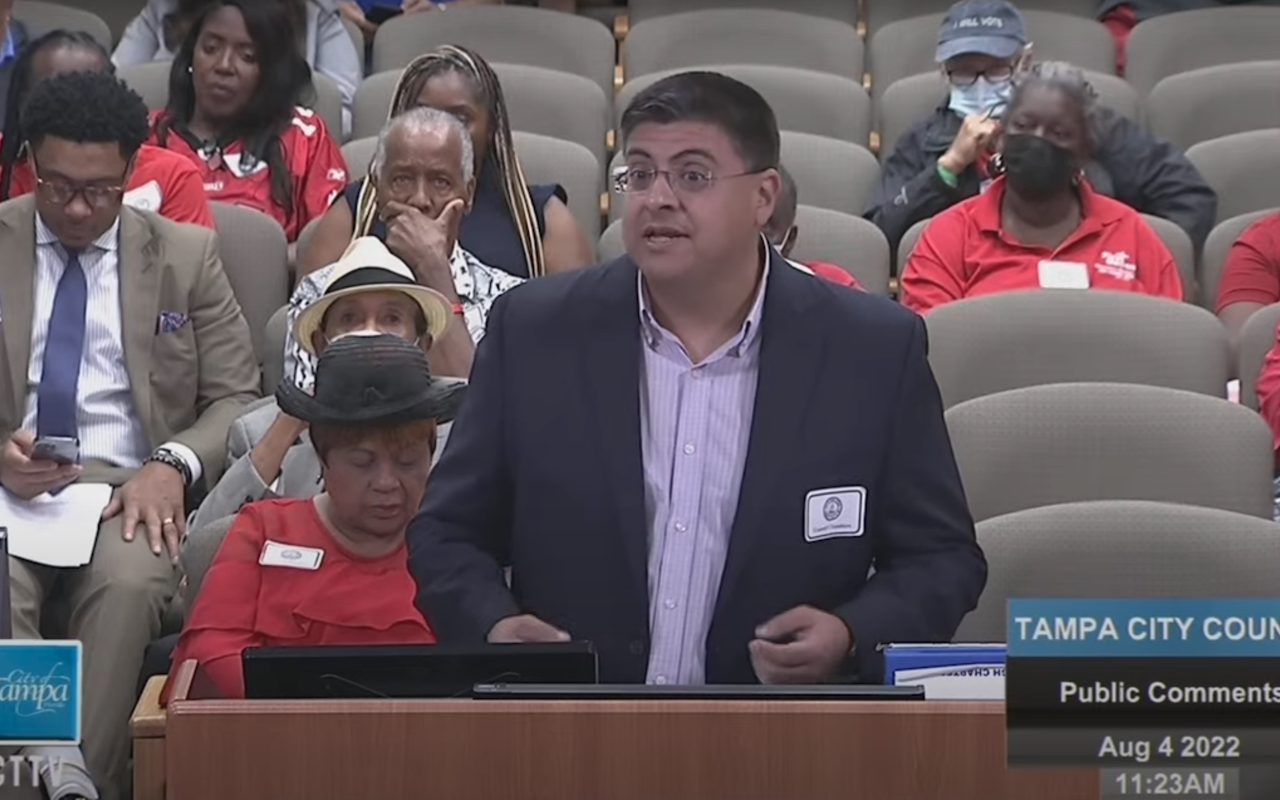 Landlords and City of Tampa staff talk council out of putting rent control on November ballot: There's still opportunity for rent control to make it on another ballot, and one council member thinks March is an option.

In addition to pursuing RTC, the committee asked about the city’s including available services in the Tenant Bill of Rights, either at the time of lease signing or eviction (or both). And Floyd asked about possibly advertising those rights visually via posters (think Workers Compensation in the breakroom). Eventually, the plan is to bring the program and resolution in front of the city council to vote on. But all of the above will take at least a couple of months, according to the administration.

It’s been a long few weeks for housing justice advocates in Florida. There were two weeks of sleep-ins outside St. Pete City Hall demanding a vote for rent control. Locals spent hours pleading with and telling their elected officials about the many ways the housing crisis is hurting their lives, only to see St. Pete’s recent bid for rent control fall flat. Tampa failed to advance its own ballot initiative for rent control recently, too. Orange County passed its rent stabilization ballot initiative last week, only to be sued this week by the Florida Apartment Association.

Photo by Dave Decker
St. Petersburg City Council member Ed Montanari.
“There were multiple tents in front of City Hall and one person was cited for that,” Montanari said. “Was there a permit request to put those tents there?”

“Through my department, no sir,” Holloway said.

Allendale United Methodist Rev. Andy Oliver was the one citation.

“Tell me about the law, if sidewalks are being blocked and there’s no permit and the police come and see that, are the tents supposed to be removed?” Montanari said.

“Yes sir, when I was here the sidewalk was not blocked,” Holloway said. “We could only cite one person because he said the tents belonged to him. I made the decision to have tents removed first thing in the morning.”

“So the sidewalks weren’t blocked?” Montanari asked. “Are they allowed to have a tent on the sidewalk?”

“No sir,” Holloway said. “That was my discretion.”

“We had a lot of speakers the next day that said they stayed in their tent all night,” Montanari said.

“We can guarantee that won’t happen again,” Holloway said.