A new full-season stadium will likely cost upwards of a $1 billion, and that's a lot of cash to muster up in a short window. 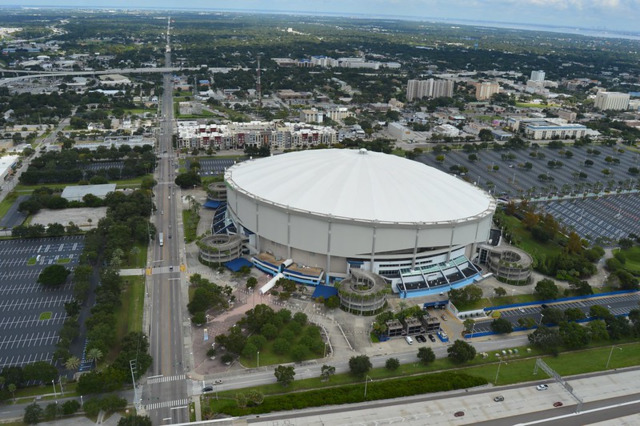 CITYOFSTPETE/FLICKR
After three years of holding Tampa ransom with an unfeasible and near-universally hated plan to split seasons with Canada, Rays principal owner Stu Sternberg has finally received his proverbial dinger to the jock strap.

Sternberg's comically shitty plan has been widely panned by everyone from fans, Tampa Mayor Jane Castor, St. Pete's last mayor Rick Kriseman, legendary sportscaster Dick Vitale,  the team's minority owners, and even Canadians. However, the plan did garner support from sources like the Tampa Bay Times editorial board (whose former investor owns the property near the new proposed stadium) and a handful of local rich guys, who also directly benefit from a new stadium.

For now, Sternberg says his goal is to keep the team in the region, despite shitting on the very same region for the past decade and a half.  "Our goal is – and always has been– for the Rays to thrive here in Tampa Bay, today in  future generations," said a statement from the team.

This, of course,  is actually the complete opposite of what Sternberg has said to the public. As pointed out by  the Shadow of Stadium Twitter account, Sternberg has previously said he'd "vaporize" the team if he didn't get a stadium, that there's "five other markets" he could sell the team to,  and that he'll sell the team to someone who will move them out of Tampa Bay.


Stu Sternberg 2022: "I have never threatened to move the team out of the region."

Stu Sternberg 2010: the only way to keep the Rays is a new stadium, and if not, there are "five markets" that would be better homes for the team. https://t.co/o91Xi1KV5R

This is all to say it was never about land our attendance for Sternberg. It's about tax breaks. Sternberg, who has a reported net worth of $800 million,  is now seemingly stuck in Tampa Bay, but that doesn't mean he won't threaten to leave to get what he wants.

And, rather than just paying for his own stadium, he will likely now go all-in on getting that sweet sweet tax break, and it's also safe to say that the Times Editorial Board and these same Tampa rich guys will help him do it.

And why not? So far Mayor Castor has stated that she wants the team to stay. "All along our goal has been to keep the Rays in Tampa Bay. We had been working on both sister city and full season proposals, and now we can focus all of our energy on a full season, said Castor in a statement. "I am optimistic the Rays will call Tampa Bay home for many years to come."

St. Pete Mayor Ken Welch echoed this sentiment, and added that he hopes the Rays work with St. Pete and consider his "planned evolution of the Tropicana Field master development proposals." 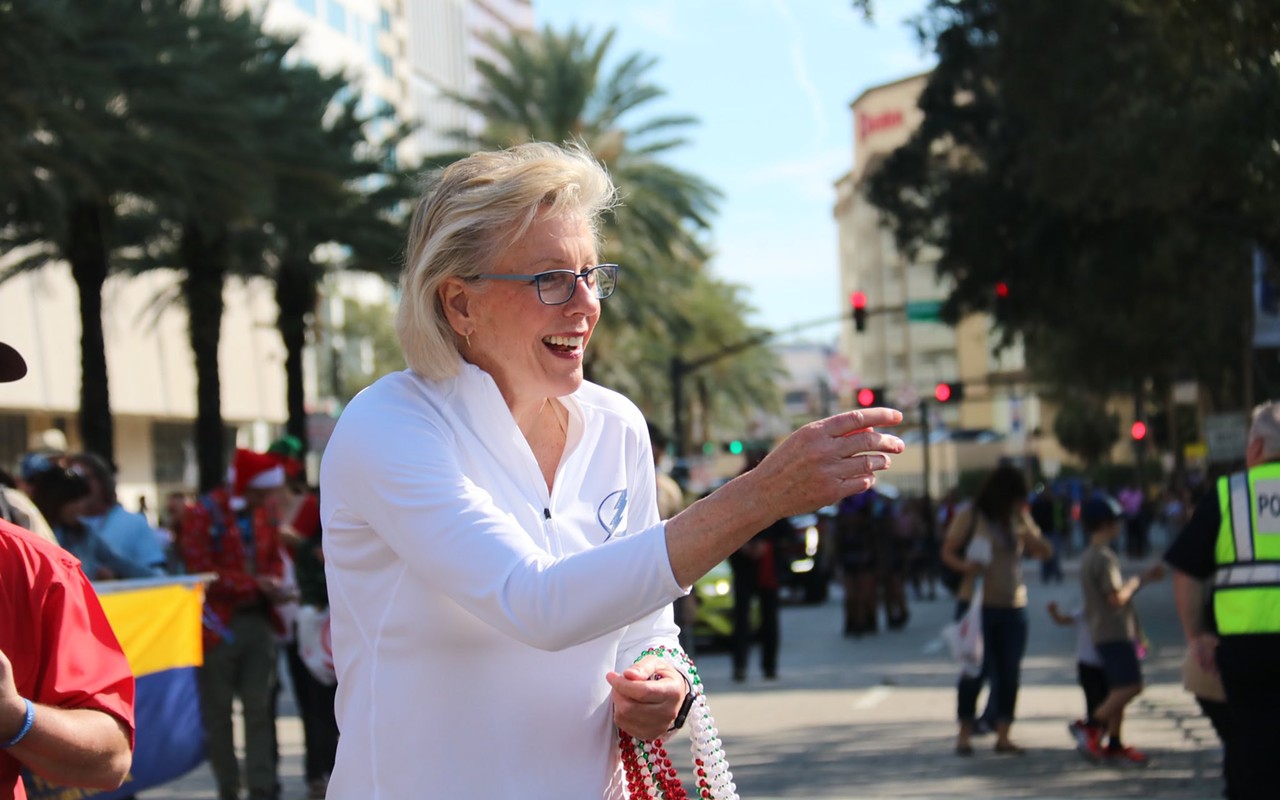 Poll asks residents if they'd re-elect Tampa Mayor Jane Castor and pay $350 million for a new Rays stadium: Yesterday, the City of Tampa told TBT that "no dollar figure has been agreed upon" for the proposed stadium.

It's important to note, that no exact dollar amount was publicly announced for Tampa's proposed "boutique" stadium, but a poll sent out by Mayor Jane Castor's reelection campaign asked residents if they were cool with spending $350 million for the idea, with Sternberg reportedly paying another $350 million.

But this is pretty much irrelevant at this point since a new full-season stadium would require a roof, and would likely cost upwards of a $1 billion, and that's a lot of cash to muster up in a short window.

According to the Tampa Bay Times, Sternberg would have to finalize plans for a new stadium by next year in order to be ready for the 2028 season opener, which seems highly unlikely at the moment.

“It’s no secret that as of now we don’t know where we’re playing on opening day of 2028. We don’t have a plan. There wasn’t a Plan B,” said team president Brian Auld to the publication. “We certainly need to hurry up with this, and I believe we’ve got a lot of great partners in this community that want to see us be successful. We look forward to engaging in conversations with them in the very near future.”

In other words, let the public shakedown commence!